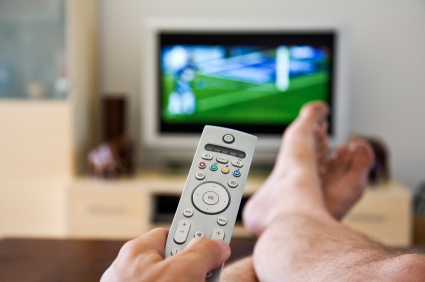 (CBS News) If you're one of the millions of people who plan to stay in a hotel this summer, a new study suggests you might want to bring your own remote.

The study found one of the most contaminated surfaces in hotel rooms was the television remote, right up there in bacteria levels with the toilet and bathroom sink.

"Hoteliers have an obligation to provide their guests with a safe and secure environment," study presenter Katie Kirsch, an undergraduate researcher at the University of Houston, said in a news release. "Currently, housekeeping practices vary across brands and properties with little or no standardization industry wide," she said. "The current validation method for hotel room cleanliness is a visual assessment, which has been shown to be ineffective in measuring levels of sanitation."

For the study, researchers sampled 19 surfaces in nine different hotel rooms across three states. They tested the mop, sponge and glove from housekeepers' carts, as well as surfaces in the room for general aerobic bacteria as well as coliform bacteria, which comes from feces. Consistently the mops and sponges were the two highest areas sampled in the room, study author Katie Kirsch said at the American Society of Microbiology's annual meeting in San Francisco on Sunday.

That significantly raises the risk for cross-contamination, she said. "If you clean the toilet with the sponge then go to the counter where you put that toothbrush, that bacteria can be transferred," Kirsch said.

"They're quite difficult to clean, and I don't think everybody appreciates just how well these organisms can fit into the nooks and crannies," Dr Ron Cutler, deputy director of biomedical science at Queen Mary, University of London, told WebMD of remotes. "If you eat in the same area as your TV remote, and you spread food, then it gives organisms the chance to grow.

The least contaminated areas researchers found in a hotel room were the headboard on the bed, curtain rods and bathroom door handle.

Kirsch noted surfaces in some rooms were cleaner than others, suggesting a need for more consistent cleaning standards. The researchers also didn't test to see if the bacteria caused infectious disease - so it's unclear if a guest might get sick - but the contamination levels are a reliable indicator of overall cleanliness, Kisrch said. She also warned the study is preliminary since the sample size was only nine rooms, and more research is needed.