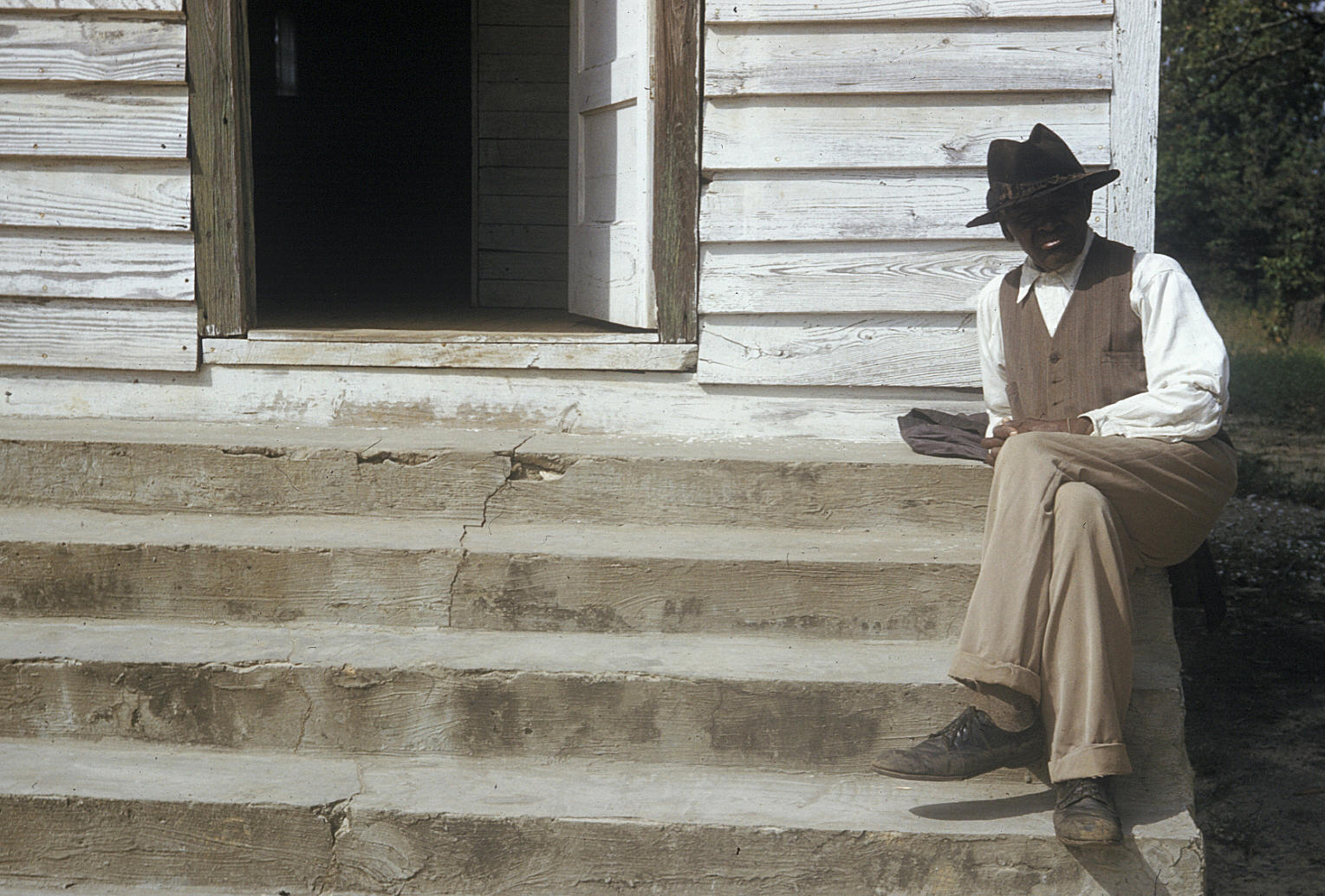 Decades later, it's hard to grasp what the federal government did to hundreds of black men in rural Alabama. Especially if you're among their descendants, who continue to gather in memory of their fathers and grandfathers.

For 40 years starting in 1932, medical workers in the segregated South withheld treatment for unsuspecting men infected with a sexually transmitted disease simply so doctors could track the ravages of the horrid illness and dissect their bodies afterward.

Finally exposed in 1972, the study ended and the men sued, resulting in a $9 million settlement. Twenty years ago this May, then President Bill Clinton apologized for the U.S. government.

But it did not mark the end of the study's ugly legacy.

Relatives of the men still struggle with the stigma of being linked to the experiment, what's commonly known as the "Tuskegee Syphilis Study." For years they have met privately to share their pain and to honor the victims.

And, amazingly, that class-action lawsuit filed by the men in 1973 has outlived them all. The litigation continues to this day, with a federal court currently considering a request that will help determine the study's final legacy.

A key, unanswered question: What should be done with unclaimed settlement money that still sits in court-controlled accounts?

A man, not a disease

Lille Tyson Head wants people to know that her father, Freddie Lee Tyson, wasn't just someone infected with syphilis, but a wise and gentle man who had many achievements.

Once a sharecropper in the fields of rural eastern Alabama, Tyson became a carpenter early in his marriage to Johnnie Mae Neal Tyson. He helped build Moton Field, where the famed Tuskegee Airmen learned to fly during World War II, he later worked as a firefighter there, his daughter said. He also worked for the government after it established the Tuskegee National Forest in eastern Alabama. Around 1960, he moved the family out of the Jim Crow South to Connecticut, where he worked in a factory.

"He was a wise man, very gentle. He was a disciplined man. Active in the church, loved his family and his extended family," said Head, of Wirtz, Virginia, one of the Tysons' eight children. "He was a good man. He had a sense of humor, he was a good dancer."

Though he displayed no symptoms, Tyson also was born with congenital syphilis inherited from his mother, Head said. And that is how he became a participant in the "The Tuskegee Study of Untreated Syphilis in the Negro Male."

Located about 40 miles east of the state capital of Montgomery, Macon County is one of the poorest places in a poor state. In the early 1900s, the majority-black county had many cases of syphilis — the disease affected about 35 percent of residents of reproductive age.

In 1929, government doctors working in conjunction with a philanthropic fund began treating syphilis patients in the county with bismuth and mercury. Few people were cured, according to a summary from the CDC, and some died.

Three years later, the U.S. Public Health Service, working with state and local health agencies, began what was supposed to be a short-lived program in Tuskegee to record the progression of the illness, a bacterial infection which begins with a small sore and can progress to open wounds, blindness, deafness, mental illness and death.

Workers initially recruited 600 black men into a health program with the promise of free medical checks, free food, free transportation and burial insurance in a county where many blacks had never even seen a doctor. The men were tested and sorted into groups — 399 with syphilis and another 201 who were not infected.

The disease-free men were used as a control group. Health workers told syphilitic fathers, grandfathers, sons, brothers and uncles only that they had "bad blood."

None of the men was asked to consent to take part in a medical study. They also weren't told that "bad blood" actually was a euphemism for syphilis. Instead, doctors purposely hid the study's purpose from the men, subjecting them during the study's early months to painful spinal taps and blood tests.

Medical workers periodically provided men with pills and tonic that made them believe they were being treated, but they weren't. And doctors never provided them with penicillin after it became the standard treatment for syphilis in the mid-1940s.

The government published occasional reports on the study, including findings which showed the men with syphilis were dying at a faster rate than the uninfected. But it's doubtful any of the men — or their wives, girlfriends or other sexual partners — had any idea what had happened until an Associated Press story was published nationwide on July 26, 1972.

The next morning, farmer and community leader Charlie Pollard walked into Fred Gray's law office in Tuskegee. Gray already was a civil rights legend by that point: His clients included Martin Luther King Jr. and Rosa Parks following her arrest in Montgomery in 1955 for refusing to give up her seat on a city bus to a white man.

Pollard "came into my office and asked me if I had been reading in the newspaper about the men who were involved in the syphilis tests for 'bad blood,'" Gray wrote in a memoir.

Pollard was among the men in the study, and his visit with Gray led to the lawsuit and the multimillion-dollar settlement reached with the government on Aug. 28, 1975. In all, Gray said in an interview, government documents showed 623 men were involved in the study.

Payments to men and their heirs differed based on whether men were infected or were in the control group, whether they were dead or alive. Living participants who had syphilis got $37,500; heirs of deceased members of the control group received $5,000. Women and children who were infected with syphilis got lifetime medical and health benefits, and a handful still survive, according to the Centers for Disease Control and Prevention.

For decades, the study has been widely blamed for distrust among U.S. blacks toward the medical community, particularly clinical trials and other tests. In medical and public health circles, it's known as the "Tuskegee effect."

Freddie Lee Tyson quit the study during the 1950s after hearing rumblings that "something was wrong," his daughter, Lille Tyson Head, said.

Unaffected by the disease despite years of being in the study's syphilitic group, her father learned the true nature of the program only when the rest of the country heard about it, his daughter said. His wife and children all tested negative for syphilis, but Tyson was traumatized and feared the disease would show up somewhere in his family.

"After he found out about it, he had to live with it. That could bring a person down if he wasn't strong. He was angry and he was upset," she said.

The lawsuit settled years before, Tyson died in 1988 at age 82 after an automobile accident. Today, the 72-year-old Head chairs Voices of our Fathers Legacy Foundation, a nonprofit organization formed in 2014 by the men's relatives to tell the story of the victims of the Tuskegee study.

Through the decades, their loved ones in the study have been portrayed in a variety of ways — including as unwitting victims of a horrid experiment but also as ignorant poor people who brought trouble on themselves due to promiscuous behavior. Many descendants are still upset over a 1997 movie called "Miss Evers Boys," which they believe cast the men in a bad light. A big part of the foundation's purpose is rounding out the narrative of the men's lives by telling the story of people like Freddie Lee Tyson, his daughter said.

Descendants of the men began gathering a year or two after President Clinton hosted five remaining test survivors in the White House. The meetings are held in conjunction with Tuskegee's National Center for Bioethics in Research and Health Care, established in 1999 to address ethical and human rights issues in science, particularly concerning minorities.

The last man involved in the syphilis study died in 2004 and this year, for the first time, relatives allowed The Associated Press into their annual gathering and invited the public to a ceremony where they lit candles in memory of the men.

This year's ceremony included about 110 descendants, friends, community members, a gospel choir from Tuskegee University and public officials. There were speeches by Lillie Tyson Head, attorney Gray and others. The "community day of healing" was a big step for the families, Head said.

"It was important that the people of Macon County knew what the descendants were doing, and it gave them a chance to come out and be a part not only of the healing but also remembering of the men," she said.

In the future, she hopes more descendants "will come out of the shadows and be a voice for their fathers and grandfathers."

Retired public health nurse Amy Pack visited with men in the study through her job in Macon County and had relatives who were among the test subjects, including great-uncle Seth Barrow. She said the foundation is still trying to find additional descendants. There's a small chance that syphilis dating back to the years of the study could still be in the bloodlines of families who are unaware of their connection to the study, she said.

The legal fallout from the Tuskegee syphilis study lives on at the federal courthouse in Montgomery.

Settlement funds were used for decades to compensate study participants and more than 9,000 of their relatives. Court workers were unable to locate other descendants, and some never responded to letters from the clerk's office, which disbursed millions of dollars before the last payment was recorded in 2008.

Court officials will not say how much money is left, but documents indicate the balance is mostly interest earnings from money first paid by the government decades ago. Gray said he's heard it's less than $100,000.

Some family members say the money should be used for additional funding for medical screenings for the men's families, and others want a long-discussed memorial at the old hospital where the study was run at Tuskegee University.

U.S. District Judge Myron Thompson is currently considering a request Gray filed in August to use the remaining money to fund operation of the Tuskegee Human and Civil Rights Multicultural Center, a combination museum and town welcome center that includes a display about the study.

The center is located in an old bank building owned by the county, and it's operated by a nonprofit headed by Gray and his daughter; the organization had net assets of more than $850,000 in 2015, with money coming from grants and donations, tax records show. The names of the men who were involved in the program are etched in a circle on the floor as a memorial.

In his address to descendants during the community service, Gray encouraged using the money for the museum, which is open only during the summer because of funding shortages. Gray told descendants that the men of the study — the people he represented after that meeting with Charlie Pollard — wanted a lasting memorial to their legacy. He has worked for 20 years to make it happen at the center.

A judge refused a similar request from Gray to provide the leftover money to the museum in 2004 after the government insisted it should get the money, records show.

Pollard's 92-year-old daughter, Ralphine Pollard Harper, said she likes the idea. People need to know what happened, she said, even if her father didn't like discussing the study.

"He'd get mad about it," she recalled. "He said, 'They just took us up here and made guinea pigs of us.'"