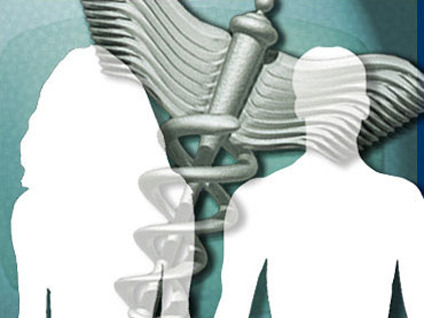 The U.S. government has formally apologized for a secret study conducted in the 1940s in which Guatemalan prisoners, service members and mental hospital patients were secretly infected with gonorrhea and syphilis without their knowledge or consent, calling the program "clearly unethical."

In a joint statement issued Friday by Secretary of State Hillary Rodham Clinton and Secretary of Health and Human Services Kathleen Sebelius, released in English and Spanish, the government apologized to Guatemala and to those involved in the study, conducted by the U.S. Public Health Service (PHS) between 1946 and 1948.

The results of the Sexually Transmitted Disease Inoculation Study were uncovered by a Wellesley College researcher, Susan Reverby.

The story is uncomfortably similar to the "Tuskegee" Syphilis Study in the 1960s, in which the PHS monitored, but did not treat, hundreds of African American men suffering from syphilis.

Unlike that case, however, subjects in the Guatemala study were intentionally infected with sexually transmitted diseases, and then given penicillin, to help determine the efficacy of the drug to cure or even vaccinate against STDs.

Reverby wrote that the Guatemala syphilis inoculation project was run by a PHS physician, Dr. John C. Cutler (who would later oversee the Tuskegee, Ala., study two decades later).

The study's doctors chose as subjects men incarcerated at the Guatemala National Penitentiary, as well as army service members, and men and women confined in the National Mental Health Hospital. There was a total of 696 people in the study. Guatemalan authorities (and not the individuals themselves) granted permission, in exchange for supplies.

According to Reverby, who studied Cutler's records in the University of Pittsburgh archives, doctors used infected prostitutes to pass the disease on to prisoners (conjugal visits were allowed in Guatemalan jails). Direct inoculations of syphilis bacteria were made to other subjects. Treatment by penicillin was also administered, though not always successfully.

Cutler seemed to recognize the delicate ethical quandaries their experiments posed, particularly in the wake of the Nuremberg "Doctors' Trials," and was concerned about secrecy. "As you can imagine," Cutler reported to his PHS overseer, "we are holding our breaths, and we are explaining to the patients and others concerned with but a few key exceptions, that the treatment is a new one utilizing serum followed by penicillin. This double talk keeps me hopping at time."

Cutler also wrote that he feared "a few words to the wrong person here, or even at home, might wreck it or parts of it ... "

PHS physician R.C. Arnold, who supervised Cutler, was more troubled, confiding to Cutler, "I am a bit, in fact more than a bit, leery of the experiment with the insane people. They can not give consent, do not know what is going on, and if some goody organization got wind of the work, they would raise a lot of smoke. I think the soldiers would be best or the prisoners for they can give consent."

Apparently difficulties in transmission, as well as in replicating results, added to concerns over the study, and it was dropped after two years.

Cutler went on to participate in another Syphilis Study at Sing Sing Prison in Ossining, N.Y. (although in that case the subjects were informed about the nature of the inoculations administered to them).

"Although these events occurred more than 64 years ago, we are outraged that such reprehensible research could have occurred under the guise of public health," today's State Dept./DHS statement said. "We deeply regret that it happened, and we apologize to all the individuals who were affected by such abhorrent research practices.

"The conduct exhibited during the study does not represent the values of the United States, or our commitment to human dignity and great respect for the people of Guatemala. The study is a sad reminder that adequate human subject safeguards did not exist a half-century ago."

The officials also announced an investigation into the specifics of the case from 1946, and will also convene a meeting of international experts to devise methods that effectively ensure all human medical research meets rigorous ethical standards.