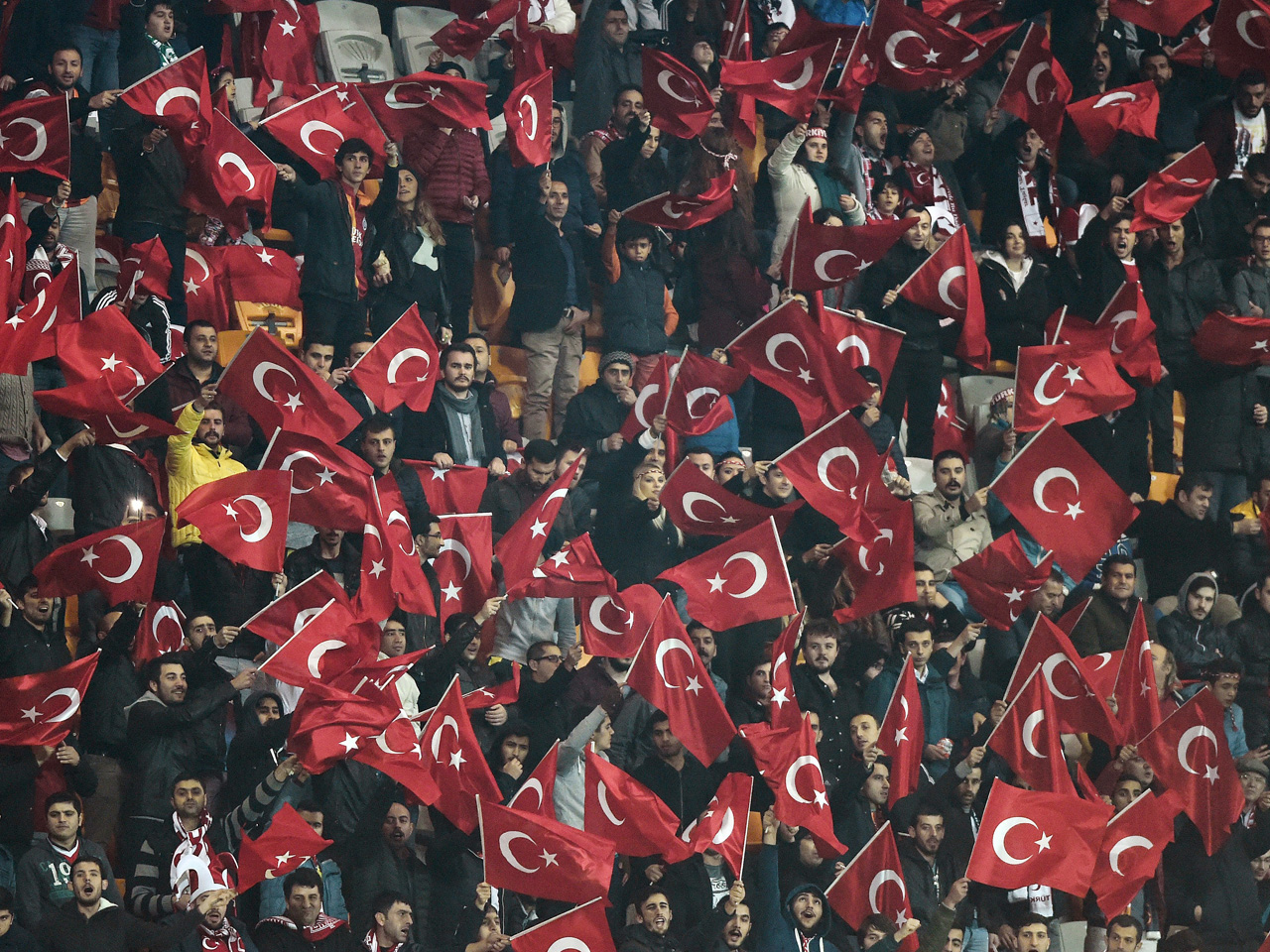 Turkey and Greece, neighbors that have been often vicious geopolitical rivals for centuries, have attempted in recent years to reconcile their differences, a move that's been given heightened importance during the growing migrant crisis.

Their soccer teams hadn't played each other in eight years, so Tuesday's friendly match in Istanbul presented an opportunity for a power symbolic display of peace and reconciliation.

Instead, Turkish soccer fans booed and hissed loudly during the moment of silence for victims of the Paris attacks last week, and could even be heard chanting "Allahu Akbar," during the brief pause before kickoff.

Greek Prime Minister Alexis Tsipras had traveled to Turkey to meet with Turkish Prime Minister Ahmet Davutoglu for talks centering on stemming the flow of migrants crossing from Turkey into Greece.

The talks Wednesday come as Greek authorities are struggling with the influx of refugees and economic migrants reaching Greek islands from Turkey. The discussions have gained added urgency over indications that one of the Paris attackers may have passed through Greece in October.

More than 600,000 people have reached Greece so far this year. Hundreds died when their overloaded boats sank or capsized. On Tuesday, Tsipras and Davutoglu were in the stadium when the fans started booing.