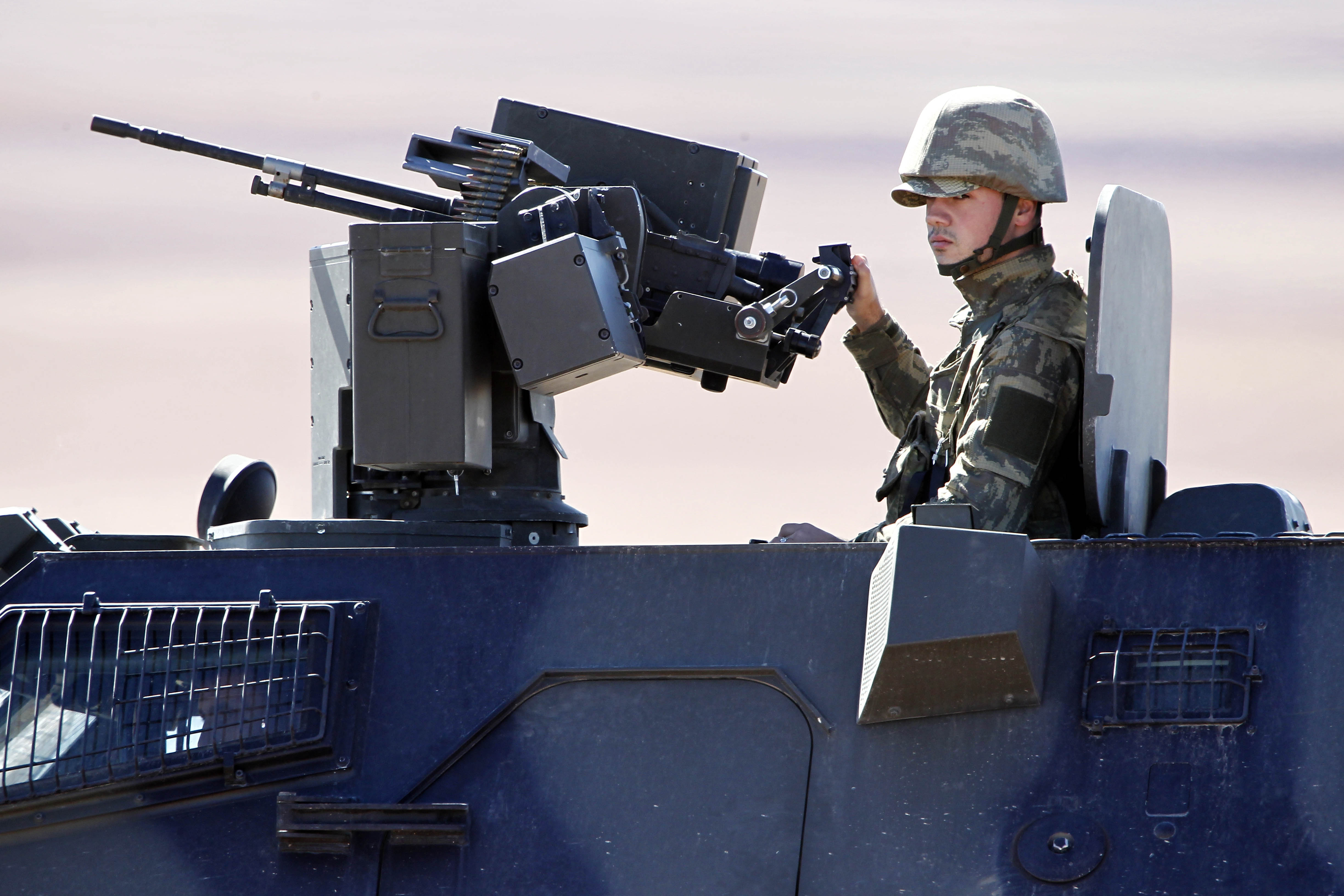 The Trump administration is treating Turkey as an integral player in the Middle East, explains Turkey’s Foreign Minister, who says he’s confident that the new president will soon heed to his nation’s advice. Still, that doesn’t stop him from making some pointed criticisms of Mr. Trump’s new policies.

Mevlut Cavusoglu was in Washington to join representatives of 67 other countries for the anti-ISIS coalition meeting at the State Department last week. At the meeting, the nations, once again, sought to retool their strategy for fighting terrorism.

Though Cavusoglu acknowledges that these meetings are never very fruitful, he said he came with high hopes for stronger U.S.-Turkish relations. He says he’s happy with the Trump administration is treating Turkey, and is confident the two countries will become closer. He does, however, oppose the U.S. government’s ban on electronics from airports in eight countries, including Turkey.

“All of them are Muslim countries,” Cavusoglu said of the counties on the electronic ban list. He explained that the electronics ban will hurt airlines, civilians and business. He also thinks it will “give the wrong impression” regarding the complex and disparate nature of terrorist groups and damage the reputation of countries on the list like Turkey.

“Foreign terrorist fighters and [ISIS] elements, many of them are in Europe or they can take…flights from those cities -- so how are you going to stop them?” Cavusoglu said. “So this is the question mark.”

Cavusoglu met with National Security Advisor H.R. McMaster on Tuesday, where he said he vocalized his objections to the ban.

“I think we better find other ways to overcome this issue. We can understand the security functions of our allies but naming some airports or some cities that the direct flights are coming from those to the US is not enough to solve the issue. You cannot stop the terrorist fighters through such measures as far as I know,” explained Cavusoglu. One thing he suggested was more robust screening at airports.

Turkey knew that the electronics ban was being considered because Cavusoglu had spoken to Secretary of State Rex Tillerson about the preliminary proposal. What Cavusoglu did not expect was to see it in news reports on Tuesday morning. He thought there would be time for the State Department to process his feedback. That time was not allotted.

Yet Cavusoglu is still committed to working with the U.S. on defeating ISIS and terrorism more broadly. He also sees forward movement in favor of the Turkish desires on complex sticking points between the US and Turkey: the arming of the Kurdish groups in Syria, and the arrest and extradition of Fethullah Gulen, a Turkish opposition figure. Gulen currently lives in Pennsylvania and has been accused by Turkey as a primary force behind an attempted coup in 2016.

Cavusoglu said he brought new evidence of coup plotters receiving instructions from Gulen and his deputies to the Department of Justice on Tuesday. He says he personally met with Attorney General Jeff Sessions and that it was a “good meeting.” The basis of the extradition requests from Turkey have not since the coup attempt – but what has changed is political leadership in Washington.

Cavusoglu would not give any details about whether Sessions had promised to speed up the review but he was sure to note that the Attorney General understands Turkish expectations “very well.”

He also said that President Trump promised Turkish President Recep Erdogan that he would review the material on the case in detail.

The Turks have long opposed the US backing of the YPG, a Kurdish group engaged in the fight with ISIS. When asked by CBS News if there are expectations that the US will now step away from backing the YPG, Cavusoglu simply replied “absolutely.” That, he said, is based on the numerous conversations Turkish officials have had with U.S officials, including a phone call between Erdogan and Mr. Trump. Secretary of State Rex Tillerson is now due to visit the country next week.

But the US is not handing out any assurances yet. A senior State Department official says the US is “mindful” of Turkey’s concerns regarding the YPG but adds that the diverse set of actors fighting ISIS in Syria has been “quite effective.”

It’s a marked change, Cavusoglu says, from how Turkey was treated by the Obama administration. “They didn’t deliver,” says Cavusoglu. “The Trump administration admitted that the previous administration made mistakes and they did not understand the importance of Turkey and the role of Turkey. And they also failed to meet their commitments.”

As Turkey moves back and forth in the tug of war between the ambitions and strategies of Russia and the U.S. in Syria, it is also facing its own identity crisis. There is the upcoming April referendum where voters will vote on a set of 18 proposed amendments to the Constitution, including the abolition of the Prime Minister’s office, and a change in the law that would allow Erdogan to rule until 2029.

And questions are swirling about the country’s ambitions to become a greater power in the region. Cavusoglu notes that the country is strengthening regional ties and cites the Syrian war as an example for how the country can lead.

“What we have done in Syria in the last six months, for instance, is a sign of our understanding and our possible role in the Middle East. First of all, Turkey is ready to do more to solve the many crises and the problems not just in Syria but in Iraq and some other regional issues,” Cavusoglu said.