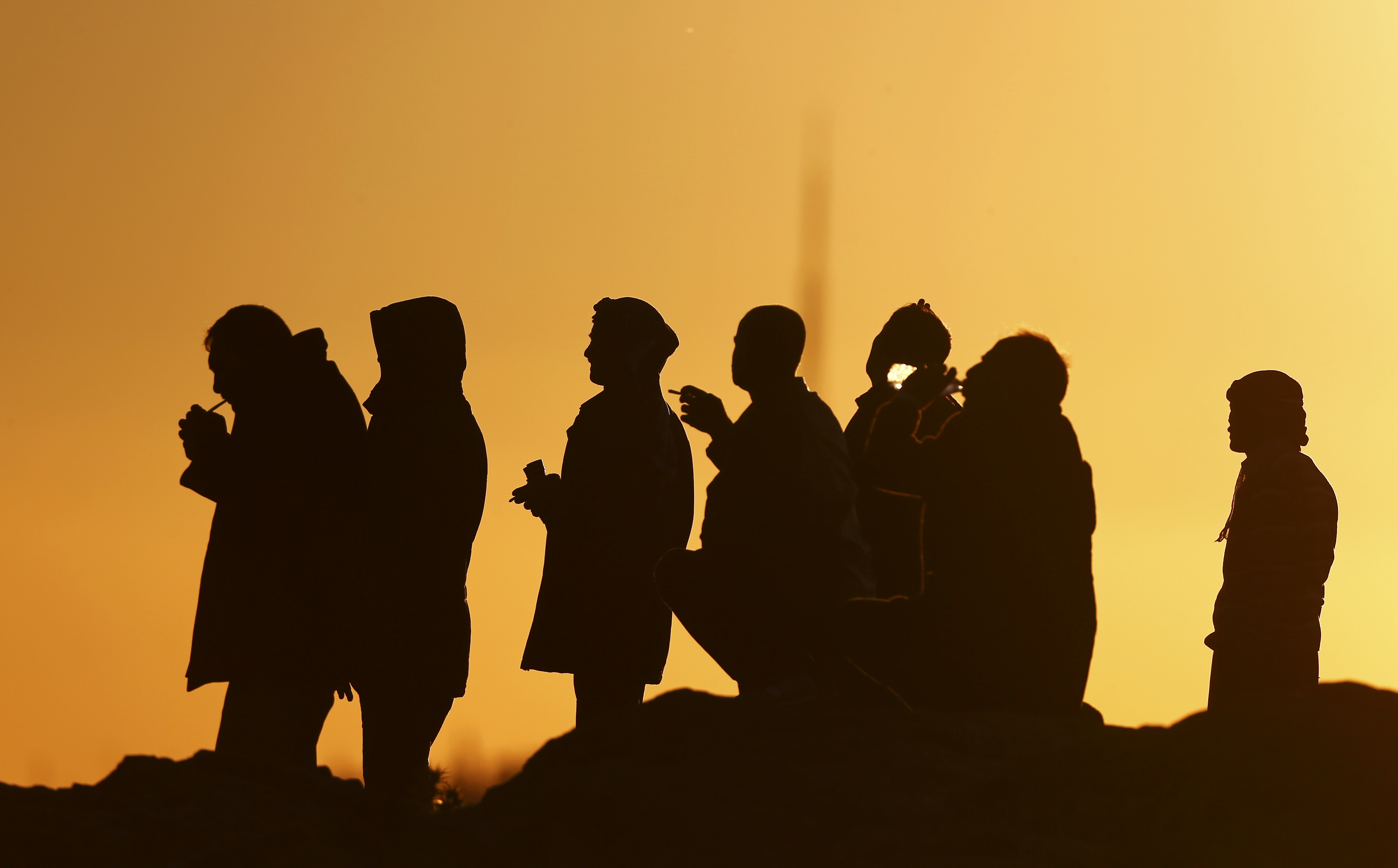 SURUC, Turkey -- In a significant shift, Turkey's top diplomat announced on Monday that his country is helping Iraqi Kurdish fighters cross into Syria to "give support" to fellow Kurds defending the border town of Kobani from the Islamic State of Iraq and Syria (ISIS).

The remarks by Turkey's Foreign Minister Mevlut Cavusoglu, at a press conference in Ankara, followed the announcement by the U.S. military that it had for the first time airdropped weapons, ammunition and medical supplies provided by Kurdish authorities in Iraq to the Kurdish forces in Kobani.

Sunday's airdrops followed weeks of U.S. and coalition airstrikes in and near Kobani, along the Syrian-Turkish border. There was no immediate confirmation by Kurdish officials of the airdrop or what kind of weapons it included.

It was thought the airdrops would almost certainly anger the Turkish government, which has said it would oppose any U.S. arms transfers to the Kurdish rebels in Syria.

Ankara views the main Kurdish group in Syria as an extension of the Turkish Kurd group known as the PKK, which has waged a 30-year insurgency in Turkey and is designated a terror group by the U.S. and by NATO.

But the U.S. military's announcement of the airdrops, coupled with the Turkish foreign minister's statements, is an unexpected development.

It suggests Turkey may be softening its stance on the issue of helping the Syrian Kurds. But although a significant departure from previous positions, it is not a complete change of policy - since allowing Iraqi Kurdish peshmerga forces to cross into Syria is different from allowing Turkish PKK forces into Kobani.

Cavusoglu did not provide details and it was not immediately clear where and how Turkey was allowing Kurdish fighters into Syria, after blocking them so long - or whether this had already happened or was still to take place.

"Iraq's Kurdish Regional Government announced that they are in cooperation with Turkey and the U.S.," Cavusoglu said.

"Actually, we are helping peshmerga forces to enter into Kobani to give support," he added, speaking at a joint news conference with visiting Tunisian Foreign Minister Mongi Hamdi.

In Iraq, meanwhile, the local Kurdish government in the country's north confirmed the weapons deliveries and expressed gratitude to Washingron.

"Weapons and military aid were delivered to Kobani today from the Kurdistan Region of Iraq by American cargo jets," a statement issued Monday said.

Idriss Naasan, a senior Kurdish official in the Turkish town of Mursitpinar, confirmed that the Kurdish fighters received the air drop.

President Barack Obama called Turkish President Recep Tayyip Erdogan on Saturday to discuss the situation in Syria and notify him of the plan to make airdrops on Sunday, one U.S. administration official told reporters. He would not describe Erdogan's reaction but said U.S. officials are clear about Turkey's opposition to any moves that help Kurdish forces, whom Turkey views as an enemy.

In a statement Sunday night, the U.S. Central Command said U.S. C-130 cargo planes made multiple drops of arms and supplies provided by Kurdish authorities in Iraq. It said they were intended to enable continued resistance to ISIS' efforts to take full control of Kobani.

Turkey has not allowed the U.S. and its allies to use its airspace or air bases to strike inside Syria. The C-130s, which would have taken off from the largely autonomous Kurdish regions of northern Iraq, would have had to fly for some time over Syria. President Bashar Assad's forces have made no attempt to challenge coalition jets as they bombed ISIS targets in northern and eastern Syria for the past weeks.

U.S. officials say they informed Damascus before launching the first U.S. airstrike on IS targets in Syria on Sept. 23. State Department deputy spokeswoman Marie Harf would not comment last week on whether they were ongoing discussions with Syria over the airstrikes.

While the targets chosen may indicate a rush to save Kobani, a Pentagon official told CBS News correspondent David Martin the U.S. is not necessarily currently committed to saving the city.

According to the Britain-based Syrian Observatory for Human Rights, the "large amount of weapons and ammunition" airdropped by U.S. planes has reached the main Kurdish militia in Kobani.

The Kurdish fighters in Kobani have been picking up and moving the weapons since they were airdropped around dawn, said the Observatory, which has a network of activists on the ground in Syria.

In recent days, much of the coalition strikes have focused around Kobani, which ISIS militants have been trying to seize since mid-September. Turkey has so far provided sanctuary to an estimated 200,000 Syrians fleeing from Kobani and dozens of nearby villages that were captured by ISIS.