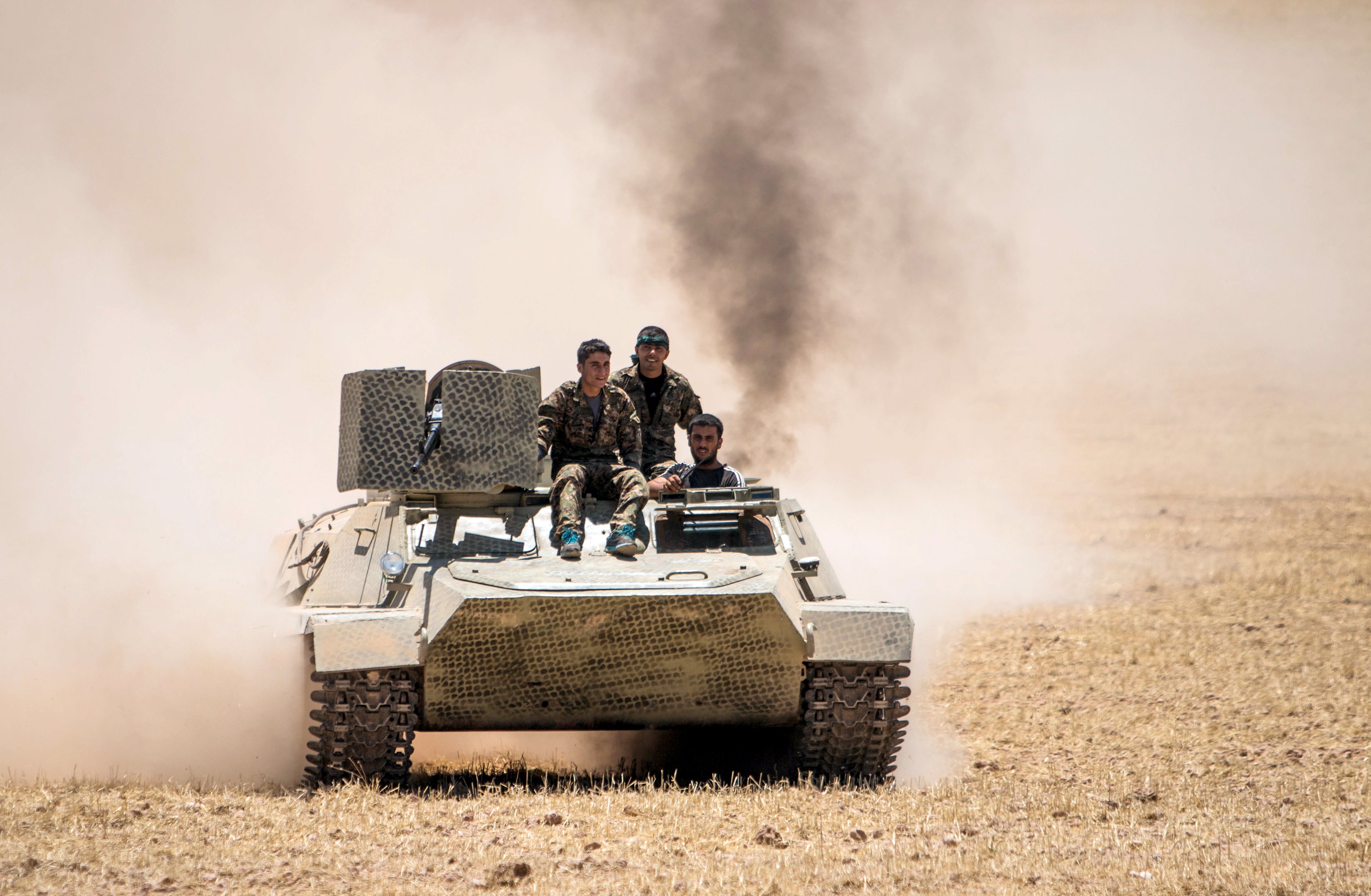 ANKARA, Turkey -- Turkish officials said Thursday that U.S. Defense Secretary Jim Mattis has written to his Turkish counterpart, reassuring him that arms provided to Syrian Kurdish fighters would be taken back once ISIS militants are ousted from their main stronghold in Syria, the city of Raqqa.

Officials said in a statement that Mattis also reassured Defense Minister Fikri Isik that the United States would regularly provide Turkey with a list of arms provided to the fighters while U.S. military advisers in the field would ensure that the arms don't go outside of the Syria battle zones.

A U.S. decision to launch an offensive to capture Raqqa in partnership with the Kurdish-led Syrian Democratic Forces has complicated relations with Ankara, which views the group's Kurdish fighters as an extension of an insurgent Kurdish terror group operating in Turkey.

Ankara fears arms provided to the Kurdish fighters will end up in the hands of the insurgents in Turkey and has threatened to respond to threats.

The officials said Mattis told Isik in the letter that 80 percent of the force which would capture Raqqa would be made up of Arabs and that an Arab force would hold the city.

If confirmed, Mattis' statement on the weapons being taken back once the Raqqa fight is over conflict with recent comments made by officials of the U.S.-led coalition against ISIS.

The coalition's spokesman at the time, Col. John Dorrian, said last month that the weapons supplied to the Kurds would not be reclaimed by the U.S. after the specific missions are completed, but that the U.S. would "carefully monitor" where and how they are used.

There have been several credible reports since the U.S.-led military alliance formed to help combat ISIS in Syria and Iraq of American-supplied weapons falling into the hands of unallied militias, and even ISIS itself in smaller quantities.

In some cases, it has been U.S. weapons supplied to Kurdish forces that ended up with Shiite militiamen who are also battling ISIS, but who have been implicated in the murder and torture of Sunni Muslims in areas reclaimed from ISIS.

Meanwhile, French President Emmanuel Macron has said that France is no longer pushing for the departure of Syrian President Bashar Assad, in a shift in French policy throughout the Syrian war.Macron said he wants to work more closely with Russia for a solution in Syria and says foreign powers were too focused on Assad as a person.

"For a long time we were blocked on the persona of Bashar Assad," Macron said in an interview with eight European newspapers published on Thursday. "Bashar is not our enemy, he is the enemy of the Syrian people."

Macron also said that foreign powers "collectively committed an error" in focusing on a military solution in Syria. "The new outlook I have on this issue is that I haven't stated that Bashar Assad's departure is a necessary condition for everything. Because no one has shown me a legitimate successor," he said.

Macron's predecessors were among the most vocal Assad opponents.