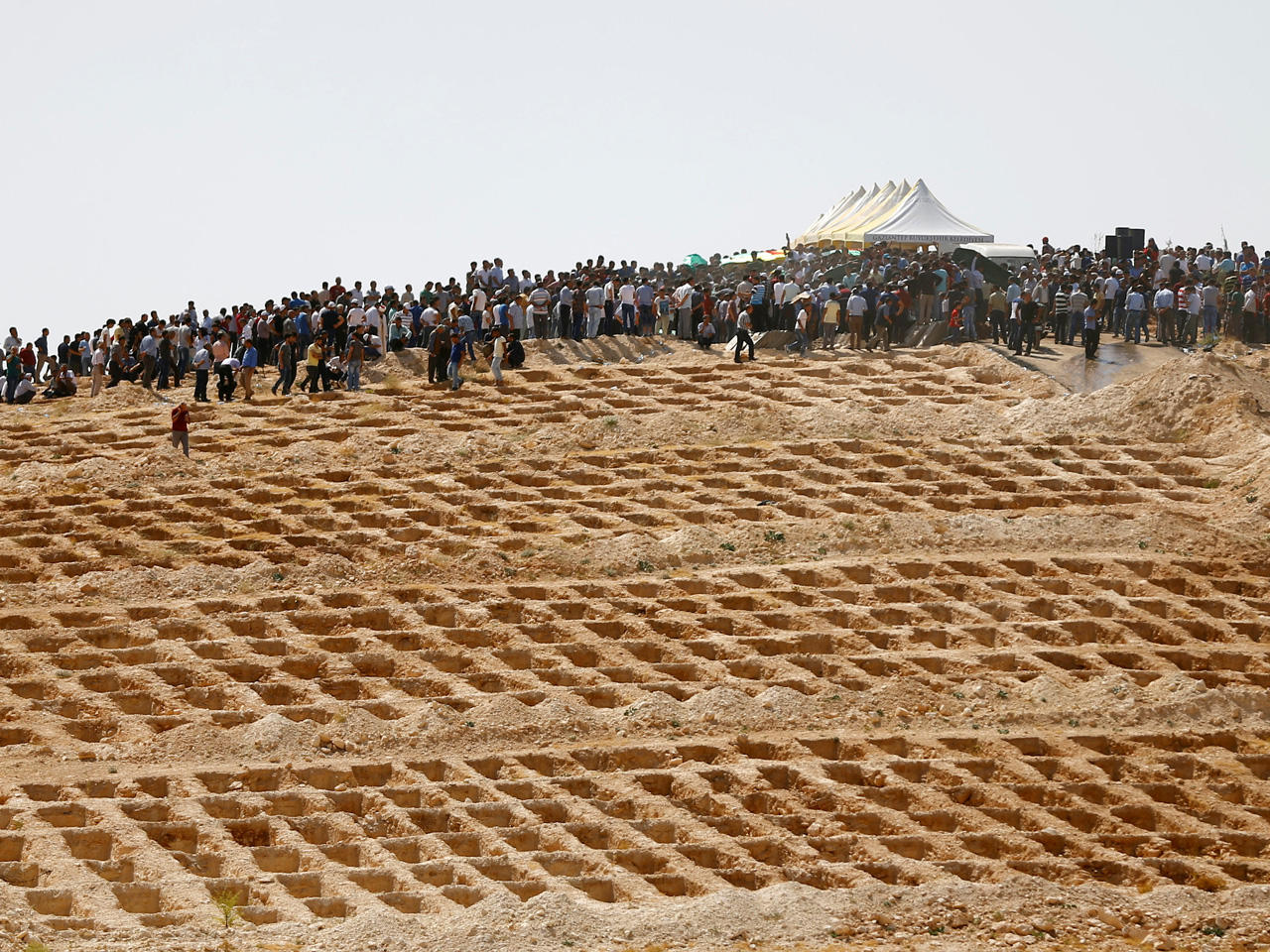 ANKARA, Turkey - Turkish officials are backtracking on an earlier statement that the suicide bomber who attacked a wedding ceremony was a child.

The prime minister said Monday authorities are still trying to determine who carried out the attack, which killed at least 54 people, adding that authorities didn’t know if the perpetrator was a “child or a grown-up.”

Speaking after a Cabinet meeting on Monday, Premier Binali Yildirim said “a clue hasn’t yet been found concerning the perpetrator of the attack.”

President Recep Tayyip Erdogan had announced Sunday that the bomber was aged between 12 and 14.

An official said at least 22 victims of a suicide bomber who attacked a Kurdish wedding party as people danced in the streets were children under the age of 14.

The official, who spoke Monday, couldn’t be named in line with Turkish government rules.

The attack in Gaziantep, near Turkey’s border with Syria on Saturday, in addition to killing dozens, also wounded nearly 70 other people.

It was the deadliest in Turkey this year.

Officials have said it appears to be the work of the Islamic State of Iraq and Syria (ISIS,) accusing it of trying to destabilize the country by exploiting ethnic and religious tensions.

So far the extremist group hasn’t claimed responsibility, but if the suicide bomber was indeed a child, it wouldn’t be the first time that ISIS had exploited the innocent to carry out acts of heinous violence.

As recently as Sunday, in the Iraqi city of Kirkuk, security forces say they stopped a boy wearing a suicide vest, and prevented him from blowing himself up. A local intelligence official told the Associated Press the boy told agents during interrogation that he was “kidnapped by masked men who put the explosives on him.”