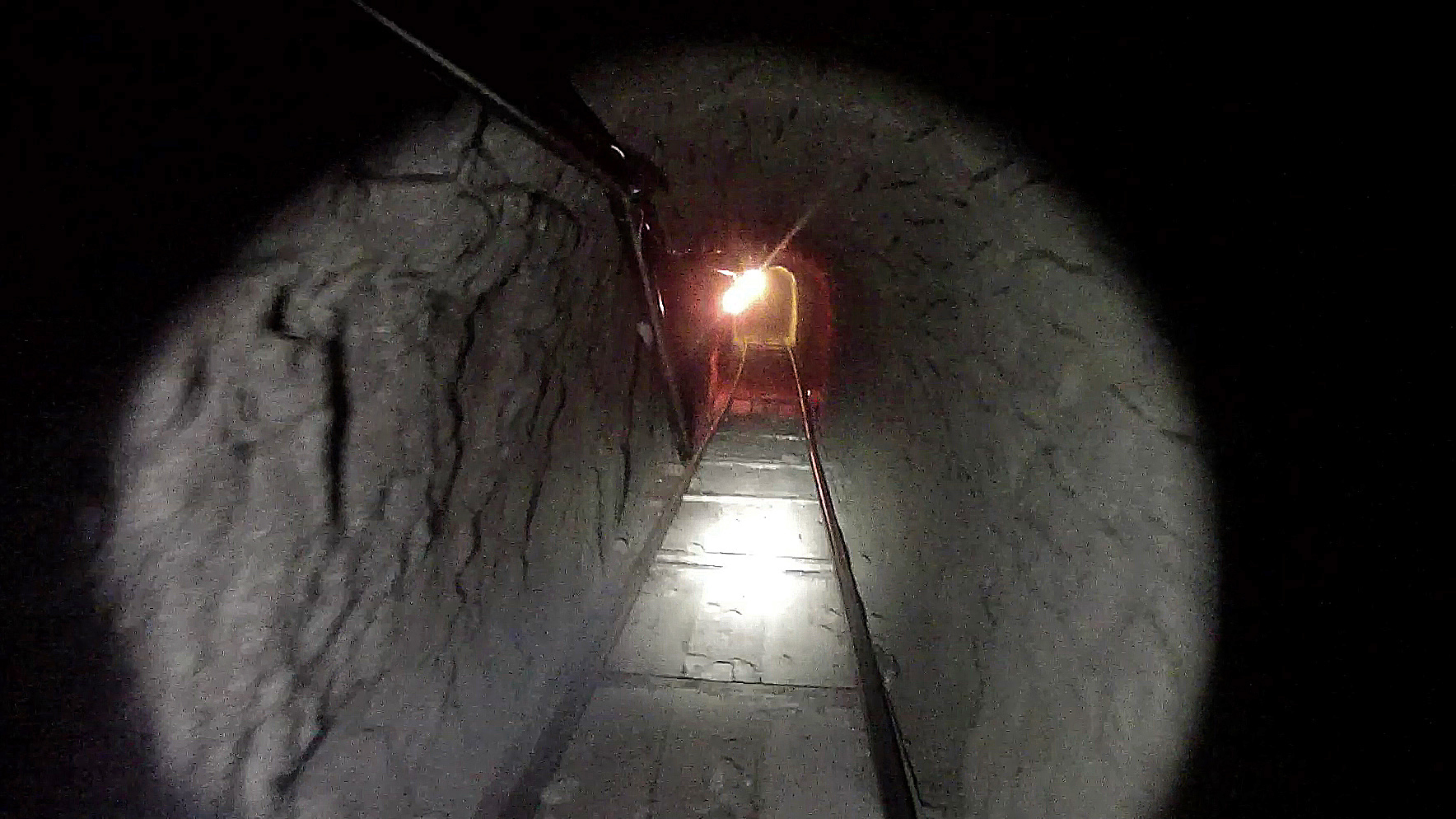 (CBS/AP) SAN DIEGO - A sophisticated border tunnel has been  discovered connecting San Diego and Tijuana, Mexico, U.S. authorities said. The discovery is the latest find by investigators who have encountered a number of secret passages in recent years used for drug smuggling.

Three suspected drug runners for a Mexican organized crime cartel were arrested Thursday, CBS affiliate KFMB reported -- and about $12 million worth of marijuana and cocaine was seized, according to U.S. Immigration and Customs Enforcement.

In a press statement, John Sandweg, acting director for ICE, said: "Once again, we've succeeded in taking down a smuggling tunnel before it was fully operational. This action is another huge setback for the Mexican cartels, which invest vast amounts of time and money to build them. These criminal organizations should not mistakenly believe tunnels will be their ticket to success."

U.S. Attorney Laura Duffy echoed Sandweg's sentiments: "The cartels have spent years and tens of millions of dollars trying in vain to create an underworld of secret passageways to move huge quantities of drugs at will. We have a message for the builders, financiers and operators of these sophisticated tunnels: if you continue to go underground, you will find your world collapsing around you."

According to ICE, it marked the first time cocaine was recovered that was linked to a drug tunnel in the San Diego area. About 325 pounds of cocaine were seized along with 17,292 pounds of marijuana. ICE also said the tunnel, which had an electric rail system, lighting and ventilation, was recently completed.

The tunnel was shut down Wednesday night, before any drugs made it through undetected, authorities said. Federal agents had the San Diego warehouse under surveillance after being tipped off by an informant.

As U.S. border security has heightened on land, Mexican drug cartels have turned to ultralight aircraft, small fishing boats and tunnels. More than 75 underground passages have been discovered along the border since 2008, designed largely to smuggle marijuana.

The tunnels are concentrated along the border in California and Arizona.

San Diego is popular because its clay-like soil is easy to dig. In Nogales, Arizona, smugglers tap into vast underground drainage canals.

San Diego's Otay Mesa area -- site of the latest discovery -- has the added draw of plenty of nondescript warehouses on both sides of the border to conceal trucks being loaded with drugs.

The tunnel is the eighth major passage discovered in San Diego since 2006, a period during which Mexico's Sinaloa cartel has solidified its hold on the prized smuggling corridor.

In November 2011, authorities found a 600-yard tunnel that resulted in seizures of 32 tons of marijuana on both sides of the border, with 26 tons found on the U.S. side, accounting for one of the largest pot busts in U.S. history. The tunnel was equipped with electric rail cars, lighting and ventilation. Wooden planks lined the floor.

On Thanksgiving Day 2010, authorities found a roughly 700-yard passage equipped with rail tracks that extended from the kitchen of a Tijuana home to two San Diego warehouses, netting about 22 tons of marijuana on both sides of the border.

Seizures linked to the tunnel include a haul of 3 tons of marijuana in a truck that was stopped by Chula Vista police on Saturday for a traffic violation and 5 1/2 tons of marijuana inside the tunnel, a nearby warehouse and a truck Wednesday, according to prosecutors. The cocaine was found in six suitcases inside a van seen leaving the warehouse Wednesday.