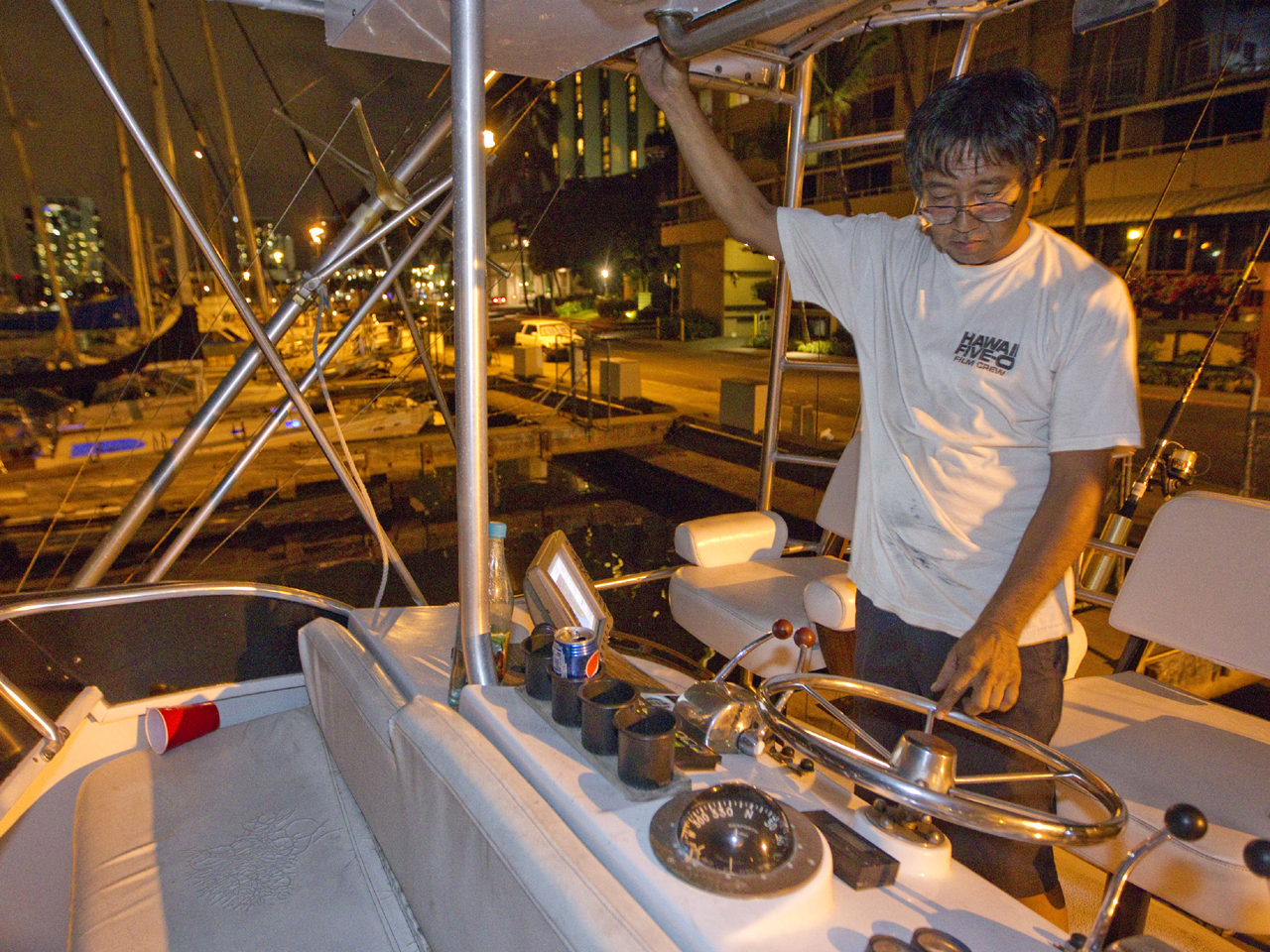 HONOLULU Hawaii's governor says a tsunami warning that spurred coastal evacuations statewide is being downgraded to a tsunami advisory, ending the threat of serious damage.

Neil Abercrombie said early Sunday that the Aloha State was lucky to avoid more severe surges after a powerful earthquake struck off the coast of Canada.

Meanwhile, the National Weather Service canceled tsunami advisories for Canada and Oregon, leaving northern California as the only spot in North America still under a tsunami advisory.

The first waves of a tsunami hit Hawaii on Saturday night, roughly three hours after evacuations were ordered for coastal areas, but they were smaller than expected.

Gerard Fryer, a geologist tracking the tsunami for the Pacific Tsunami Warning Center, said the largest wave in the first 45 minutes of the tsunami was measured in Maui at more than 5 feet, about 2 feet higher than normal sea levels.

State and local officials warned residents and tourists not to go back to inundation zones until an all-clear is given, though no major damage was reported.

At first, officials said Hawaii wasn't in any danger of a tsunami after the 7.7-magnitude earthquake rattled the western coast of North America Saturday night, sparking tsunami warnings for southern Alaska and western Canada.

Later, officials issued a warning for Hawaii as well, saying there had been a change in sea readings. About the same time, a tsunami advisory was issued for a 450-mile stretch of U.S. coast running from north of San Francisco to central Oregon.

A small tsunami created by the quake was barely noticeable in Craig, Alaska, where the first wave or surge was recorded Saturday night.

Fryer said it could take several hours for the danger to pass in Hawaii, especially if the waves get bigger.

"It's beginning to look like the evacuation may not have been necessary," Fryer said.

The National Weather Service said there were reports of water quickly receding in bays, including Hilo Bay on the Big Island.

The warning in Hawaii spurred residents to stock up on essentials at gas stations and grocery stores and sent tourists in beachside hotels to higher floors in their buildings. Bus service into Waikiki was cut off an hour before the first waves, and police in downtown Honolulu shut down a Halloween block party.

While television traffic cameras showed onlookers at the beach in Waikiki, Honolulu Mayor Peter Carlisle warned people to stay away from the surf for several days.

Carlisle — who recommended people think about ditching their cars if they were in traffic — said people should be cautious.

"There's no reason to panic but there's every reason to take all of the necessary precautions," he said.

Coast Guard officials closed all harbors in the state to incoming boats and urged vessels to leave and not return until an all-clear is given.

"We don't have any reports of any tsunami impacts at this time, but we caution mariners because the tsunami surges can continue for several hours," Chief Warrant Officer Gene Maestas said.

As many people along Hawaii's coasts rushed to higher ground, officials downgraded a tsunami warning to an advisory for southern Alaska and British Columbia. They also issued an advisory for areas of northern California and southern Oregon.

In Alaska, the wave or surge was recorded at 4 inches, much smaller than forecast, said Jeremy Zidek, a spokesman for the Alaska Department of Homeland Security and Emergency Management.

The U.S. Geological Survey said the earthquake hit in the Queen Charlotte Islands area. The quake was felt in Craig and other southeast Alaska communities, but Zidek said there were no immediate reports of damage.

The West Coast and Alaska Tsunami Warning Center issued a warning for coastal areas of southeast Alaska, down the western Canadian coast to the tip of Vancouver Island.

Later Saturday evening, the warning for those areas was downgraded to an advisory, while a warning was issued for Hawaii. Early Sunday, the advisory was canceled entirely for Alaska.

In addition, officials issued an advisory for areas from Gualala Point, Calif., about 80 miles northwest of San Francisco, to the Douglas-Lane county line in Oregon, about 10 miles southwest of Florence.

The Del Norte County Sheriff's Department, based in Crescent City, Calif., near the Oregon line, said it hadn't heard of any problems as a result of the tsunami. Crescent City was one of the U.S. towns hit hardest by last year's tsunami from the Japan quake, with boats in the harbor suffering serious damage.

A tsunami warning means an area is likely to be hit by a wave, while an advisory means there may be strong currents, but that widespread inundation is not expected to occur.

Fryer said it's not surprising that an earthquake so far away could generate dangerous waves in Hawaii.

"There is nothing between Canada and us that would scatter the energy, so once the beam is formed, it just points right at us," Fryer said.

The U.S. Coast Guard in Alaska said it was warning warn everyone with a boat on the water to prepare for a potential tsunami.

The first wave hit Craig about two hours after the earthquake.

"It started off where it might be a 3-foot wave, and it kept getting downgraded," Craig Mayor Dennis Watson said. "And the last time we heard, it was less than 1 foot."

It actually was recorded at 4 inches. Watson said he was downtown on the waterfront, and had his car lights shining on pylons.

"I didn't even see the surge. I watched the pylons. And the tides came in about four or five inches. The surge would leave a wet spot as it would go back out, and we never did see that," he said.

There could be subsequent waves in Craig, but an official with the tsunami warning center didn't think it would amount to much.

The first wave "typically is not the largest but nevertheless we don't expect the maximum wave height to be large," said Bill Knight.

Lucy Jones, a USGS seismologist, said the earthquake likely would not generate a large tsunami.

"This isn't that big of an earthquake on tsunami scales," she said. "The really big tsunamis are usually up in the high 8s and 9s."

She said the earthquake occurred along a "fairly long" fault — "a plate 200 kilometers long" in a subduction zone, where one plate slips underneath another. Such quakes lift the sea floor and tend to cause tsunamis, she said.

"If nothing else it was a good exercise in determining how well our disaster plan works. I thought it came off quite well, really," he said.

Watson said he did receive calls from townspeople about the tsunami.

"There's supposed to be a big Halloween party downtown. People are calling, `Did the wave hit yet so we can go to the party?"' he said.