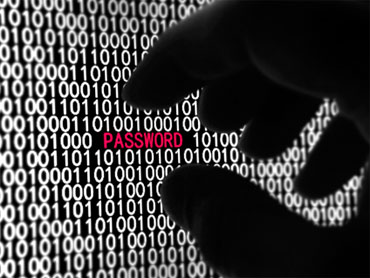 How concerned are American consumers about their data privacy? The answer: very. A new report from the TRUSTe/National Cyber Security Alliance (NCSA) Consumer Privacy Index reveals that more Americans are worried about their data privacy than they are about losing their main source of income. Worries over online privacy topped the loss of personal income by 11 percentage points, the report said.

The study was released Jan. 28 to coincide with Data Privacy Day, which was designated to raise awareness about the best data privacy practices.

"There is a high level of concern about how data is being protected, but there is a big disconnect in there, too. Less than a third of those people who are worried about data privacy reported that they understood how companies can share their personal information -- only 31 percent," Michael Kaiser, executive director of the NCSA, told CBS News. "There is a high level of concern about privacy, but a lack of knowledge. For instance, only 43 percent of people were aware that they could turn off location tracking. I think right now, there is a tremendous opportunity for the business community to really engage with their customers about these issues."

Concern about the ways personal data is gathered and protected filters down to consumers' decisions over what companies they'll seek out for various services. For instance, 89 percent of those surveyed avoid companies that they don't believe protect their privacy, while 74 percent of those who worry about online privacy limited their Web activity over the past 12 months due to concerns about what could happen to their data.

The study found that 56 percent of Americans say they trust businesses with their personal information online. Companies face a lot of challenges in trying to close that trust gap.

"If you ask 'what does privacy mean for you?' you'll find that privacy is an individual thing, and it is different for every person," TRUSTe CEO Chris Babel told CBS News. "Some people say, 'give me all the target ads possible, because that will give me the best possible offer.' While other people will say 'I don't want to be tracked that much, please turn it off.' So, there are a few things businesses can do. One, they have to be transparent about what they are doing. They have to tell consumers very very clearly what they're doing with the information they're collecting. Second thing, you have to give the consumer the ability to make a choice, you have to have opt-outs and settings that give people options."

Babel added that while privacy policies are often readily available to consumers, they are written in an inaccessible way. Instead of the typical "privacy policy legal speak," it is important to present that information in a clearly worded way, Babel suggested.

"People want to know who has access to this information, and they want the ability to say yes or no to how that information is used. As a company, you need to allow for the choice and for consumers to make that choice for themselves," Babel said.

Of course, beyond the consumer concern over how businesses are using their information, the survey found that many people don't necessarily take the steps they should to help protect their own data.

Only 33 percent of Americans reported that they could even read privacy policies for the services they were using, and out of that group, only 16 percent took the chance to actually read them. Another finding that may be surprising given how popular sites like Facebook and Twitter are -- less than half of Americans (just 43 percent) were aware that they could change the settings on their social media accounts. Out of that group, how many actually changed their settings? Only 24 percent.

"I think that consumers understand that an exchange goes on here. They adopt technology and their personal information drives a lot of how these services work, and how they work well," Kaiser said. "For instance, you can't use a fitness app without divulging some of your personal information. What these consumers want is more transparency, making it clear about what is happening with this information. These companies have to make it clear how the data that people provide helps them do better."

We currently live in an era when privacy and security are inextricably linked. Babel said there is still work to be done to make consumer information more secure while still allowing it to be used responsibly.

"It's important to help the businesses realize not just how to lock the data down, but how to use the data. We're in an economy based on the Internet where the vital asset is the data from consumers," he said. "That data provides massive value but also raises concerns. So we are the point of building trust among consumers."

Kaiser agreed, adding that the key is to "create a culture of privacy where we respect people's personal information."

"We have to build more trust across the whole Internet ecosystem," Kaiser added. "We can't really build this credibly trusted platform unless we have a culture of privacy and security that empowers people to make the right choices."