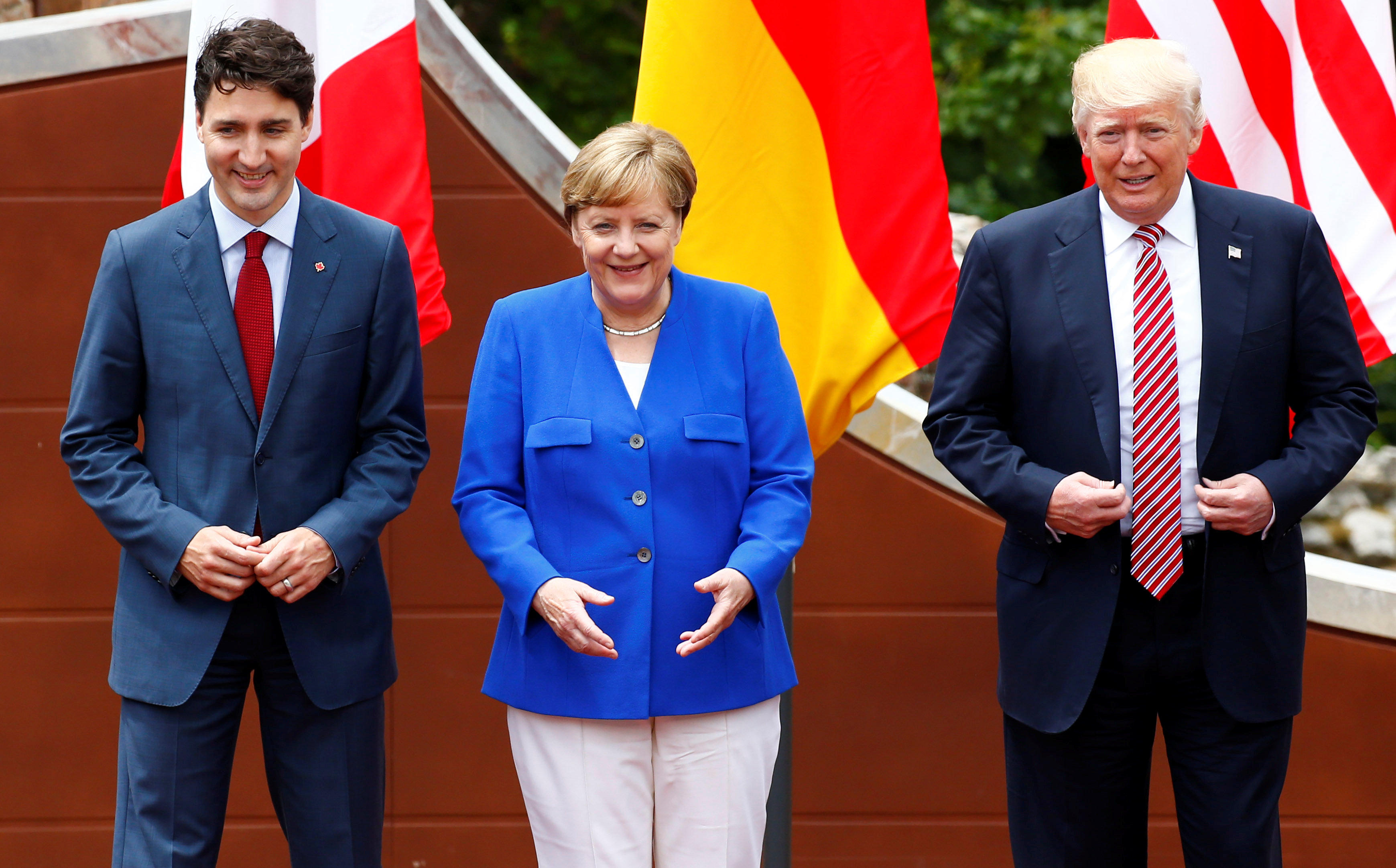 President Trump's views on climate change are "evolving" following discussions with European leaders who are pushing for him to stay in the Paris climate accord, a top White House official said Friday.

"He feels much more knowledgeable on the topic today," said Gary Cohn, Mr. Trump's top White House economic adviser. "He came here to learn, he came here to get smarter."

European leaders have used Trump's stops on the continent this week, including at the Group of 7 meeting in Sicily, to launch a last-ditch campaign for Mr. Trump to stay in the climate accord. Nearly 200 nations agreed to the 2015 pact aimed at reducing carbon emissions.

French President Emmanuel Macron spoke with Trump at length about the climate deal during a meeting Thursday in Brussels. At the Vatican earlier in the week, Cardinal Secretary of State Pietro Parolin made his own pro-Paris pitch to Trump and his advisers. The matter was also a central focus of Mr. Trump's two days of talks at the Group of 7 summit, which kicked off Friday on the picturesque Sicilian coast.

At the close of Friday's talks, Italian Prime Minister Paolo Gentiloni said six of the G-7 nations — Italy, Britain, France, Germany, Canada and Japan — confirmed "our commitment and our determination" to the Paris agreement. The United States, meanwhile, confirmed "a period of reflection" on the issue, he said.

German Chancellor Angela Merkel said "we put forward very many arguments" for the U.S. sticking with the agreement.

The White House's slow decision-making on the future of the landmark 2015 climate change agreement created the opening for the European leaders' persuasion campaign. Multiple White House meetings on the matter were delayed in recent weeks, and Trump advisers ultimately said he would not make a decision until after he returns to Washington from a nine-day, five-stop international trip.

As a candidate, Mr. Trump vowed to withdraw the U.S. from the accord, which was negotiated during the Obama administration. But as the opening months of his presidency have shown, Trump can be moved to change his positions and can be heavily influenced by other world leaders. He backed away from his tough campaign talk about trade with China after a summit with President Xi Jinping and abandoned his criticism of Saudi Arabia's human rights record following his warm welcome in the desert kingdom earlier this week.

Cohn said Mr. Trump was struck during his discussions Friday by "how important it is for the United States to show leadership." He said many of the European leaders noted that even if a hundred countries are parties to an agreement, there's "a big gap when you take the biggest economy out."

In Washington, discussions over the climate deal have sown divisions within the White House, splitting the nationalists and the globalists competing for influence within Mr. Trump's administration. One potential compromise that's emerged in the White House discussions involves staying in the climate accord, but adjusting the U.S. emissions targets.

Cohn hinted at that prospect as he briefed reporters Thursday night as Air Force One flew from Brussels to Sicily, the final stop on Mr. Trump's trip.

In a striking comment given Mr. Trump's support during the campaign for American coal miners, Cohn also said "coal doesn't even really make that much sense anymore as a feedstock." He singled out natural gas as "such a cleaner fuel" and also noted that the U.S. could become a "manufacturing powerhouse" by investing in wind and solar energy.

Nearly 200 countries are part of the Paris accord and each set their own emissions targets, which are not legally binding. The U.S. pledged to reduce its annual greenhouse gas emissions in 2025 by 26 to 28 percent below 2005 levels, which would be a reduction of about 1.6 billion tons of annual emissions.

A senior French official said Macron and Mr. Trump spoke at length about the Paris agreement — at Macron's behest — when they met for lunch Thursday. There was no "disagreement" over the accord itself, the official said, but there were "differences" about how to apply it.

Macron, the newly elected French president, was critical of Mr. Trump's threats to pull out of the Paris deal during his own campaign. In a dig at Mr. Trump, he invited American climate scientists who felt alienated by the Republican administration to come to France to work.

Even Pope Francis, who has framed climate change as an urgent moral crisis and blamed global warming on an unfair, fossil fuel-based industrial model that harms the poor the most, appeared to be sending a message to Mr. Trump. Among the three documents the pope presented Trump as a gift was his 2015 encyclical on the need to protect the environment.

It's unclear if the pope pressed Mr. Trump specifically on the Paris accord in their private meeting. But Parolin, the Vatican's secretary of state, did make a direct appeal in a broader meeting with the president and his top aides.

"They were encouraging continued participation in the Paris accord," Secretary of State Rex Tillerson said. "We had a good exchange on the difficulty of balancing climate change, responses to climate change and ensuring that you still have a thriving economy, you still offer people jobs so they can feed their families and have a prosperous economy. That's a difficult balancing act."