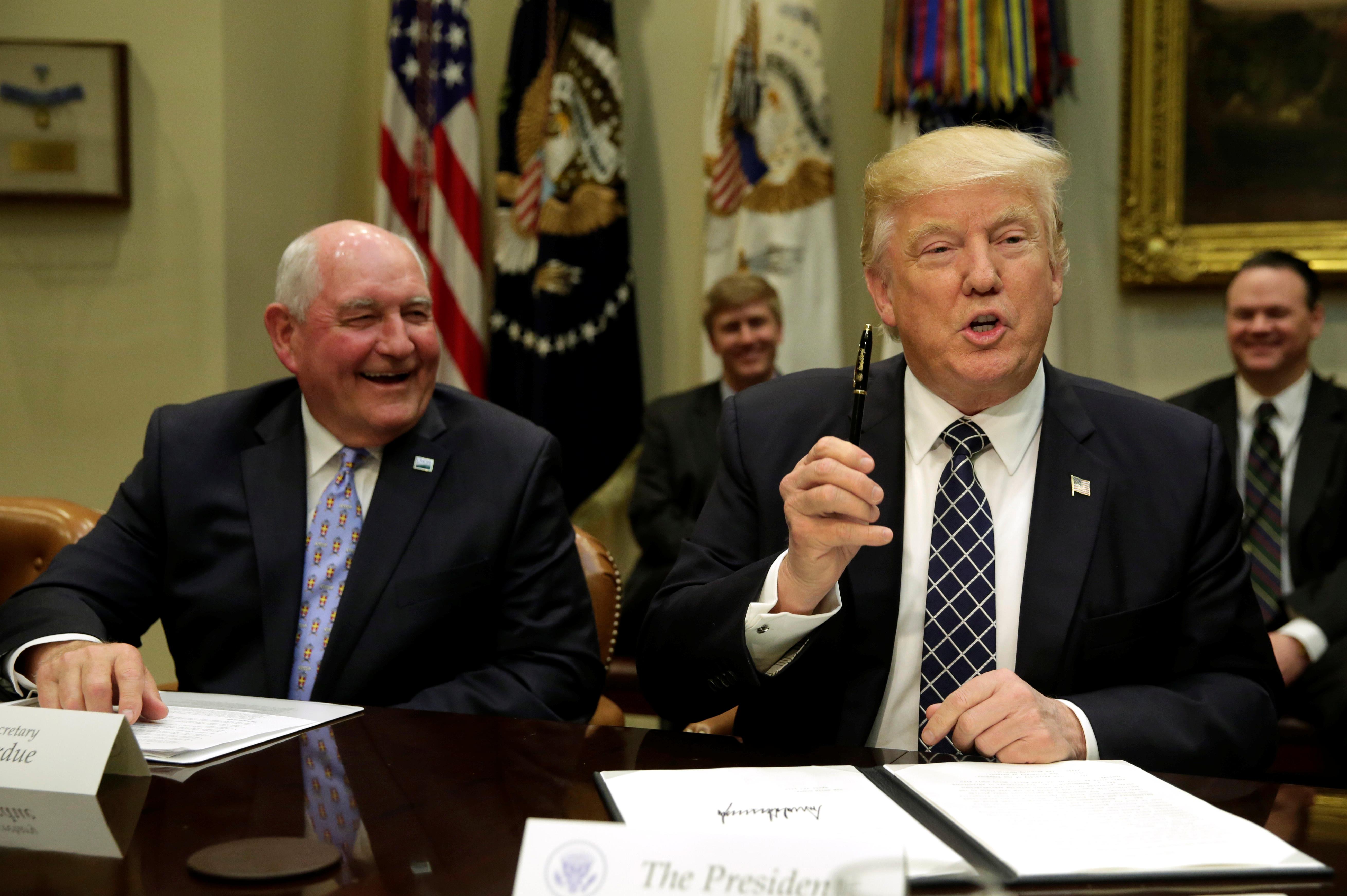 The wall will be built, President Trump vowed again, a day after administration officials conceded that there would be no funding for the wall in the spending bill due by the end of the week.

“The wall’s going to get built, folks, in case anybody has any question,” said Mr. Trump, when asked in the Roosevelt Room if he would sign a bill to continue funding the government.  After a roundtable photo-op with farmers and the signing of an executive order promoting agriculture, President Trump also said in an exchange with pool reporter, CBS News’ Major Garrett, that the wall will be built “soon.”

“We’re already preparing, we’re doing plans, we’re doing specifications,” Mr. Trump said. “We’re doing a lot of work on the wall. And the wall gets built.” The president said the wall would stop drugs and people from crossing the border illegally. “It’s going to have a huge effect on human trafficking,” he claimed.

Mr. Trump said of the executive order he was signing that it would continue “a very relentless effort to make life better for hardworking Americans, and that includes the farmers and all of the people gathered around this table.”