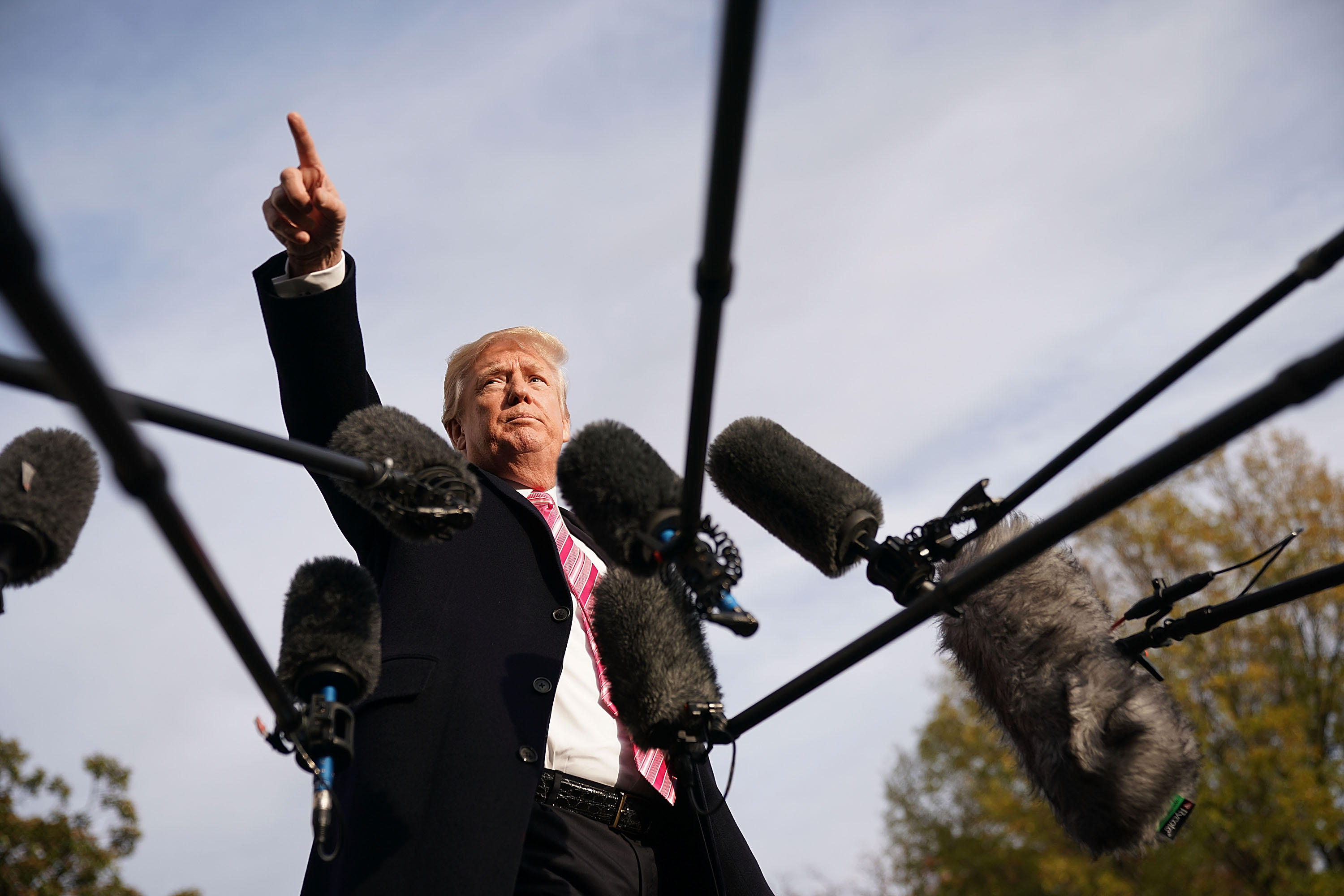 President Trump kicked off his holiday break at his Mar-a-Lago estate by tweeting early Wednesday morning, doubling down on his claims surrounding the freeing of three UCLA basketball players from Chinese police custody.

"It wasn't the White House, it wasn't the State Department, it wasn't father LaVar's so-called people on the ground in China that got his son out of a long term prison sentence -- IT WAS ME," he wrote, calling out player LiAngelo Ball's father who has been feuding with the president since his son's release.

"Too bad!" the president added, "LaVar is just a poor man's version of Don King, but without the hair."

The tweets went on, with Mr. Trump writing, "Just think LaVar, you could have spent the next 5 to 10 years during Thanksgiving with your son in China, but no NBA contract to support you. But remember LaVar, shoplifting is NOT a little thing. It's a really big deal, especially in China. Ungrateful fool!"

LaVar's other son, Lonzo, is a star rookie for the Los Angeles Lakers.

The early morning tirade follows his weekend tweets suggesting he should have left the players in jail, calling out Ball's father for being ungrateful for the role Mr. Trump played in their release.

When asked about Mr. Trump's involvement in the matter, LaVar Ball told ESPN, "Who?"

He added, "What was he over there for? Don't tell me nothing. Everybody wants to make it seem like he helped me out."

Mr. Trump has said he raised the players' detention with Chinese President Xi Jinping during the leaders' recent meeting in Beijing. The players were arrested and questioned about stealing from high-end stores next to the team's hotel in Hangzhou, where the Bruins stayed before leaving for Shanghai to play Georgia Tech.

Following their return to the U.S. they have been indefinitely suspended from the team.

The president quickly shifted gears to another ongoing controversy in the sports world -- the NFL.

"The NFL is now thinking about a new idea -- keeping teams in the locker room during the National Anthem next season. That's almost as bad as kneeling!" Mr. Trump wrote in response to the league's suggestion on Tuesday afternoon amid ongoing silent protests at NFL games across the country.

Mr. Trump then focused on league commissioner Roger Goodell, saying "When will the highly paid commissioner finally get tough and smart? This issue is killing your league!"

What a former CDC director says about Omicron
Emily Tillett