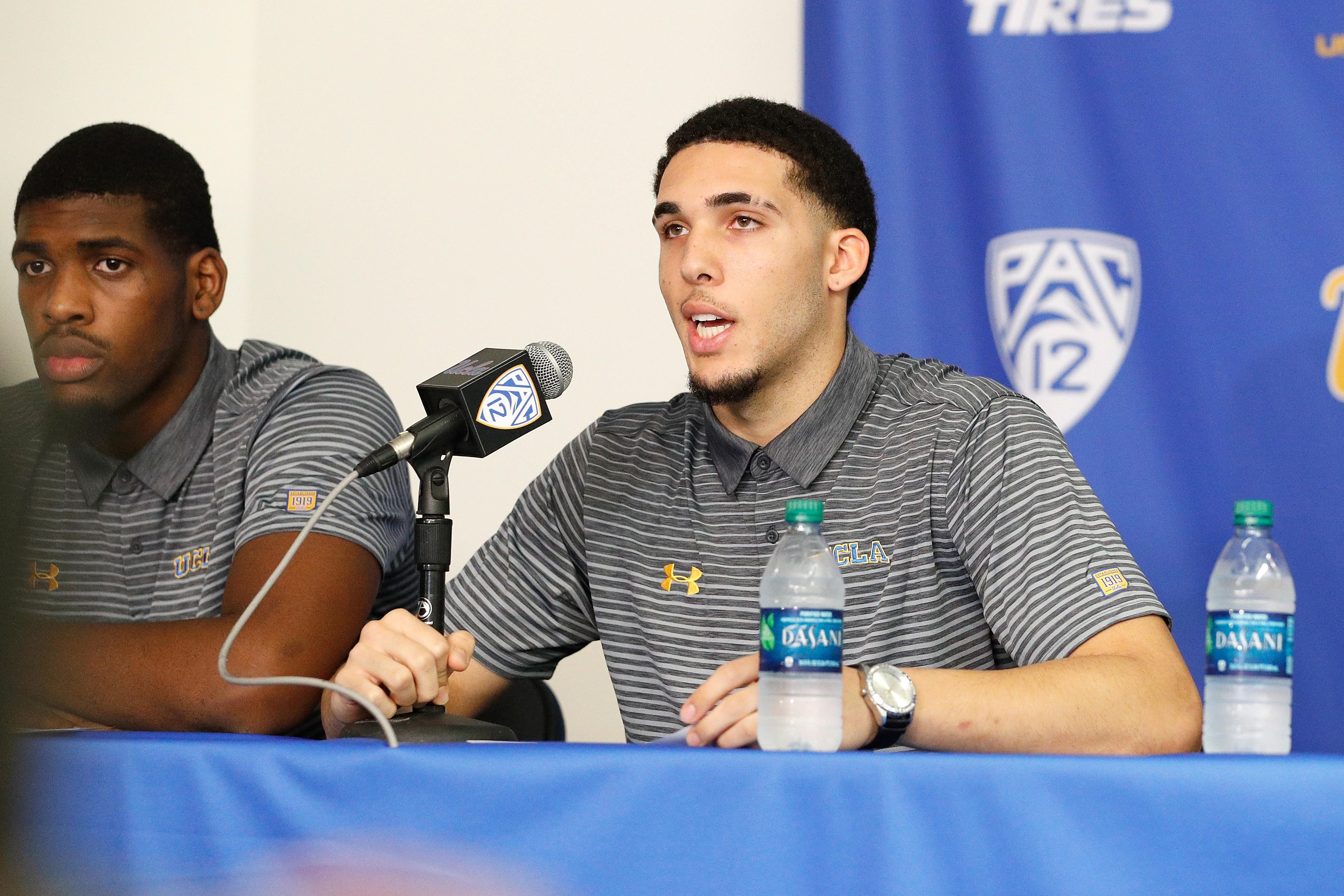 President Trump says he should have left three UCLA basketball players accused of shoplifting in China in jail.

"Who?" LaVar Ball told ESPN on Friday, when asked about Mr. Trump's involvement in the matter. "What was he over there for? Don't tell me nothing. Everybody wants to make it seem like he helped me out."

Mr. Trump has said he raised the players' detention with Chinese President Xi Jinping during the leaders' recent meeting in Beijing.

The players returned to the U.S. last week. They have been indefinitely suspended from the team.

"Now that the three basketball players are out of China and saved from years in jail, LaVar Ball, the father of LiAngelo, is unaccepting of what I did for his son and that shoplifting is no big deal. I should have left them in jail!" Mr. Trump wrote.

"Shoplifting is a very big deal in China, as it should be (5-10 years in jail), but not to father LaVar. Should have gotten his son out during my next trip to China instead. China told them why they were released. Very ungrateful!"

The younger Ball, along with fellow freshmen Jalen Hill and Cody Riley, aren't with the rest of the No. 23 Bruins, who are in Kansas City to play in the Hall of Fame Classic on Monday and Tuesday. The trio isn't allowed to suit up, be on the bench for home games or travel with the team.

The players were arrested and questioned about stealing from high-end stores next to the team's hotel in Hangzhou, where the Bruins stayed before leaving for Shanghai to play Georgia Tech.

Speaking on Wednesday, all three players thanked the U.S. government and Mr. Trump for working to secure their release.

"To President Trump and the United States government, thank you for taking the time to intervene on our behalf. We really appreciate you helping us out," Riley said. Ball, whose brother is a rookie on the Los Angeles Lakers, said he "didn't exercise my best judgment and I was wrong for that."

"As long as my boy's back here, I'm fine," LaVar Ball told ESPN. "I'm happy with how things were handled. A lot of people like to say a lot of things that they thought happened over there. Like I told him, 'They try to make a big deal out of nothing sometimes.'"

"I'm from LA. I've seen a lot worse things happen than a guy taking some glasses. My son has built up enough character that one bad decision doesn't define him. Now if you can go back and say when he was 12 years old he was shoplifting and stealing cars and going wild, then that's a different thing," he said.

"Everybody gets stuck on the negativity of some things and they get stuck on them too long. That's not me. I handle what's going on and then we go from there."