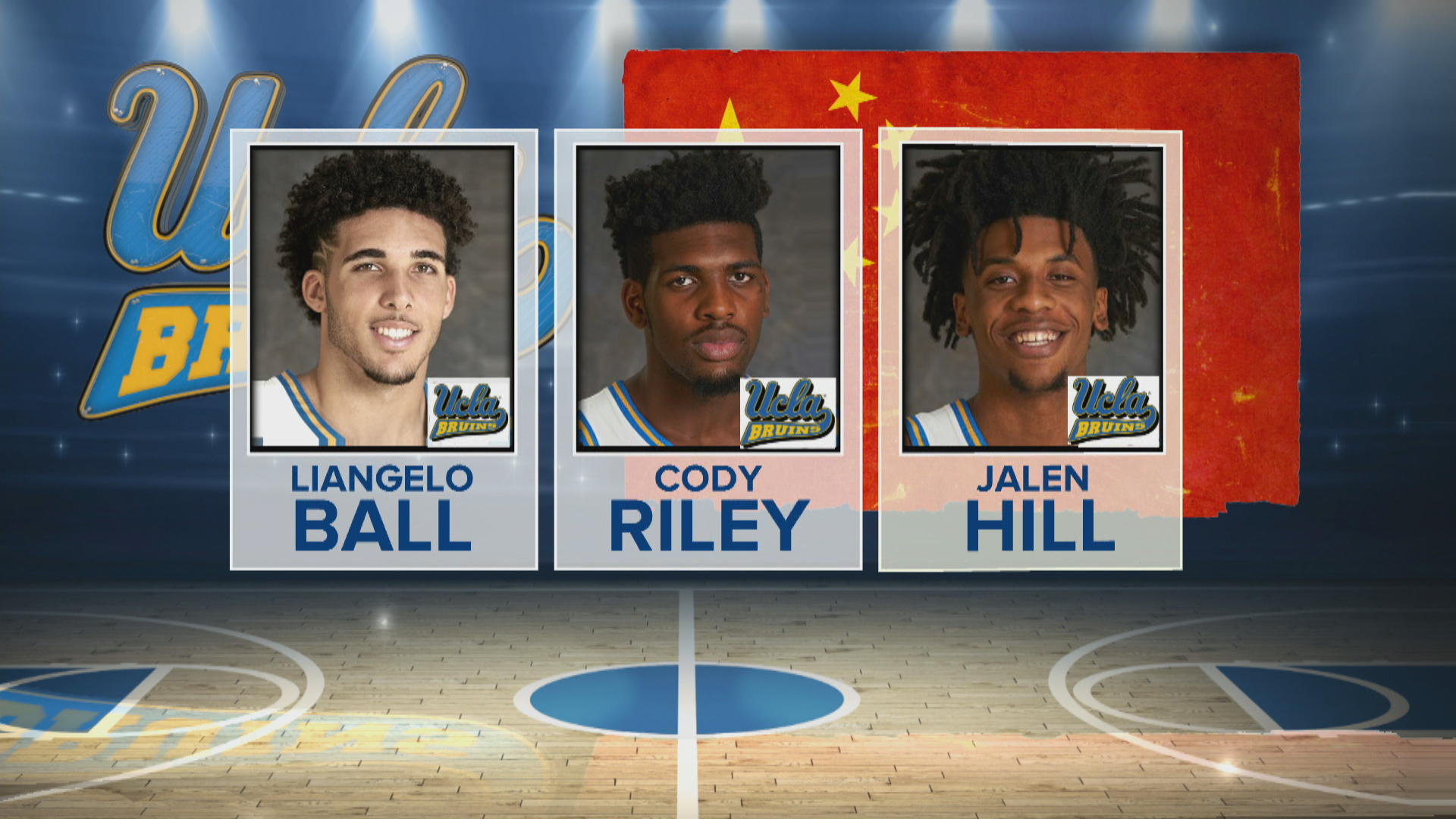 Three players on the UCLA men's basketball team are reportedly out on bail after they were arrested in China accused of shoplifting. An ESPN report claims freshman LiAngelo Ball, Cody Riley and Jalen Hill were detained in Hangzhou. They are accused of stealing from a Louis Vuitton store near the team's hotel.

Ball is a member of a high-profile basketball family. His older brother plays for the Lakers and his father is the vocal CEO of the Big Baller Brand.

The Bruins are in China on a week-long team trip ahead of their season opener in Shanghai this weekend. The Pac-12 commissioner acknowledged the players were involved in a situation and are cooperating with authorities. Instead of focusing on basketball, the team is now forced to focus on the legal fate of some of their youngest players, reports CBS News' Vladimir Duthiers.

Only days after touching down in Shanghai Sunday night, three UCLA freshman basketball players were reportedly locked up. ESPN reports nearly 20 Chinese police officers spoke with a number of players Tuesday, keeping them in a room for hours.

Video captured by ESPN shows Ball's father, LaVar – who is traveling with the team in Shanghai – downplaying the severity of the situation.

"It'll be fine, it'll be fine. Everybody is making a big deal, it ain't that big of a deal," LaVar Ball said.

"According to Chinese exit law, a case must be fully resolved before the suspects are allowed to eventually go home," said William Nee, an expert on China for Amnesty International. "It could be days, it could be weeks it could be months, theoretically speaking even years until they are allowed to leave China."

LiAngelo, one of the men allegedly arrested, is the younger brother of Lonzo Ball, rookie guard and the future of the Los Angeles Lakers franchise.

Their father LaVar is an outspoken advocate for his sons. "CBS This Morning" interviewed the high-profile basketball family at their California home back in March.

"When my boys finished playing ball over here as soon as you say Chino Hills, the first thing out their mouth is gonna be Ball brothers. And now it's happening and they're shocked! I just walk around smiling," he said.

The State Department told CBS News they are aware of the reports and they stand ready to provide assistance. According to ESPN, the three UCLA players are staying at their hotel in Hangzhou, away from the team who are getting ready for their game Friday in Shanghai. The legal process could take months. Shoplifting in China can result in a three to 10-year jail sentence.