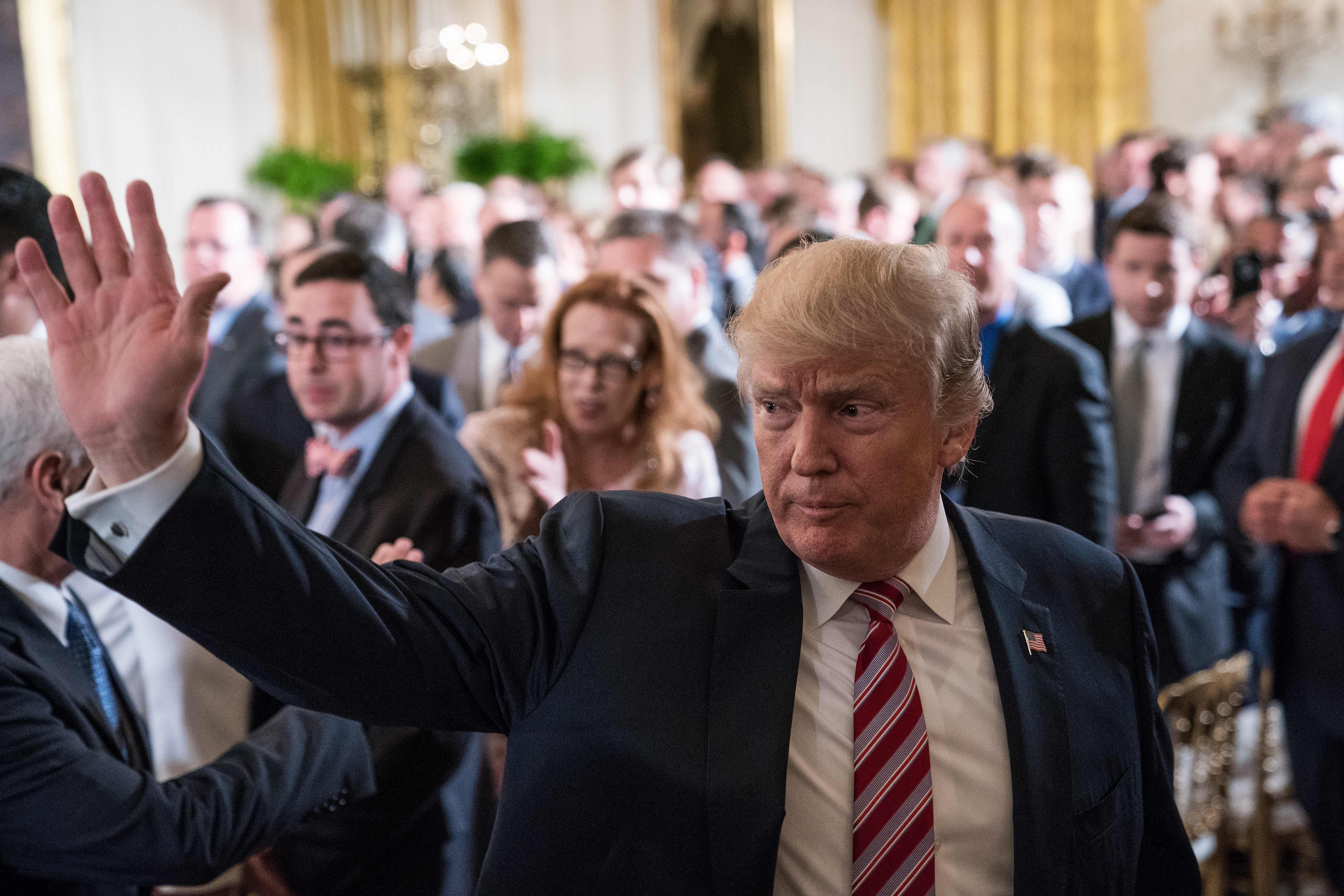 President Trump took to Twitter Tuesday morning, saying that during his trip to the Middle East, he warned about funding "radical ideology" and leaders there "pointed to Qatar."

Mr. Trump's comments come as Saudi Arabia and three other Arab countries have officially severed ties with Qatar and moved to cut off land, sea and air routes to the energy-rich nation that is home to a major U.S. military base, accusing it of supporting regional terror groups.

Mr. Trump issued additional tweets, saying his visit to the region was "already paying off" and that "perhaps this will be the beginning of the end of the horror of terrorism."

Bahrain, Egypt, Saudi Arabia and the United Arab Emirates made no demands of Qatar as their decision plunged the international travel hub into chaos and ignited the biggest diplomatic crisis in the Gulf since the 1991 war against Iraq. The foreign minister for Libya's eastern-based government announced it would cut diplomatic relations with the country as well, and Al-Arabiya reported that the Maldives was making a similar move. Yemen's internationally recognized government, which no longer holds its capital and large portions of the country, cut relations with Qatar and said it supports the decision by the Saudi-led coalition to end Qatar's participation in the war on the Houthis there.

Qatar, which will host the 2022 FIFA World Cup and is home to some 10,000 American troops, criticized the move as a "violation of its sovereignty." It long has denied supporting militant groups and described the crisis as being fueled by "absolute fabrications" stemming from a recent hack of its state-run news agency.

Saudi Arabia closed its land border with Qatar, through which the tiny Gulf nation imports most of its food, sparking a run on supermarkets. The four countries began withdrawing their diplomatic staff from Qatar as regional airlines announced they'd suspend service to its capital, Doha.

Mr. Trump previously met with the Emir of Qatar during his visit to Saudi Arabia. It was there he said that the two nations have "been friends now for a long time" and said they would engage in "very serious discussions."

"One of the things that we will discuss is the purchase of lots of beautiful military equipment because nobody makes it like the United States. And for us that means jobs and it also means frankly, great security back here, which we want," Mr. Trump told reporters during his trip.