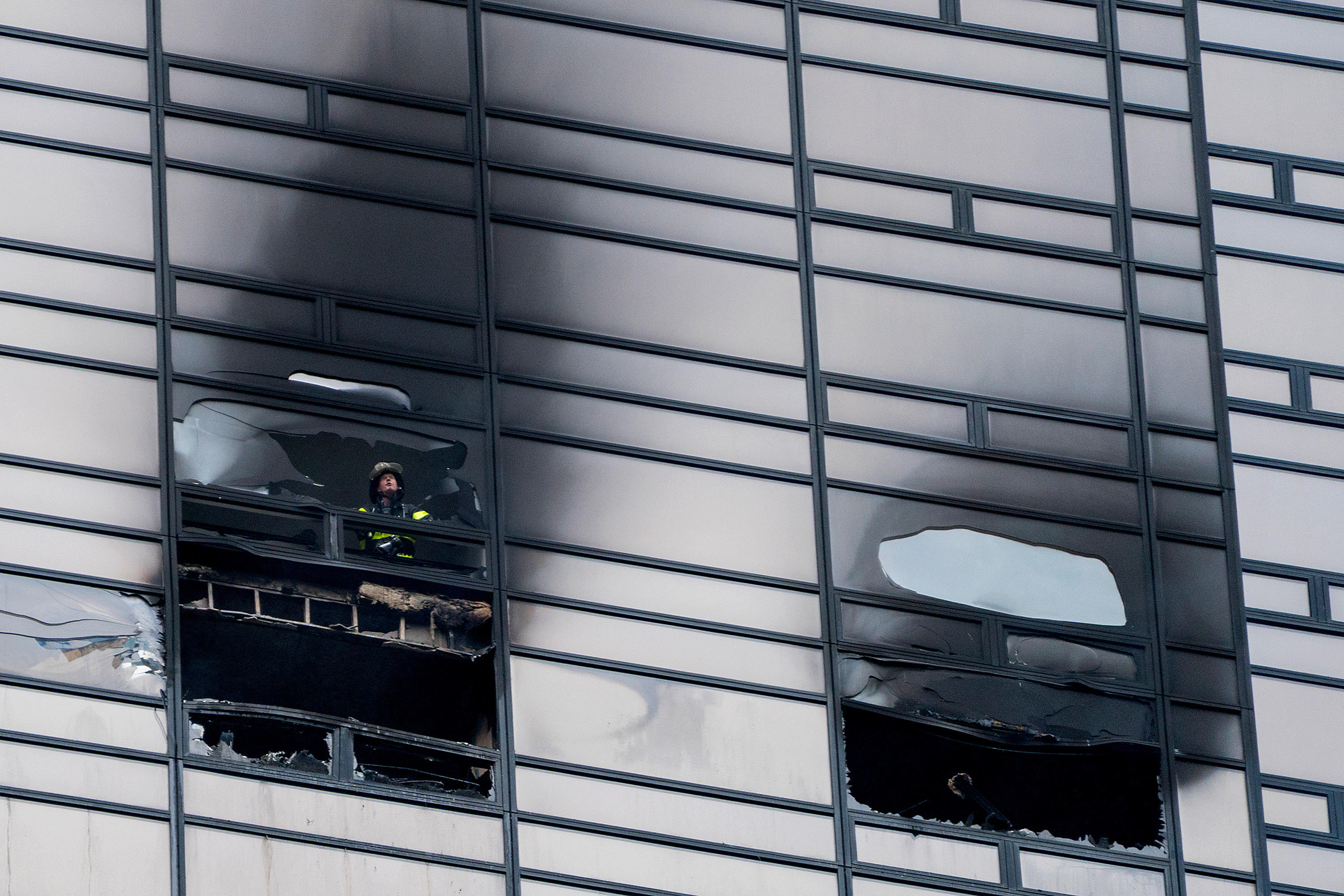 The New York City Fire Department (FDNY) announced Monday that a deadly fire at Trump Tower was an accident. The department said on social media that "multiple overloaded power strips" caused the fire in the Manhattan building earlier this month.

The department said there were no smoke alarms in the apartment where the fire started.

Todd Brassner, 67, died at a hospital on April 7 after a fire ripped through his apartment in the high-rise, which opened in 1983 at a time when building codes did not require the residential section to have sprinklers.

Subsequent updates to the codes required commercial skyscrapers to install sprinklers retroactively, but owners of older residential high-rises are not required to install them unless the building undergoes major renovations.

Some fire safety advocates pushed for a requirement that older apartment buildings be retrofitted with sprinklers when the city passed a law requiring them in new residential high-rises in 1999, but officials in the administration of then-mayor Rudolph Giuliani said that would be too expensive.

President Trump was among the developers who spoke out against the retrofitting as unnecessary and expensive.

He later changed his views, saying sprinklers made tenants feel safer. He ultimately decided to spend $3 million to put sprinklers in all 350 units of Trump World Tower near the United Nations, The New York Times reported.

"People feel safer with sprinklers," Trump said in 1999, according to The Times. "But the problem with the bill is that it doesn't address the buildings that need sprinklers the most. If you look at the fire deaths in New York, almost all of them are in one-or two-family houses."

The city's Department of Buildings had said Trump Tower did have working hard-wired smoke detectors, and that the fire department was first notified of the blaze by the detectors in the building's heating and ventilation system.

Brassner, who records show bought his unit in 1996, was an art collector who spent time with Andy Warhol.

He is mentioned several times in Warhol's posthumously published diaries, with references including lunch dates and shared taxis. The artist signed and dedicated at least one print to him.

But in recent years, Brassner had financial problems and went through bankruptcy proceedings. According to documents, his family stopped helping him pursue buying and selling art at the end of 2014, and in the last few years he was "plagued with debilitating medical problems" that made it "difficult for him to function."

Mr. Trump, who was in Washington at the time of the fire, sent out a tweet before the fatality was reported: "Fire at Trump Tower is out. Very confined (well built building). Firemen (and women) did a great job. THANK YOU!"

He has not tweeted about Brassner's death.

No member of the Trump family was in the 664-foot tower on the day of the fire.

Mr. Trump's family has an apartment on the top floors of the 58-story building, but he has spent little time in New York since taking office. The headquarters of the Trump Organization is on the 26th floor.