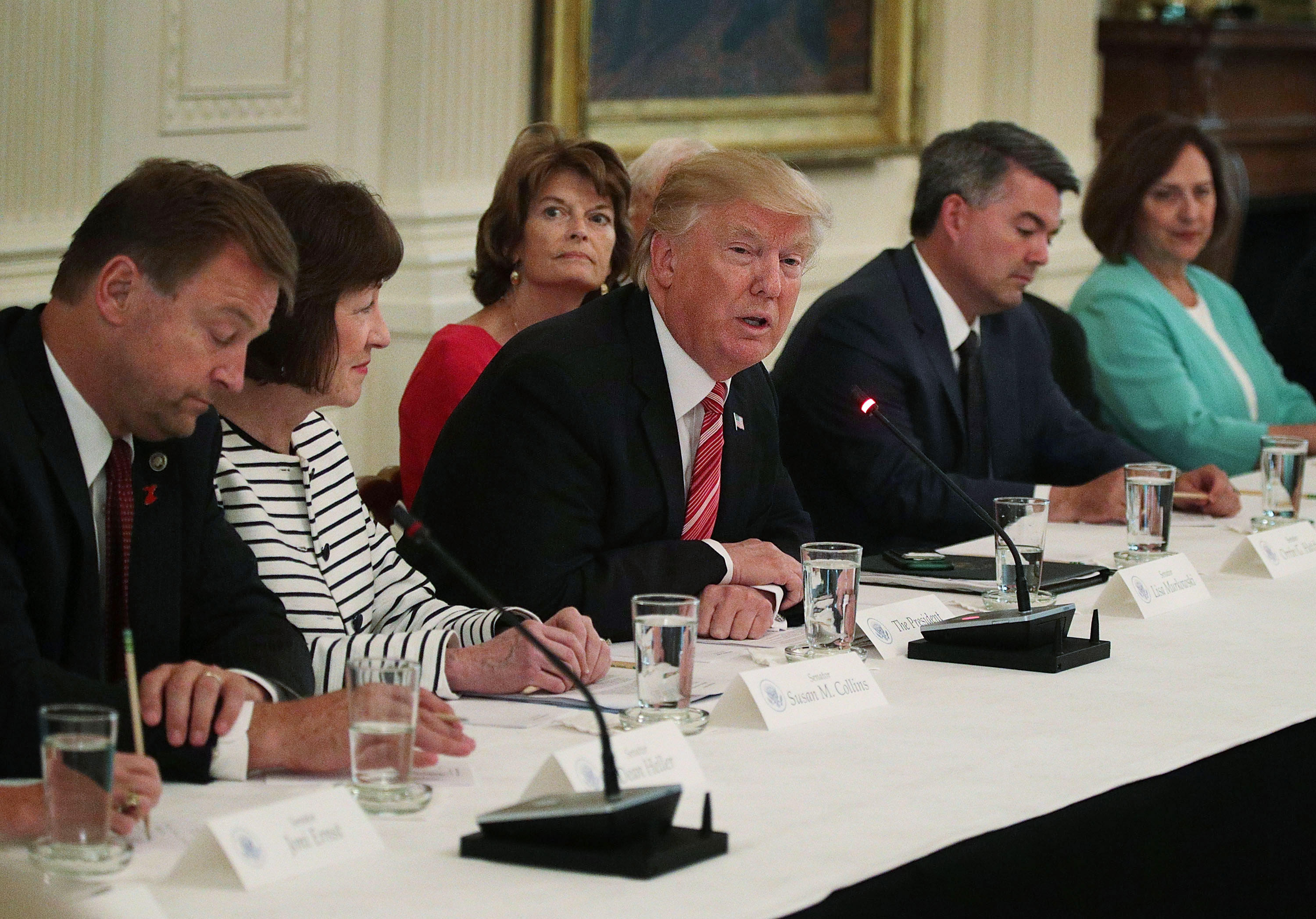 President Trump invited all the Republican senators to the White House to discuss health care, soon after Senate Majority Leader Mitch McConnell announced that the Senate vote on the bill, originally slated for this week, would be postponed until after the July 4 recess.

After the Congressional Budget Office released its score of the bill, showing tens of millions more would be uninsured if the Senate bill were to become law, it became evident that McConnell lacked the support to bring the bill to the floor for a vote.

At the White House Tuesday afternoon, Mr. Trump told senators that because Obamacare is "a total disaster," "we really have no choice but to solve this situation."

Flanked by moderates Sens. Susan Collins of Maine and Lisa Murkowski of Alaska, Mr. Trump said to the senators, "This will be great if we get it done." Murkowski had told reporters earlier that she "certainly wasn't ready" to vote on the bill, and she called the delay "an important step."

The president contemplated the possibility that the GOP-controlled Senate, divided between hardliners pushing for a complete repeal of the Affordable Care Act and moderates concerned that their older or poorer constituents would lose coverage, might fail to pass a health care bill.

"And if we don't get it done, it's just going to be something that we're not going to like," the president said. "And that's okay, and I understand that very well."

Senate Majority Leader Mitch McConnell said after the meeting that "good progress" was made during the session, and there's a "really good chance" of passing the bill.