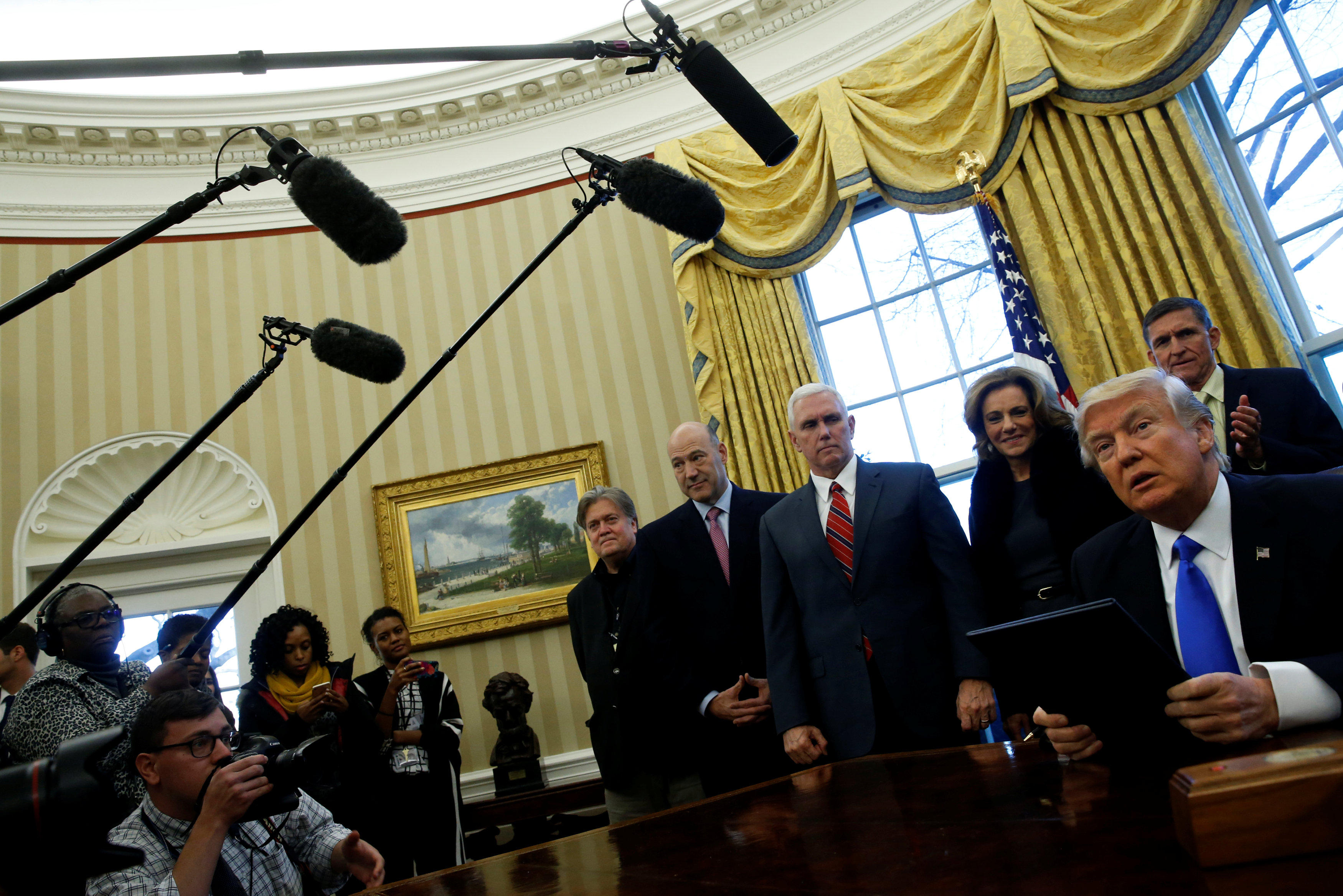 On the heels of a controversial order barring refugees and travelers to the U.S. from some Muslim majority countries, President Trump continued his rapid-fire signing of executive actions Saturday, putting his name to three more addressing the Islamic State of Iraq and Syria (ISIS), a ban on lobbying and a reorganization of the National Security Council.

Of the lobbying ban, which will restrict how government officials take jobs with lobbying firms after their stint in the public service, Mr. Trump called it a “five-year” rule.

“Most of the people standing behind me will not be able to go to work,” the president joked.

On the memorandum outlining a plan to defeat ISIS, Mr. Trump predicted that “it’s going to be very successful.”

“It represents a lot -- and also a lot of efficiency and I think a lot of additional safety,” he said of the memo.

The president answered two brief questions about the immigration order he signed Friday, saying that his administration was “totally” prepared to implement the directive.

“It’s working out very nicely. You see it at the airports, you see it all over,” Mr. Trump said, presumably referencing reports of multiple detentions of travelers at airports around the country. “It’s working out very nicely, and we’re going to have a very, very strict ban, and we’re going to have extreme vetting, which we should have had in this country for many years.”

Despite the targeting of Muslim majority countries and the priority the president said he would give to processing Christian refugee applications, Mr. Trump denied that the order was a “Muslim ban.”