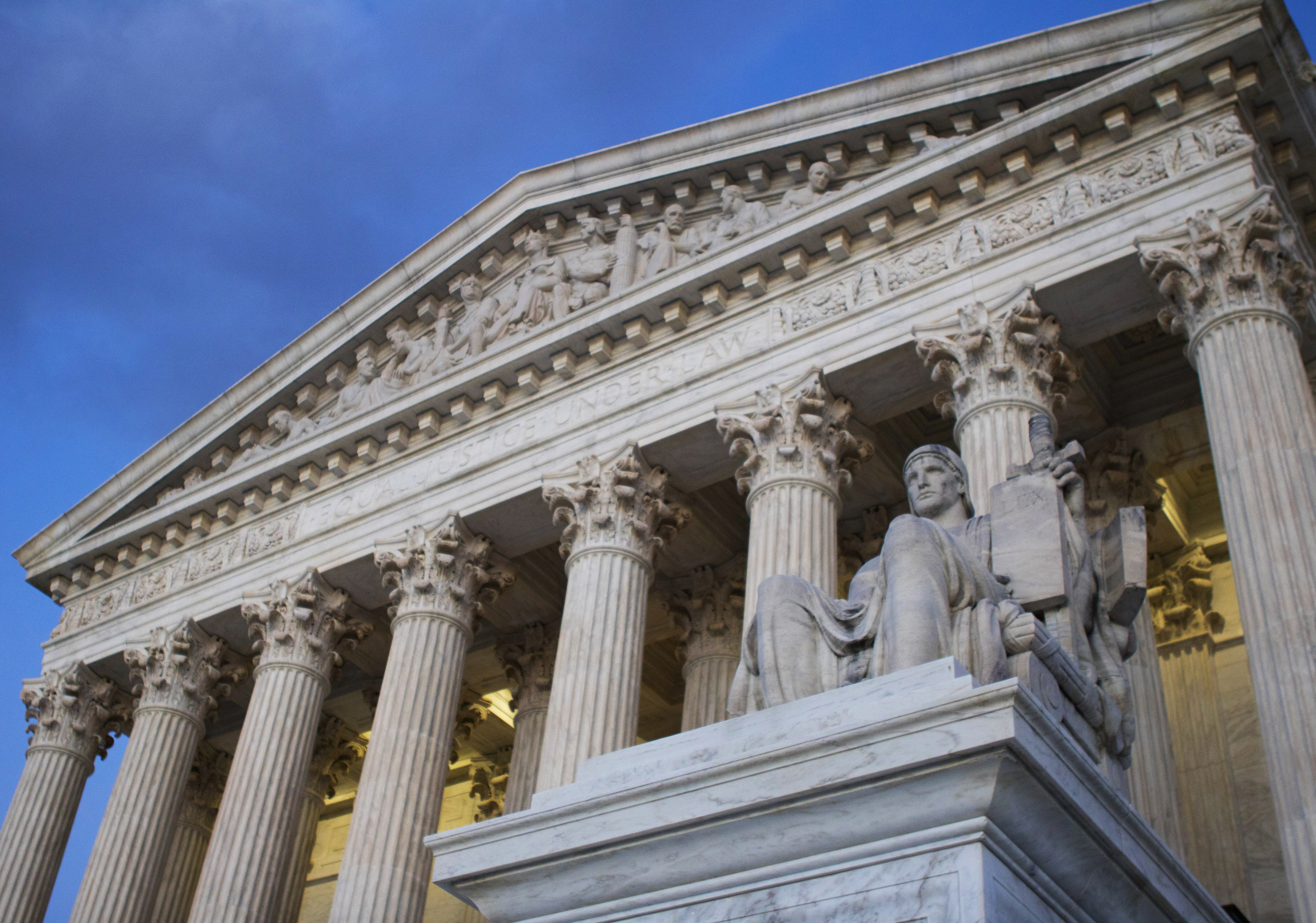 The choice to fill the Supreme Court vacancy left by the death of Justice Antonin Scalia is down to two names -- Denver-based U.S. Court of Appeals Judge Neil Gorsuch and U.S. District Court Judge Thomas Hardiman of Pennsylvania, according to two sources close to the selection process.

Gorsuch has a slight edge -- CBS News’ Jan Crawford reported that Gorsuch was the front-runner over the weekend.

But as Mr. Trump narrows the field, “many voices” are “making calls” on Hardiman’s behalf, and he cannot be ruled out, one source said. Hardiman has to be considered a serious contender, just on the heels of Gorsuch.

Tuesday’s White House meeting with Senate leaders and members of the Judiciary Committee is designed to be a general discussion to see if any names on Trump’s list of 21 potential high court nominees would present problems. It is not designed to elicit specific endorsements or opposition to any specific nominee. From the White House perspective, it is viewed as a gesture of respect of the Senate advise-and-consent role.

Both Hardiman and Gorsuch are regarded as conservative, but neither is thought by the White House to be unconfirmable. Nor are they nominees who would, the White House believes, elicit a massive Senate Democratic uprising. That is the working theory, but confirmation fights in the modern era have been unpredictable.  There is a sense within the White House that 10 Senate Democrats up for re-election in 2018 from pro-Trump states are particularly vulnerable and MAY vote for confirmation -- hence the White House’s desire to move as rapidly as possible to preserve its leverage.

Gorsuch is a former Washington, D.C. lawyer and Supreme Court clerk educated at Harvard and Oxford who is considered a solid conservative. He sailed through his Senate confirmation in 2006, and was even introduced by both the Republican (then-Sen. Wayne Allard) and Democratic (then-Sen. Ken Salazar) senators from his home state of Colorado.

Gorsuch’s ascendancy may come as a surprise because legal conservatives had been urging Trump to tap Alabama-based federal appeals court judge William Pryor. A former Alabama deputy attorney general under Attorney General nominee Sen. Jeff Sessions, Pryor was appointed to fill Sessions’ position as Alabama attorney general after he was elected to the U.S. Senate. Pryor is a highly regarded judge who many believe would have been the most worthy successor to Antonin Scalia, but his nomination to the Eleventh Circuit in 2003 was hotly contested.

Selecting Hardiman would diversify the high court in one way -- if confirmed, Hardiman would be the only one on the high court without an Ivy League degree. The Massachusetts native became the first person in his family to go to college when he attended the University of Notre Dame. He paid his way through law school at Georgetown by driving a taxi.

Democrats filibustered Pryor’s nomination because of his views on abortion – during his confirmation hearing, Pryor stood by his comments calling Roe v. Wade “the worst abomination in the history of constitutional law.” Ultimately, Bush appointed Pryor to the bench using a recess appointment in 2004, and Pryor was permanently confirmed as part of the Gang of 14 compromise negotiated by Arizona Sen. John McCain in 2005.

Republicans on Capitol Hill told Mr. Trump they’re wary of the blowback from Democrats if Pryor were to be his pick. But Pryor also was no favorite of the religious right. Because he is not a results-oriented judge, Pryor does not always reach a conservative outcome.

One potential obstacle for Hardiman is a gender stereotyping case, similar to a case that tripped up Pryor with the religious right. Writing for the court, Hardiman’s opinion allowed a gender discrimination lawsuit filed by a gay man describing himself as “effiminate” to proceed.

Mr. Trump’s team believes Gorsuch is significantly less likely to inflame the left, while also being an acceptable choice to the far right. Gorsuch sided with Hobby Lobby in the Obamacare contraception case and wrote a book about assisted suicide that indicated his pro-life views. Before joining the bench, Gorsuch took few if any controversial positions as a D.C. lawyer in private practice or during his brief stint in the civil division of the Bush Justice Department.