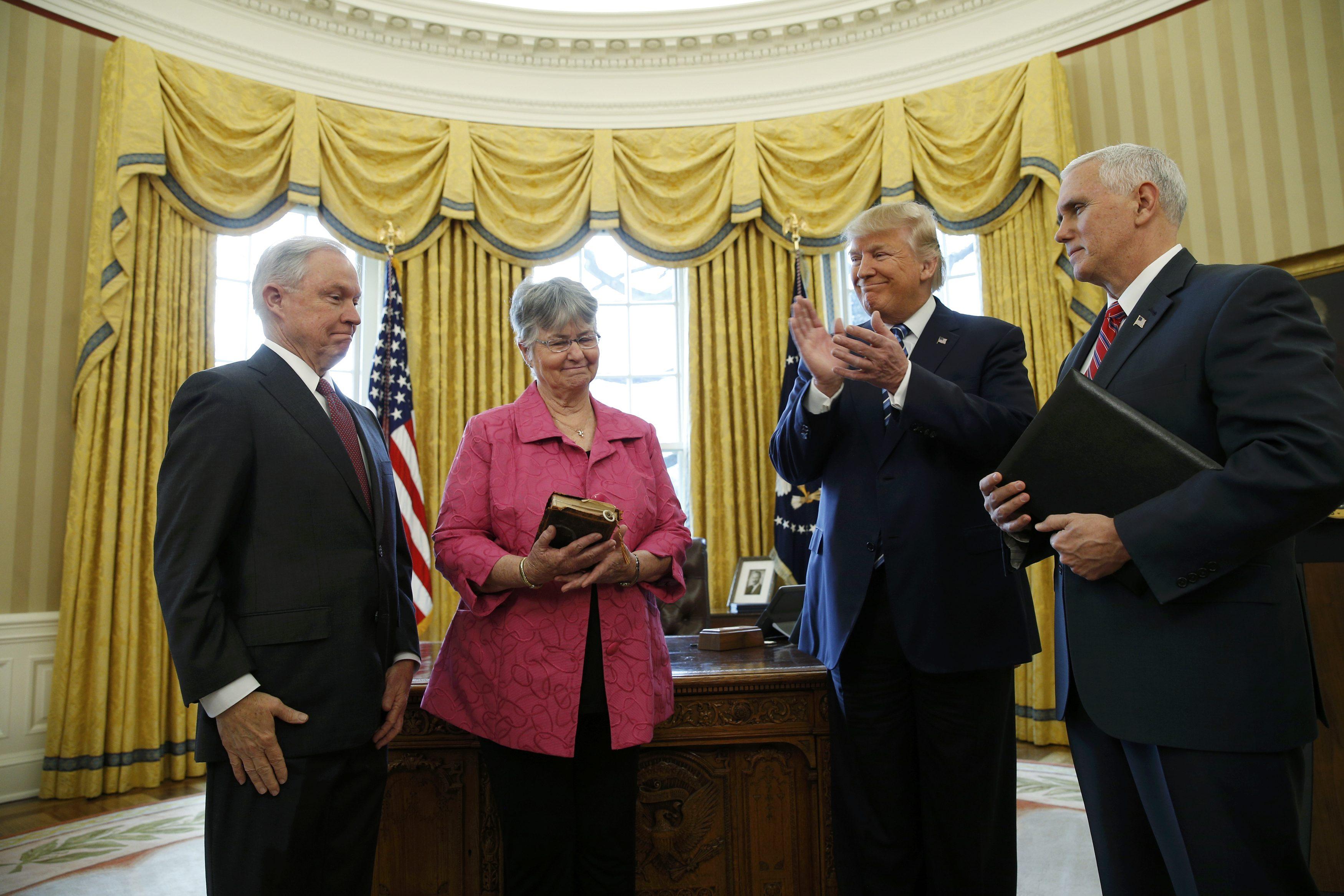 The first executive order, according to what Mr. Trump outlined during the signing ceremony in the Oval Office, is meant to direct the Departments of Justice and Homeland Security to “undertake all necessary and lawful action to break the back of the criminal cartels that have spread across our nation and are destroying the blood of our youth and many other people.”

The president signed the action Thursday after swearing in Attorney General Jeff Sessions. Among other powers, the action gives broad authority to increase intelligence and lawn enforcement information sharing with foreign powers in order to crack down on “transnational criminal organizations” and their subsidiaries. It also instructs an interagency panel to compile a report on crime syndicates within four months.

“These groups are drivers of crime, corruption, violence, and misery,” the order reads. “In particular, the trafficking by cartels of controlled substances has triggered a resurgence in deadly drug abuse and a corresponding rise in violent crime related to drugs.”

“We have to do something about the cartels,” the president said in the interview, a portion of which aired Monday. He said he’d spoken with his Mexican counterpart, President Enrique Peña Nieto, about working together on the issue.

“We’ve got to stop the drugs from coming into our country,” Mr. Trump told O’Reilly. “And if he can’t handle it -- maybe they can and maybe they can’t or maybe he needs help -- he seemed very willing to get help from us, because he has got a problem and it’s a real problem for us.”

The president signed two other actions Thursday, including one that creates a task force within the Justice Department dedicated to “reducing violent crime in America.”

The “Task Force on Crime Reduction and Public Safety” will have administrative and financial support from the Attorney General’s office, according to the text of the order.

The last action directs the DOJ to implement a plan to “stop crime and crimes of violence against law enforcement officers.”

The order itself instructs the department to “pursue appropriate legislation...that will define new Federal crimes, and increase penalties for existing Federal crimes, in order to prevent violence against Federal, State, tribal, and local law enforcement officers.” That recommended legislation could include “defining new crimes of violence and establishing new mandatory minimum sentences for existing crimes of violence.”

The order also directs a thorough evaluation of all grant funding programs currently administered by the Justice Department.

“It’s a shame what’s been happening to our great -- truly great -- law enforcement officers,” the president said at the signing. “That’s going to stop as of today.”