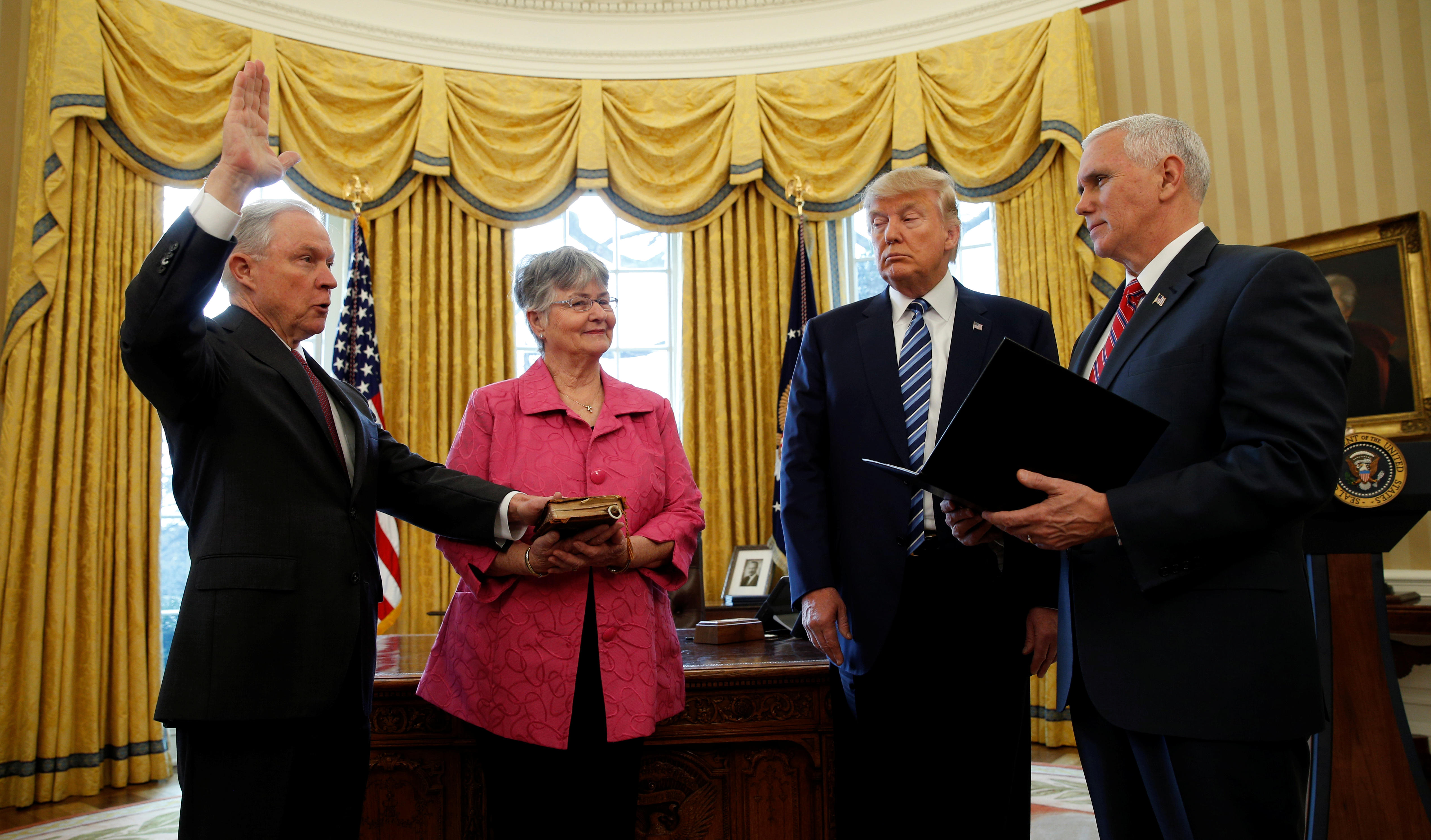 The day after the Senate confirmed him as attorney general, Sen. Jeff Sessions was sworn in by Vice President Mike Pence in an Oval Office ceremony Thursday morning.

President Trump, in opening remarks, praised Sessions as “a man of integrity, a man of principle and a man of total, utter resolve.”

“He has devoted his life to the cause of justice and believes deeply that all people are equals in the eyes of the law - and very importantly for Jeff and so many of us also in the eyes of God,” the president said.

Sessions, in brief remarks afterward, thanked the president for “this great honor.”

“It’s something I never expected would happen in my life,” Sessions said. “The honor to lead it now is something I do not have words to express effectively.”

The former Alabama senator identified areas he’ll target in his new job -- a crime problem that he said is a “dangerous permanent trend that places the safety of the American people at risk.” He also pointed to “an increased threat from terrorism” and promised to “respond effectively.”

And Sessions also called for “a lawful system of immigration.”

“We need to end this lawlessness that threatens the public safety,” he said.

He praised the staff at the Justice Department, where he himself worked decades ago as a federal prosecutor, and said Americans need to “value and support and encourage the fabulous people who work there.” Sessions is going to the Justice Department in the afternoon and will meet with federal law enforcement officials later in the day.

After the ceremony, Mr. Trump also signed three executive actions aimed at strengthening law enforcement, which he called “all very important,” though the actions have not yet been released.

Of the first, he said,  “I’m directing Department of Justice and Department of Homeland Security to undertake all necessary and lawful action to break the back of the criminal cartels that have spread across our nation and are destroying the blood of our youth and many other people.”

The second directs the Justice Department “to form a task force on reducing violent crime in America.”

"I feel it when I'm out and about": Dems energized by recent wins