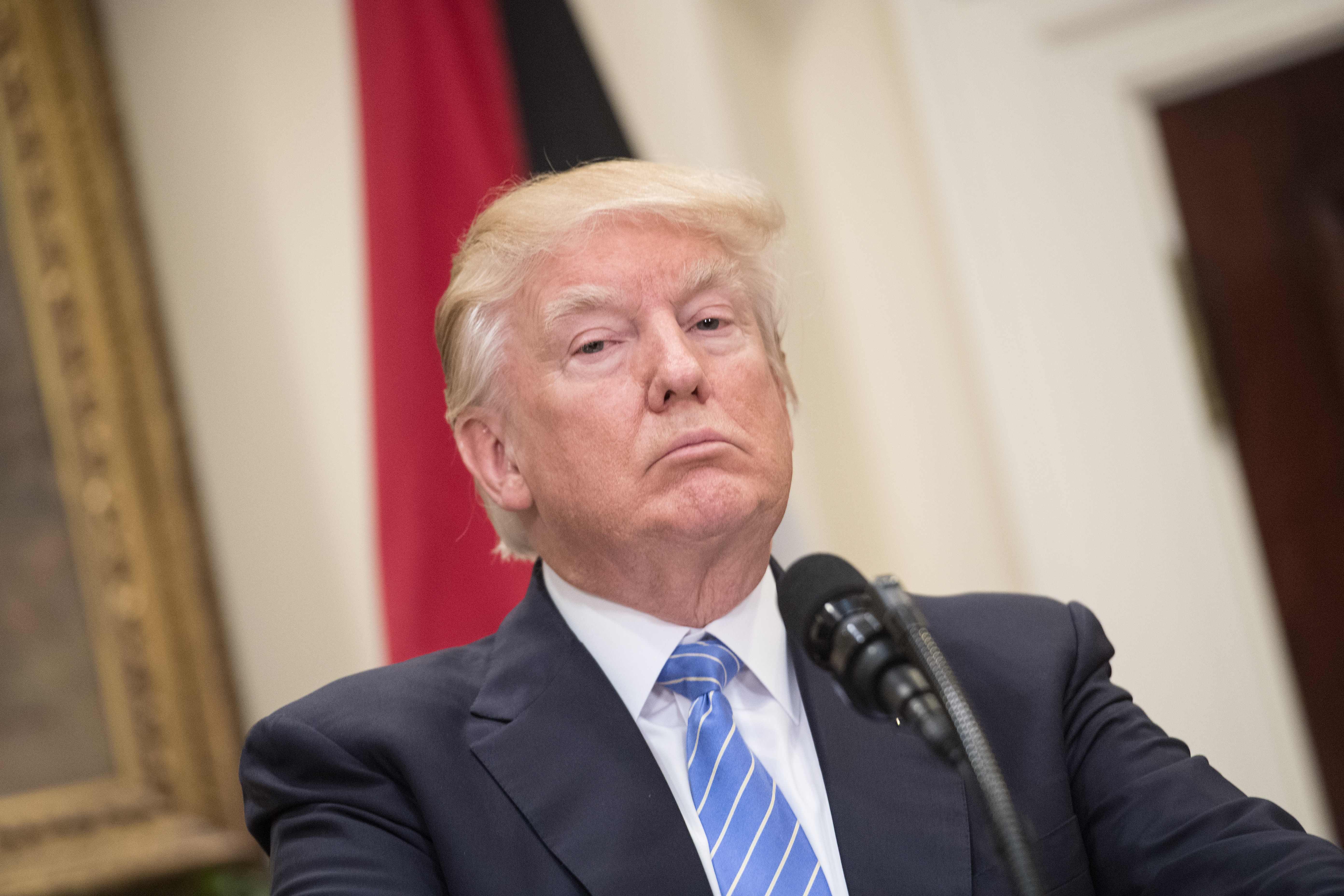 President Donald Trump says that he did not ask ousted FBI Director James Comey for his loyalty -- but that it wouldn't be an "inappropriate" thing to ask.

"I don't think it would be a bad question to ask," Mr. Trump told Fox News' Jeanine Pirro in an interview airing Saturday. "I think loyalty to the country, loyalty to the US is important  -- you know, it depends on how you define loyalty, number one."

Mr. Trump added that he doesn't know "it got out there" that he had asked Comey if he was loyal to him "because I didn't ask that question."

On Thursday, a law enforcement official told CBS News' Pat Milton that Mr. Trump had asked Comey if he would pledge his loyalty to the president in January. The source said the request was made while the two had dinner at the White House, and that Comey had declined to make the pledge.

In the interview with Pirro, Mr. Trump also pushed back on calls for an independent commission to investigate allegations that his campaign had links to the Russian government. Mr. Trump said that he would prefer the investigations into the matter currently going on in the House, the Senate, and the FBI "take their time."

Mr. Trump also told Pirro that it would be "a good idea" to not have daily press briefings at the White House due to "a level of hostility that's incredible" and "very unfair."

Asked by Pirro if Spicer would remain on the job, Mr. Trump said that "he's doing a good job but he gets beat up."

"Will he be there tomorrow?" Pirro asked. "He's been there since the beginning," Mr. Trump replied.