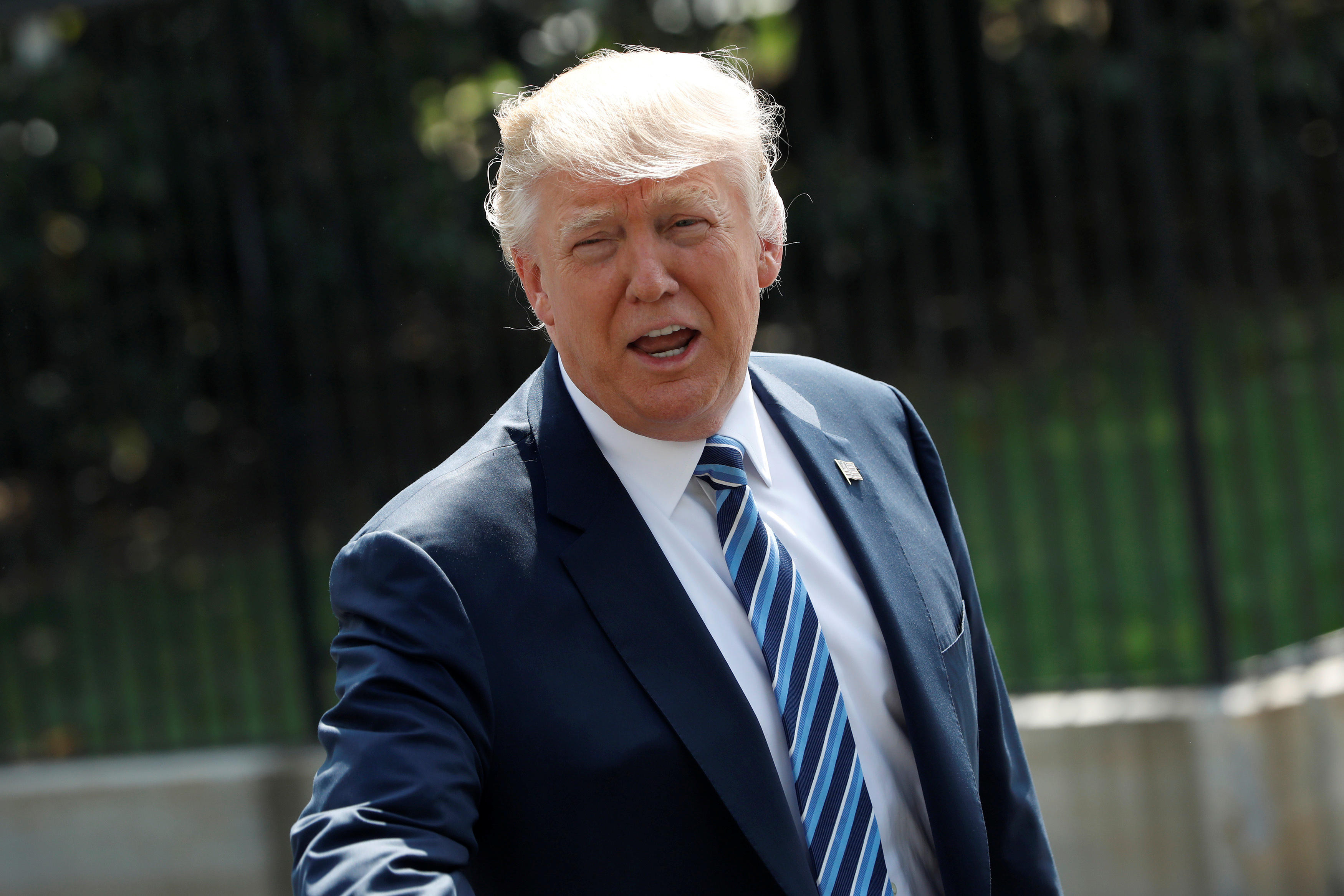 President Trump said Thursday that he planned to fire James Comey as FBI director regardless of the recommendation made by Deputy Attorney General Rod Rosenstein.

"Oh, I was gonna fire, regardless of recommendation," Mr. Trump said in an interview with NBC "Nightly News" anchor Lester Holt that airs Thursday evening.

Mr. Trump reiterated that he had planned to take that action even without the recommendation Rosenstein made in a memo.

This contradicts the president's own termination letter to Comey on Tuesday that officially conveyed his dismissal. Mr. Trump explicitly said that he made the decision as a result of Rosenstein's memo.

"I have received the attached letters from the Attorney General and Deputy Attorney General of the United States recommending your dismissal as the director of the Federal Bureau of Investigation," Mr. Trump wrote. "I have accepted their recommendation and you are hereby terminated and removed from office, effective immediately."

In the letter, Mr. Trump also said that on three separate occasions, Comey told him that he wasn't under investigation. Asked why he put that there, the president told NBC, "Because he told me that. I mean, he told me it."

The president said that Comey first informed him that he wasn't under investigation during a dinner at the White House.

"At that time, he told me, 'You are not under investigation,'" Mr. Trump said.

One of the documents the White House released following his firing Tuesday was a memo written by Rosenstein to Attorney General Jeff Sessions, in which he outlined the rationale for removing Comey from his role. He pointed to the way Comey had handled the investigation into Hillary Clinton's use of a private email server as one factor.

Democrats, however, reject this reason because they say Republicans could have fired him last year. Many are suggesting Comey's ouster has more to do with his investigation into Russian meddling in the U.S. election and possible collusion between Trump associates and Russian officials.

During the interview, the president also called Comey "a showboat" and "a grandstander," and said that the FBI had been "in turmoil" while Comey has been FBI director.