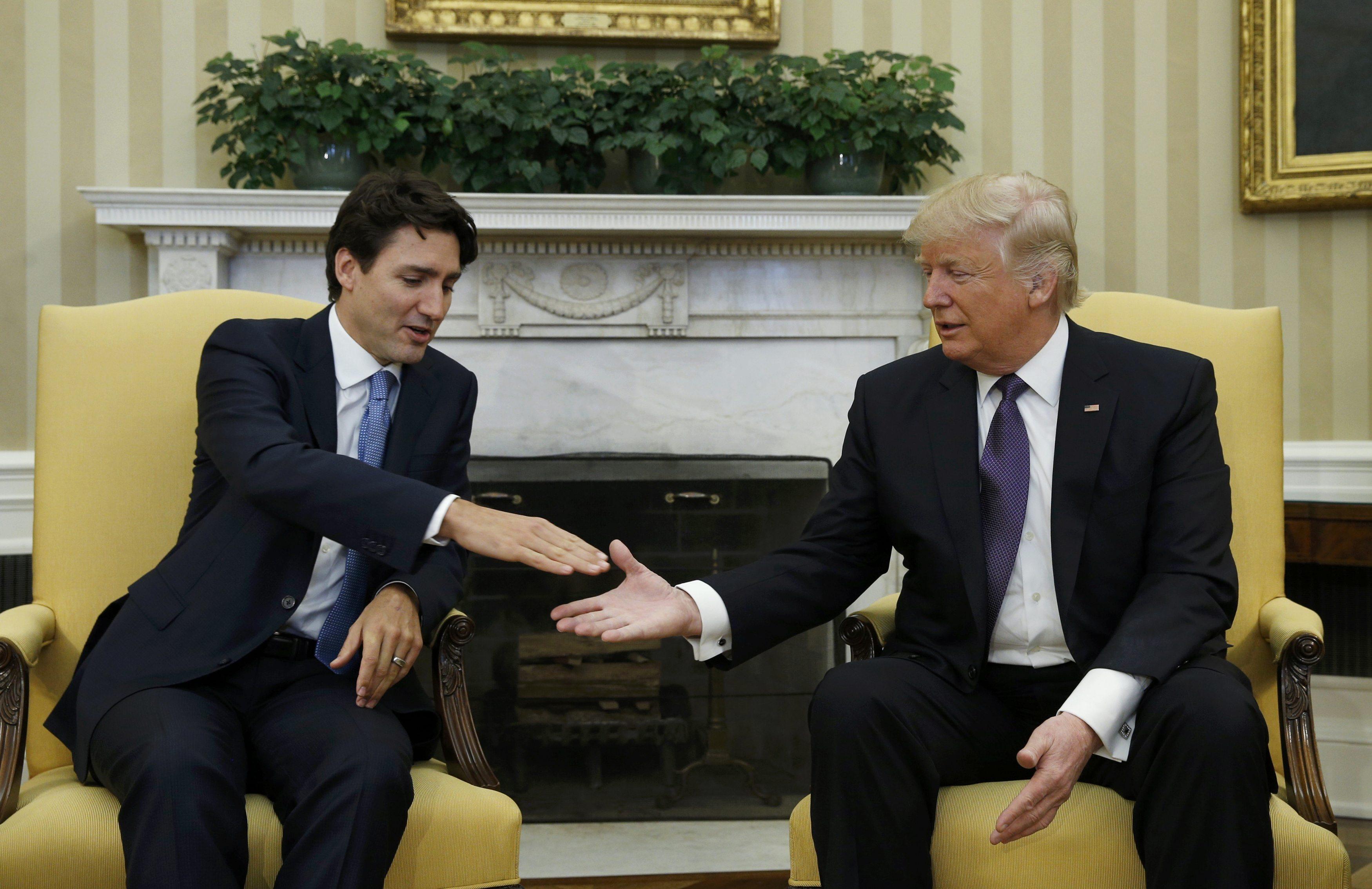 WASHINGTON -- President Trump has been handing out his cellphone number to world leaders and urging them to call him directly, an unusual invitation that breaks diplomatic protocol and is raising concerns about the security and secrecy of the U.S. commander in chief's communications.

Mr. Trump has urged leaders of Canada and Mexico to reach him on his cellphone, according to former and current U.S. officials with direct knowledge of the practice. Of the two, only Canadian Prime Minister Justin Trudeau has taken advantage of the offer so far, the officials said.

Mr. Trump also exchanged numbers with French President Emmanuel Macron when the two spoke immediately following Macron's victory earlier this month, according to a French official, who would not comment on whether Macron intended to use the line.

All the officials demanded anonymity because they were not authorized to reveal the conversations. Neither the White House nor Trudeau's office responded to requests for comment.

The notion of world leaders calling each other up via cellphone may seem unremarkable in the modern, mobile world. But in the diplomatic arena, where leader-to-leader calls are highly orchestrated affairs, it is another notable breach of protocol for a president who has expressed distrust of official channels. The formalities and discipline of diplomacy have been a rough fit for Mr. Trump who, before taking office, was long easily accessible by cellphone and viewed himself as freewheeling, impulsive dealmaker.

Presidents generally place calls on one of several secure phone lines, including those in the White House Situation Room, the Oval Office or the presidential limousine. Even if Mr. Trump uses his government-issued cellphone, his calls are vulnerable to eavesdropping, particularly from foreign governments, national security experts say.

"If you are speaking on an open line, then it's an open line, meaning those who have the ability to monitor those conversations are doing so," said Derek Chollet, a former Pentagon adviser and National Security Council official now at the German Marshall Fund of the United States.

A president "doesn't carry with him a secure phone," Chollet said. "If someone is trying to spy on you, then everything you're saying, you have to presume that others are listening to it."

The caution is warranted even when dealing with allies. As German Chancellor Angela Merkel's learned in 2013, when a dump of American secrets leaked by Edward Snowden revealed the U.S. was monitoring her cellphone, good relations don't prevent some spycraft between friends.

"If you are Macron or the leader of any country and you get the cellphone number of the president of the United States, it's reasonable to assume that they'd hand it right over to their intel service," said Ashley Deeks, a law professor at the University of Virginia who formerly served as the assistant legal adviser for political-military affairs in the U.S. State Department.

The practice opens Mr. Trump up to charges of hypocrisy. Throughout last year's presidential campaign, he lambasted Democratic rival Hillary Clinton for using a private email server while she was secretary of state, insisting she should not be given access to classified information because she would leave it vulnerable to foreign foes.

Presidents' phone calls with world leaders often involve considerable advance planning. State Department and National Security Council officials typically prepare scripted talking points and background on the leader on the other end of the line. Often an informal transcript of the call is made and circulated among a select group - sometimes a small clutch of aides, sometimes a broader group of foreign policy officials. Those records are preserved and archived.

The White House did not respond to questions on whether the president is keeping records of any less-formal calls with world leaders.

The administration has been fending off questions about a senior aide's alleged attempt to set up a secret back channel of communication with Moscow in the weeks before Mr. Trump took office. White House adviser Jared Kushner, Mr. Trump's son-in-law, met in December with Russia's ambassador to the U.S. and discussed whether a secret line of communication could be used to facilitate sensitive policy discussions about the conflict in Syria, according to a person familiar with the talks. The person demanded anonymity because the person was not authorized to discuss the sensitive conversation by name.

The White House has said such back channel communications are useful and discreet.

Mr. Trump has struggled more than most recent presidents to keep his conversations with world leaders private. His remarks to Australian Prime Minister Malcolm Turnbull, Mexican President Enrique Pena Nieto and Russian diplomats have all leaked, presumably after notes of the conversations were circulated by national security officials.

It was unclear whether an impromptu, informal call with a foreign leader would be logged and archived. The Presidential Records Act of 1981, passed in response to the Watergate scandal, requires that the president and his staff to preserve all records related to the office. In 2014, the act was amended to include personal emails.

Under President Obama, the first cellphone-toting president, worries about cyber intrusions - particularly by foreign governments - pulled the president's devices deep into the security bubble. Many of the functions on Obama's BlackBerry were blocked, and a very small handful of people had his phone number or email address, according to former aides.

"Government sometimes looks like a big bureaucracy that has stupid rules, but a lot of these things are in place for very good reasons and they've been around for a while and determine the most effective way to do business in the foreign policy sphere," said Deeks. "Sometimes it takes presidents longer to figure that out."