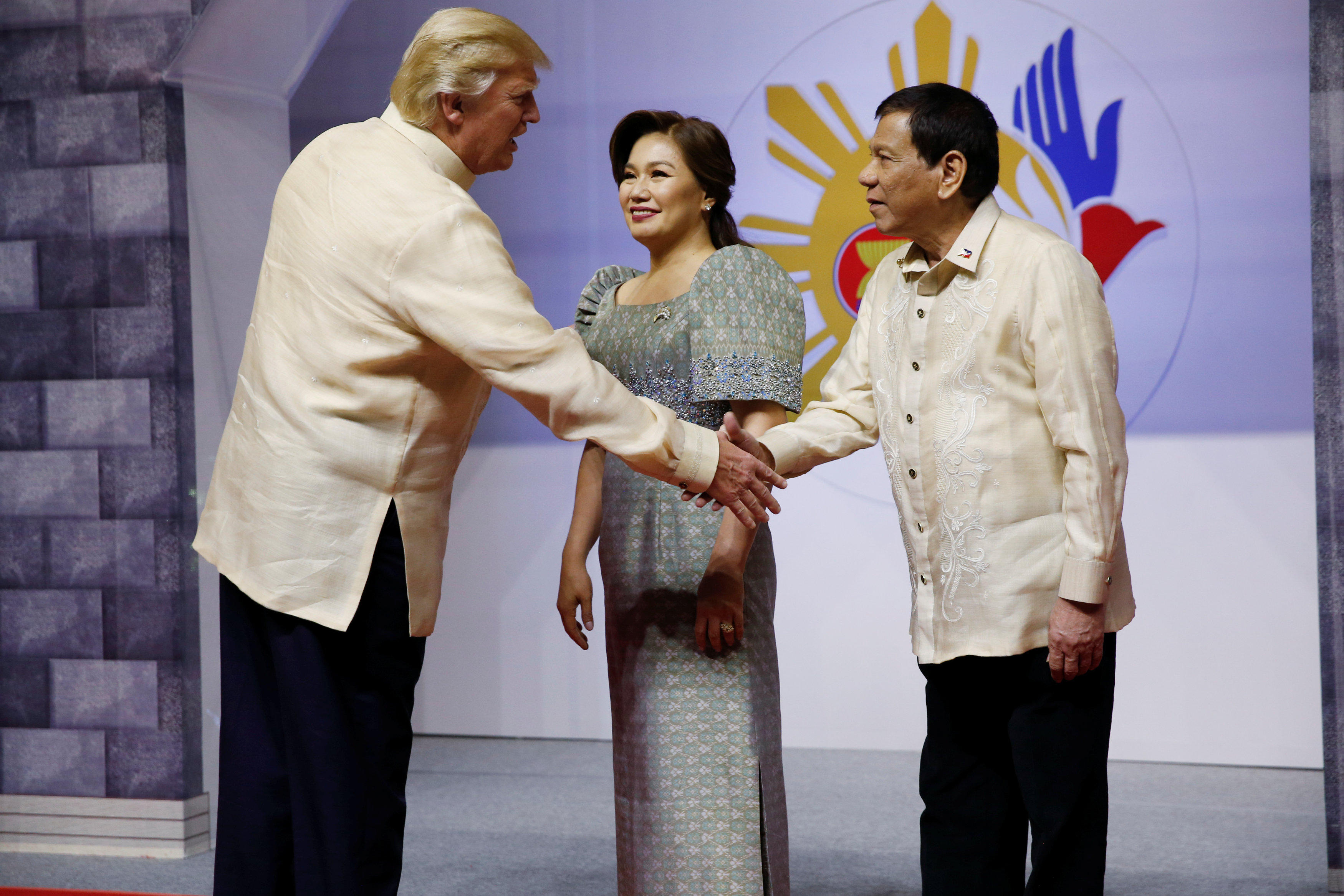 MANILA, Philippines -- President Donald Trump arrived in the Philippines Sunday to attend a pair of international summits and close his five-country tour of Asia.

Mr. Trump is slated to meet several times with Philippine President Rodrigo Duterte, who has come under intense criticism from human rights advocates for overseeing a violent drug crackdown that includes extrajudicial killings.

Mr. Trump was originally scheduled to depart Manila on Monday, but he added a day to the visit so he could more fully participate in one of the summits.

"Just landed in the Philippines after a great day of meetings and events in Hanoi, Vietnam!" Mr. Trump tweeted on Sunday.

He also thanked the president of Vietnam, saying, "We had a wonderful visit" to the country.

Hours earlier, Mr. Trump unleashed a flurry of tweets -- several of them about Russia and its president, Vladimir Putin.

Putin and Mr. Trump met briefly on the sidelines at the APEC Summit in Vietnam. Mr. Trump reportedly questioned Putin several times about Russian meddling in the 2016 U.S. election -- an allegation Putin denied.

Mr. Trump said he believes Putin, but he also said he is "with our agencies," which have concluded that Russia interfered in the 2016 U.S. election.

After arriving in the Philippines Sunday, Mr. Trump attended a gala celebrating the 50th anniversary of the Association of Southeast Asian Nations. Philippine President Duterte greeted Mr. Trump and other leaders one by one as they arrived at a convention center in Manila for the glitzy event.

Mr. Trump and Duterte shook hands twice and exchanged pleasantries before the leaders posed for a group photo and everyone filed into dinner.