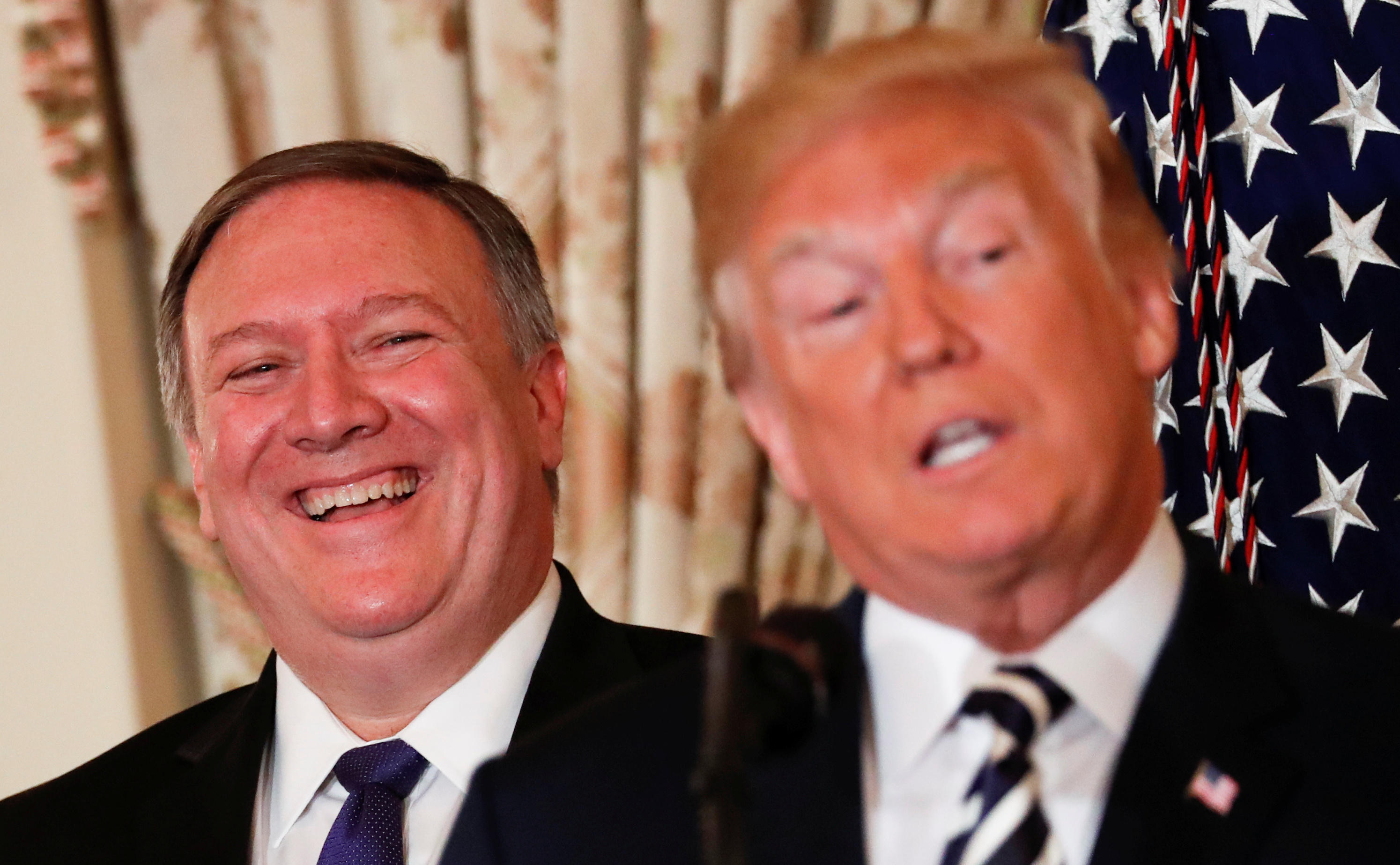 President Trump said he has "no doubt" Mike Pompeo will be making America "proud" as the nation's chief diplomat during a swearing-in ceremony as secretary of state on Wednesday. It was a ceremonial swearing-in, since Pompeo had already formally been sworn in by Supreme Court Justice Samuel Alito after a 57-42 confirmation vote Thursday afternoon.

"You've earned my deepest respect and admiration and trust and you'll see why over the coming  years," Mr. Trump told him before an audience of State Department employees. The president added that he has "absolute confidence he'll do an incredible job as the nation's 70th secretary of state.

Under Pompeo's leadership, Mr. Trump said staffers will be "doing things that you don't even know about." He added,  vaguely, "We have a couple going right now that a lot of people don't know about that are very, very encouraging." Mr. Trump did not elaborate.

After Vice President Mike Pence administered the oath of office, Pompeo told the crowd of colleagues, family and friends that he was deeply humbled by the opportunity to serve the American people.

"This responsibility comes more sobering than we consider the many threats to our prosperity, security and liberty. Mr. President, I promise you, my team and I will be unrelenting in confronting those threats," Pompeo said.

The secretary promised that under his stewardship, the State Department would "deploy tough diplomacy when necessary" and "make sure America is always a respected and principled leader on the world stage."

Pompeo commented on North Korea, one area he'll be tackling in his new role.

"Our eyes are wide open, and it is time to solve this once and for all. A bad deal is not an option. The American people are counting on us to get this right," Pompeo said of North Korea. In April, Pompeo secretly met with North Korean leader Kim Jong Un and said that he had the sense that Kim is serious about denuclearization.

On Tuesday, Pompeo made his first trip to his new office after spending a whirlwind weekend overseas, visiting Brussels, Riyadh, Jerusalem and Amman. Pompeo promised employees he'd help get the State Department its "swagger back" in an address at the on his first day in the building as the nation's top diplomat.

Pompeo said he plans to speak with staffers later in the week to lay out his expectations and hopes for the department, as well as share some of his "leadership style."

The visit to the State Department was the first for Mr. Trump as president. He attended the ceremonial swearing-in of his former Secretary of State Rex Tillerson in the Oval Office.