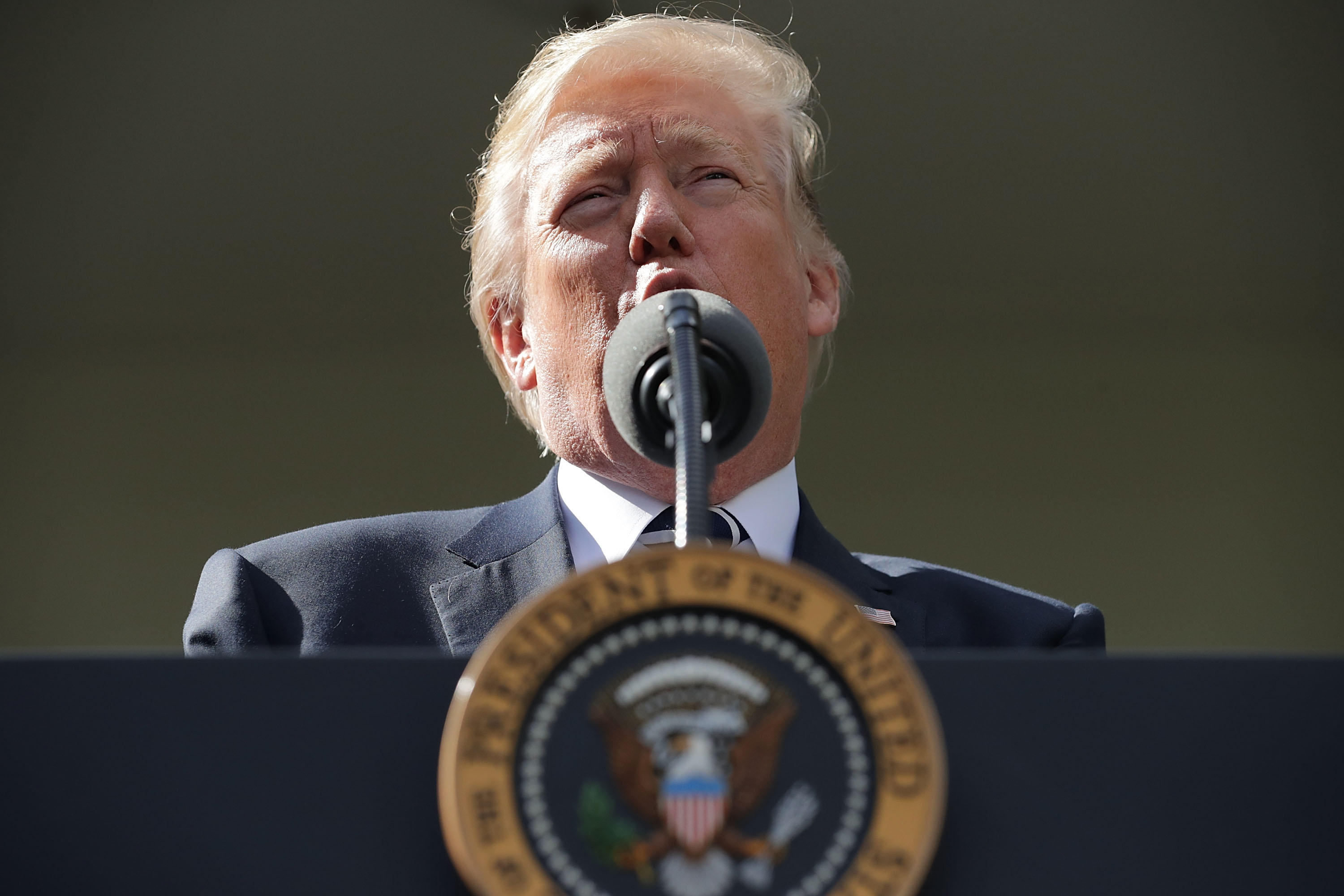 During an impromptu Rose Garden  press conference on Monday, President Trump appeared to criticize his predecessors for not calling the families of soldiers who had died on their watch.

When asked about U.S. soldiers who were killed in an ambush attack by extremists in Niger, Mr. Trump told reporters that he had written them personal letters, and would at "some point" be calling the the families of those killed overseas.

"To say President Obama (or past presidents) didn't call the family member of soldiers KIA (killed in action) -- he's a deranged animal," she added.

A former White House official also told CBS News, "President Trump's claim is wrong. President Obama engaged families of the fallen and wounded warriors throughout his presidency through calls, letters, visits to Section 60 at Arlington, visits to Walter Reed, visits to Dover, and regular meetings with Gold Star Families at the White House and across the country."

An aide to former President Bill Clinton confirmed he, too, called the families of fallen soldiers while he was in office.

A spokesperson for former President George W. Bush also confirmed Mr. Bush had written to families of the fallen as well as called hundreds, if not thousands, of loved ones.

When pressed further on the remark, Mr. Trump appeared to backtrack a little, saying, "I was told that he didn't often, and a lot of presidents don't. They write letters."

"President Obama, I think, probably did sometimes and maybe sometimes he didn't, I don't know, that's what I was told. All I can do, all I can do is ask my generals. Other, other presidents did not call, they'd write letters and some presidents didn't do anything," he added.

During his time in office, Mr. Obama and first lady Michelle Obama were vocal advocates for "Gold Star families," or those who lost loved ones during battle, often hosting them at the White House and meeting personally with families at local military hospitals and bases across the country.

Mr. Obama condemned Mr. Trump during the 2016 campaign for lashing out against Gold Star father Khazir Kahn, who delivered an emotional speech about his Muslim-American son killed in Iraq at the 2016 Democratic National Convention. His son was posthumously awarded a Bronze Star for his heroic actions on the battlefield.

During his speech, Khan pulled a copy of the Constitution out of his suit pocket and offered to lend it to Mr. Trump, asking if he had ever read the document written by the Founding Fathers.

Soon after, Mr. Trump took to Twitter with a complaint that he had been "viciously attacked" by Khan. He also remarked on the silence of Khan's wife, Ghazala Khan, who had stood beside her husband on stage, and he suggested that her silence was related to her faith. "If you look at his wife, she was standing there. She had nothing to say," Mr. Trump said at the time. "Maybe she wasn't allowed to have anything to say. You tell me."

Obama, responding directly to the fallout, slammed Mr. Trump as "unfit to serve as president."

"The notion that he would attack a Gold Star family that had made such extraordinary sacrifice on behalf of our country, the fact that he doesn't appear to have basic knowledge around critical issues in Europe, in the Middle East, in Asia, means that he's woefully unprepared to do this job," he added.

In the fallout of the back and forth, several Gold Star families penned an open letter to then-candidate Trump to stop his attacks on the Khan family.

"Your recent comments regarding the Khan family were repugnant, and personally offensive to us," reads the letter, which was put together Karen Meredith, a Gold Star mother who serves as Military Families Coordinator for VoteVets.org. "When you question a mother's pain, by implying that her religion, not her grief, kept her from addressing an arena of people, you are attacking us. When you say your job building buildings is akin to our sacrifice, you are attacking our sacrifice."