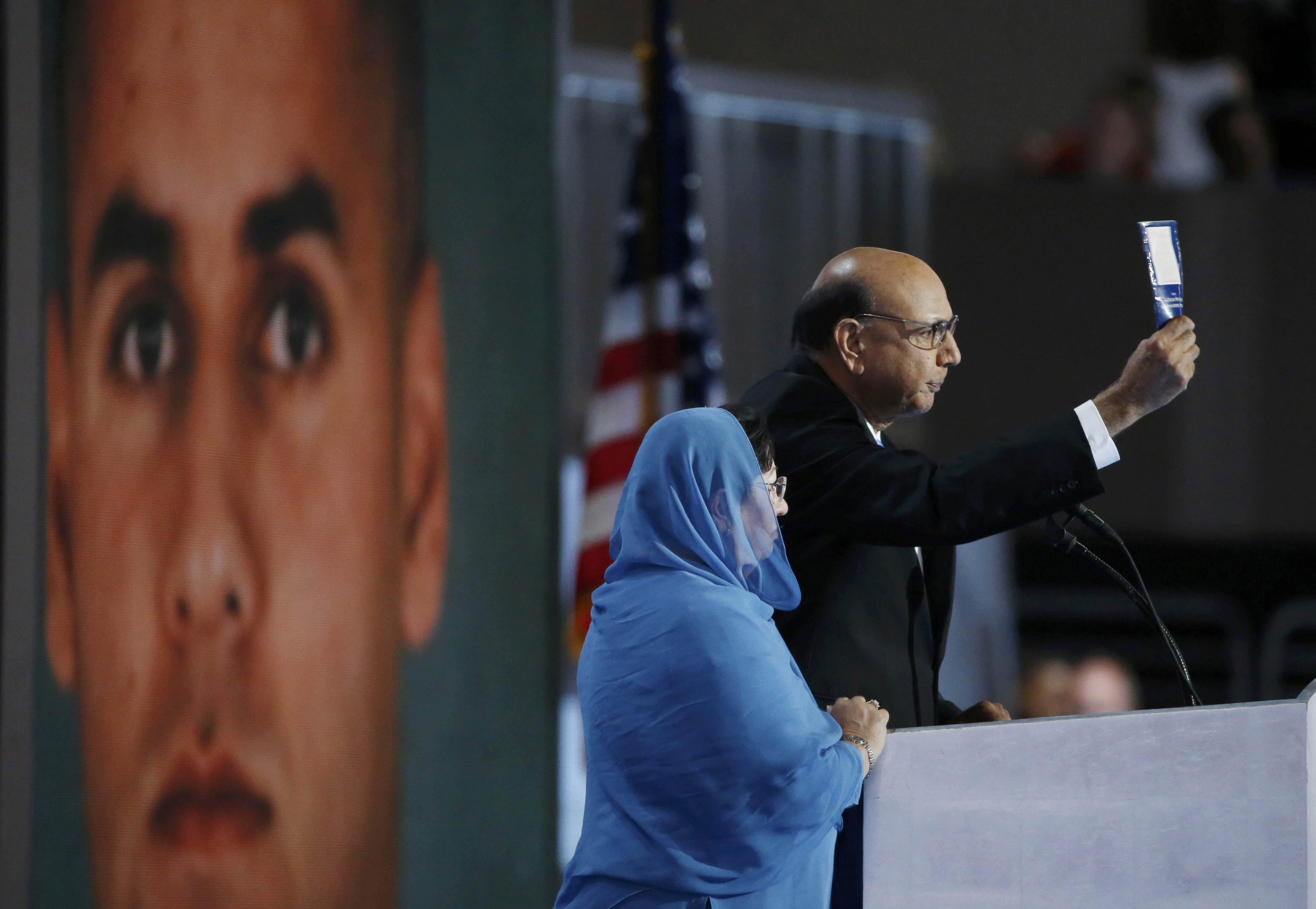 Donald Trump's ongoing feud with the family of a fallen veteran over their appearance at the Democratic National Convention has drawn the ire of others that have lost loved ones to war.

In an open letter, several Gold Star families, a reference to families who have had a loved one die in service to the nation, called on the Republican presidential nominee to stop his attacks on the family of U.S. Army Capt. Humayun Khan, who was killed in Iraq in 2004 and posthumously awarded a Bronze Star for his actions.

The soldier's father, Khizr Khan, gave a blistering denunciation of Donald Trump at last week's Democratic National Convention. The Gold Star father said Trump knew nothing about sacrifice, which the candidate then insisted he did.

Trump then questioned his wife Ghazala Khan's non-speaking role at the convention and suggested that it was because their Muslim faith prevented her from talking.

Ghazala Khan fired back, saying in a op-ed: "I cannot walk into a room with pictures of Humayun. Walking onto the convention stage, with a huge picture of my son behind me, I could hardly control myself. Does [Trump] really need to wonder why I did not speak?"

The letter from Gold Star families said Trump's response to all that has been hurtful.

"Your recent comments regarding the Khan family were repugnant, and personally offensive to us," reads the letter, which was put together Karen Meredith, a Gold Star mother who serves as Military Families Coordinator for VoteVets.org. "When you question a mother's pain, by implying that her religion, not her grief, kept her from addressing an arena of people, you are attacking us. When you say your job building buildings is akin to our sacrifice, you are attacking our sacrifice."

Trump broke a political taboo by going after the Khan family, and the outcry against it has been swift in reply. However, the Trump campaign has offered a vigorous defense of the candidate's attacks on the Khans, and this is not the first time he has attacked a war veteran's character.

Last July, Trump said that Sen. John McCain was only considered a war hero because he was captured - and seemed to mock him for that fact. There was widespread condemnation of his comments, and he never fully apologized for them, yet he went on to win the GOP nomination.

The full text of the Gold Star families' letter to Trump is below.

You are not just attacking us, you are cheapening the sacrifice made by those we lost.

You are minimizing the risk our service members make for all of us.

This goes beyond politics. It is about a sense of decency. That kind decency you mock as "political correctness."

We feel we must speak out and demand you apologize to the Khans, to all Gold Star families, and to all Americans for your offensive, and frankly anti-American, comments.

We hope you will hear us.