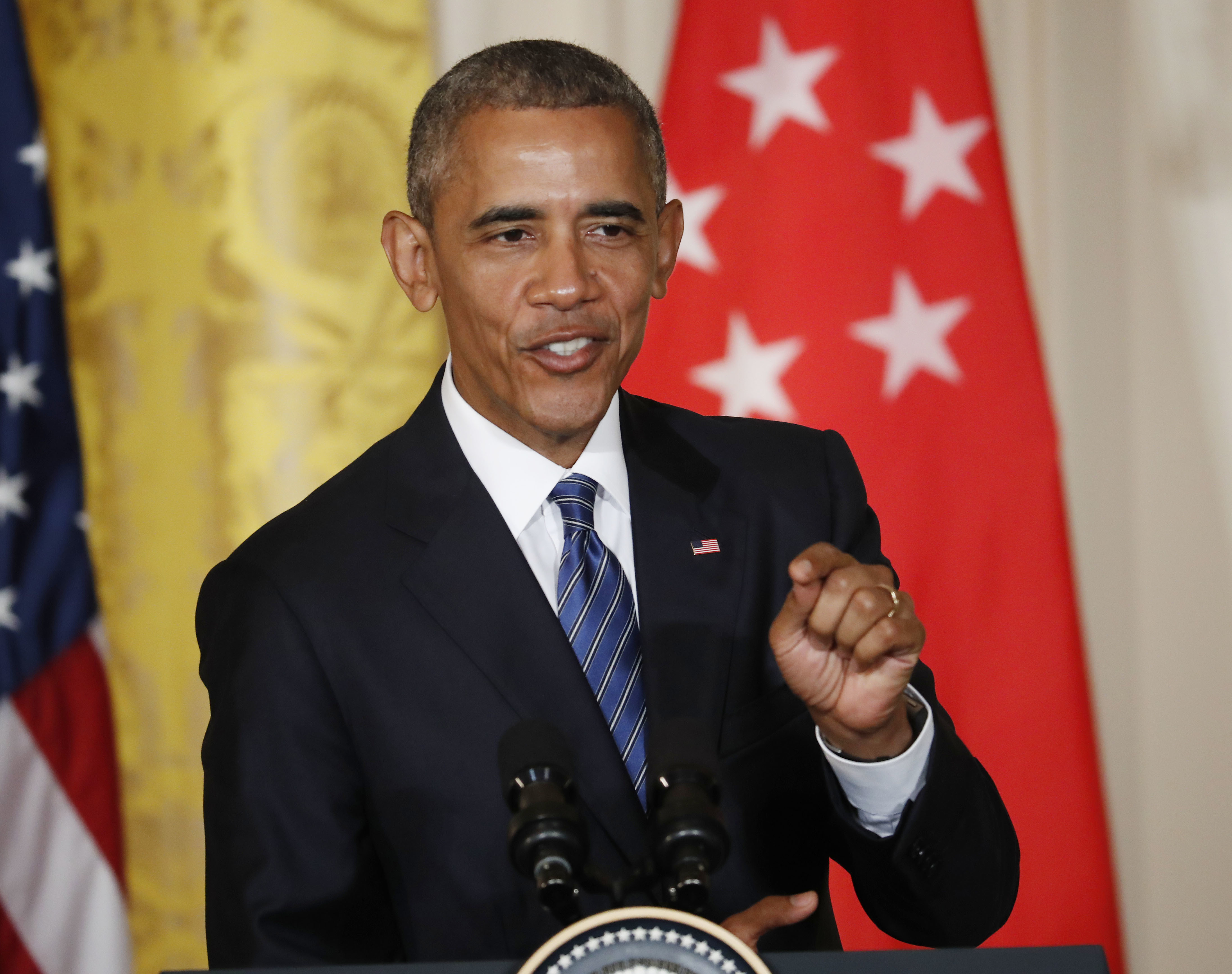 President Obama said Tuesday that Donald Trump continues to show that he is not fit to serve as commander-in-chief.

At a joint news conference with Singapore's prime minister at the White House, the president was asked to react to the controversy surrounding Trump's comments about Khizr and Ghazala Khan.

"I think the Republican nominee is unfit to serve as president. I said so last week and he keeps on proving it," Mr. Obama said. "The notion that he would attack a Gold Star family that had made such extraordinary sacrifice on behalf of our country, the fact that he doesn't appear to have basic knowledge around critical issues in Europe, in the Middle East, in Asia, means that he's woefully unprepared to do this job."

"The question that they have to ask themselves is if you are repeatedly having to say in very strong terms that what he has said is unacceptable, why are you still endorsing him?" Mr. Obama said.

The president said that Republicans aren't responding to an "episodic gaffe" from Trump, but rather, it's a daily or weekly occurrence for them to try to distance themselves from the GOP presidential nominee.

"There has to be a point in which you say, 'This is not somebody I can support for president of the United States...,'" he said, adding that they have to reach a point where they say that Trump "doesn't have the judgment, the temperament, the understanding to occupy the most powerful position in the world."

Mr. Obama said this situation is different than Democrats and Republicans having disagreements over policy issues. He said that if McCain or 2012 GOP presidential nominee Mitt Romney had been elected, he knew they would have abided by certain norms, observed "basic decency," and would have had enough knowledge about economic and foreign policy. "I didn't have a doubt they could function as president," he said.

"That's not the situation here. That's not just my opinion," Mr. Obama added. "There has to come a point in which you say, 'enough.'"

Trump has come under fire for his response to Khizr Khan's speech last week to the Democratic National Convention about his son, who was a Muslim U.S. soldier who died serving in Iraq.

On Tuesday afternoon, Trump responded and slammed "Obama-Clinton," claiming that they "single-handedly" destablized the Middle East, gave Iraq, Libya and Syria to the Islamic State in Iraq and Syria (ISIS) and allowed U.S. personnel to be killed in Benghazi.

"Then they allowed dozens of veterans to die waiting for medical care that never came. Hillary Clinton put the whole country at risk with her illegal email server, deleted evidence of her crime, and lied repeatedly about her conduct which endangered us all. They released criminal aliens into our country who killed one innocent American after another -- like Sarah Root and Kate Steinle -- and have repeatedly admitted migrants later implicated in terrorism," Trump said in a statement. "They have produced the worst recovery since the Great Depression. They have shipped millions of our best jobs overseas to appease their global special interests. They have betrayed our security and our workers, and Hillary Clinton has proven herself unfit to serve in any government office."