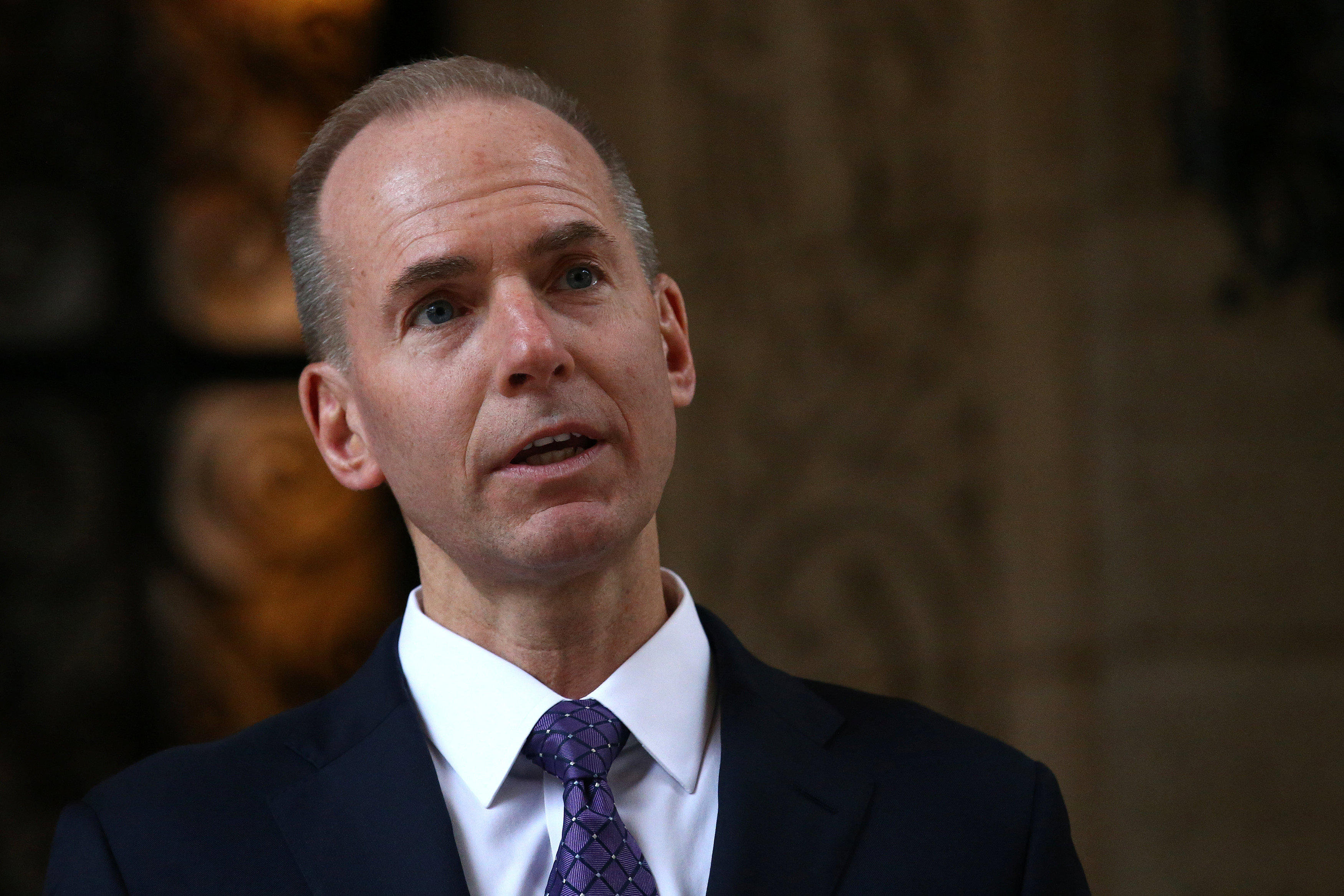 Donald Trump meets Wednesday with aircraft manufacturing executives from Boeing and Lockheed Martin, just weeks after he suggested on Twitter that the Air Force One contract with Boeing should be cancelled.

According to the Boeing executive, the two discussed the price of new Air Force One planes, a project estimated to cost $4 billion.

Muilenburg told reporters that it could be produced by the company “affordably” for less than the $4 billion price tag.

“We will get it done for less than that,” Muilenburg said after he left Mr. Trump’s Mar-a-Lago resort in Florida.

“We work on Air Force One because it is important for our country,” he said. “I was able to give the President-elect my personal commitment on behalf of the Boeing Company.”

When asked what the timeline was for a deal, Muilenburg said, “we haven’t actually started the build of the airplane yet, but once we finalize the requirements and make sure that it’s affordable we’ll launch on building the aircraft,” he added. “We’ve got a hot production line and we’re ready to go.”

Later, Mr. Trump spoke with reporters himself about the meeting, saying the discussions centered around “trying to get costs down” for programs like the F-35 fighter jets, which he said were “very, very expensive.”

Asked by reporters if he had secured any concessions out of Hewson and Lockheed, the president-elect said “it’s a little bit of a dance.”

“We’re gonna get the costs down and we’re gonna get it done beautifully,” Mr. Trump said. “These are great people. These are amazing people. I’m very impressed with them. And good negotiators, too.”

The meetings come after Mr. Trump’s provocative tweet on Dec. 6, where he said the costs for Boeing’s construction of the 747 jet for future commanders-in-chief were “out of control.”

The meetings were scheduled just as the Trump transition team announced the formation of a new White House National Trade Council (NTC), headed by Peter Navarro, an economics professor at the University of California, Irvine. Navarro, widely known as a hawk wary of China’s trade policies, will be the Trump administration’s director of trade and industrial policy and will lead up such programs as the president-elect’s proposed “Buy America, Hire America” initiative.