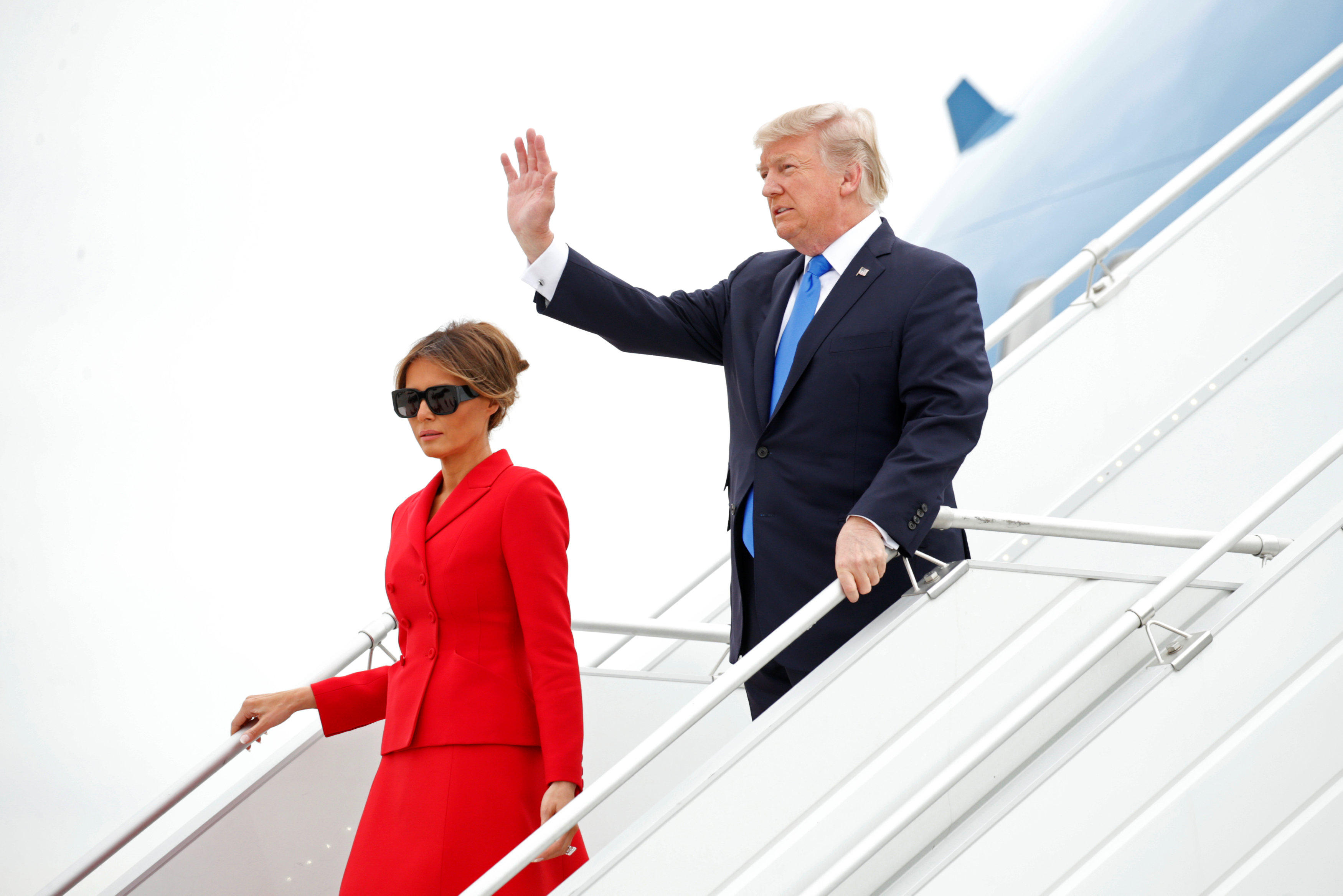 WASHINGTON -- President Trump arrived Thursday morning in France at the invitation of French President Emmanuel Macron, leaving behind a chaotic situation in Washington.

Mr. Trump, who'd made no public appearances this week, insisted on Twitter Wednesday morning that the White House was "functioning perfectly." But as he and First Lady Melania Trump departed to commemorate Bastille Day and mark 100 years since the U.S. entered World War I, Mr. Trump left behind a tumultuous scene at the White House.

On Twitter, the president has defended his eldest son and conveyed an upbeat tone after Donald Trump Jr. released emails showing he seemingly welcomed Russian government-connected information that could damage Hillary Clinton's campaign in 2016. But privately, the Associated Press has reported, the president has raged against the latest Russia development, directing most of his ire at the media, rather than at his eldest son.

White House spokeswoman Sarah Huckabee Sanders insisted Wednesday that the president wasn't being secretive or hiding from the public, and has simply been engrossed in meetings with his staff and key figures about important policy issues. But questions about Trump Jr. and Russia aren't likely to die down just because the president is abroad.

The first event for Mrs. Trump on Thursday was a visit to Necker Hospital, one of France's oldest health institutions, founded in 1778, and a landmark children's hospital in the country.