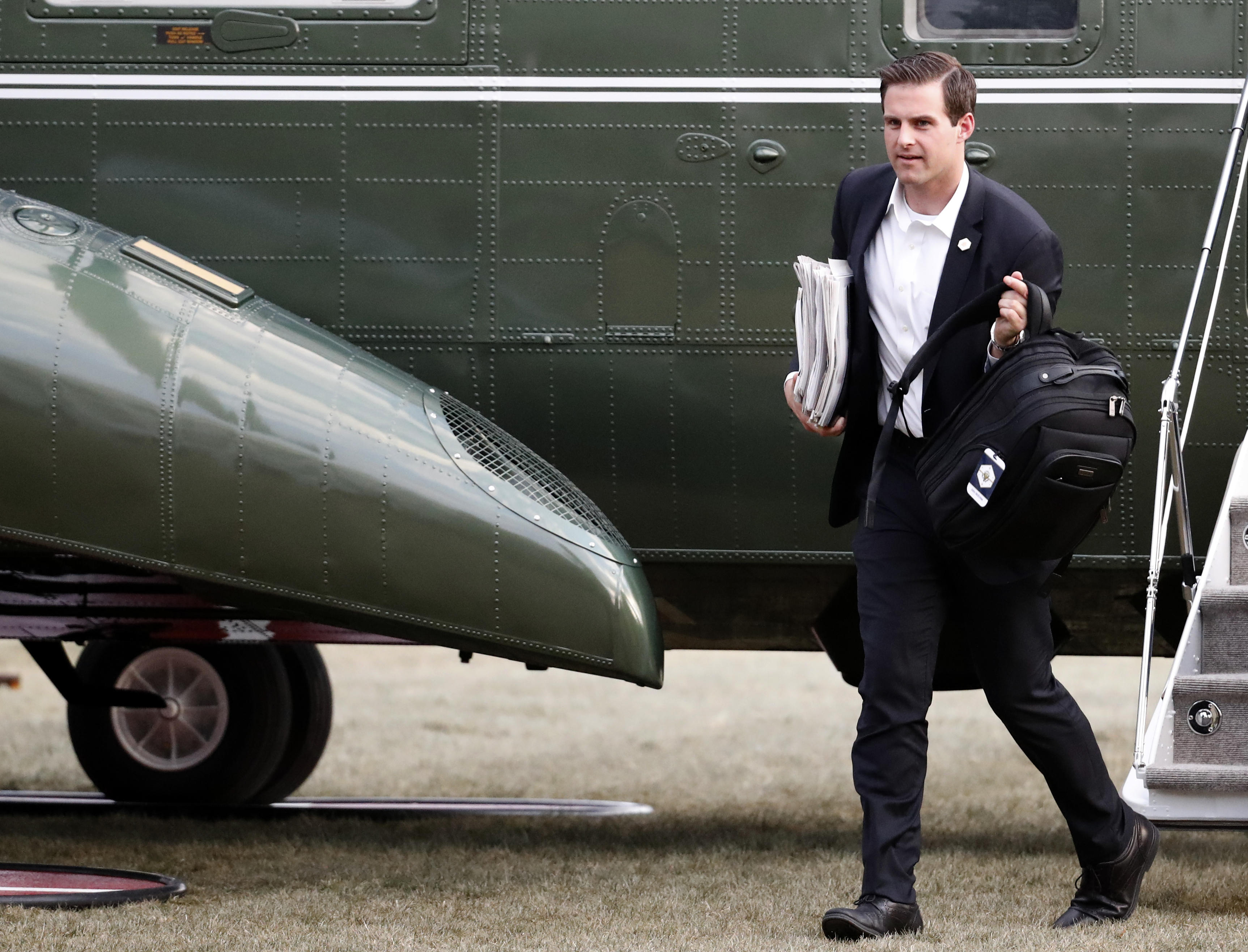 President Trump's personal assistant, John McEntee, was fired Monday, because he is currently under investigation by the Department of Homeland Security for financial crimes, CBS News' Jacqueline Alemany confirmed Tuesday. On Tuesday morning, the Trump reelection campaign announced that McEntee had just been hired as a senior adviser for campaign operations.

McEntee was escorted from the White House and was not allowed to collect his belongings. The Washington Post first reported McEntee's firing, and CNN first reported the reason for his firing, citing a source familiar with his firing.

As Mr. Trump's personal assistant -- also known as a body man -- McEntee accompanied the president almost everywhere and had been an aide for him since early in the campaign. He was known for keeping a remarkably low profile, and the former Fox News production assistant was well-liked in the West Wing, according to Politico. He was also a star football player at the University of Connecticut, a walk-on who became the starting quarterback. Youtube has some of his trick tosses: