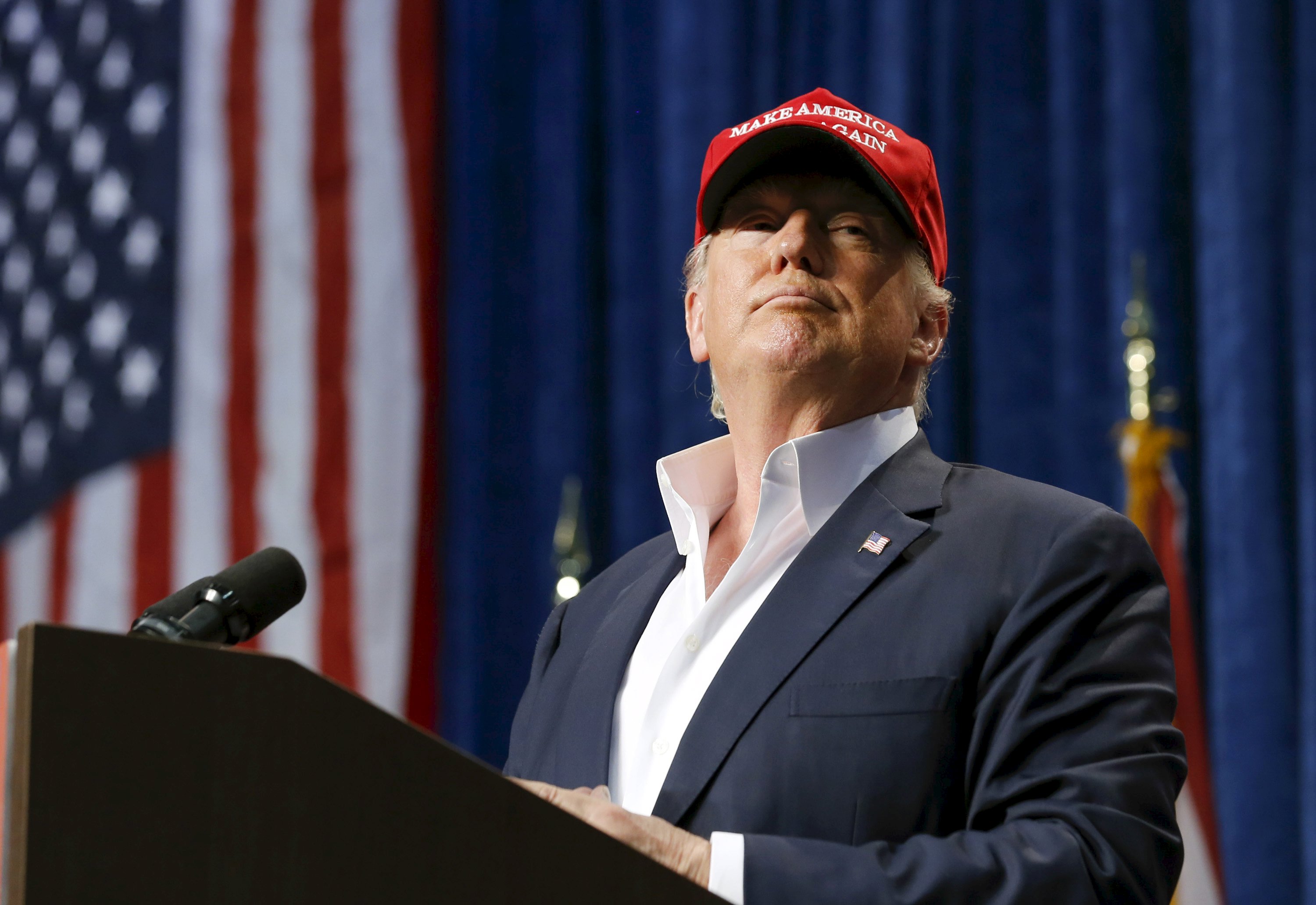 After increasing public outcry over Donald Trump's ridiculing impersonation of a disabled reporter, the Republican presidential candidate is firing back at the New York Times journalist, Serge Kovaleski.

Instead, Trump said, his gesticulating was simply "trying to show somebody groveling to take back the statement he made."

"I took a lot of heat about a reporter," he told the crowd. "What really happened? I think it's very important for me to say. I made a statement that - I was talking about groveling - a reporter was groveling. He took back a statement he wrote 14 years ago."

The controversy started when Trump cited Kovaleski's reporting during a speech earlier this week in Myrtle Beach, South Carolina. Trump used a 2001 Washington Post story by Kovaleski to back up his claims that he had witnessed thousands of Arab-Americans in Jersey City celebrating the terrorist attacks on the World Trade Center. Kovaleski, who has a condition that limits the mobility of his joints, later said that he had never witnessed any large number of people celebrating the destruction on Sept. 11.

Later in his South Carolina address, Trump mocked Kovaleski, hunching his shoulders and moving his arms in imitation of the reporter and saying "the poor guy. You ought to see this guy. 'Oh, I don't know what I said! Ah, I don't remember!'"

But on Saturday, Trump refused to apologize for his comments and his mocking impersonation: "I was very expressive in saying it. I don't take that back because the person was groveling in terms - if you read his statement about well, did you say this and did you write this paragraph. He was really grasping for straw."

The White House hopeful added that he was not familiar with who Kovaleski was.

"Now he's going, well he knew me and we were in first name - give me a break," Trump said, referencing interviews where Kovaleski has said Trump was familiar with his reporting and that the two had been "on a first-name basis for years."

"Give me a break," Trump said. "And the problem is he's using what he's got to such a horrible degree. I think it's disgraceful."

The GOP hopeful went on to address Americans with disabilities in general: "People that have a difficulty, I cherish them. These are incredible people, and I just want to put that to rest."

"Nobody gives more money to Americans with -- you know, the Americans with Disability Act - big act. I give tens and tens of millions of dollars," Trump said. "And I'm proud of doing it."

"I don't mock people that have problems, believe me," he continued. He added that sometimes "people mock me with my hair."

Trump also slammed the Times as a "disgusting newspaper" and accused other media outlets -- "CNN in particular" -- of being unfair in their coverage of his presidential campaign.

"I think the New York Times frankly should give me an apology," he told the crowd. "I'd love to have the apology before they go out of business."