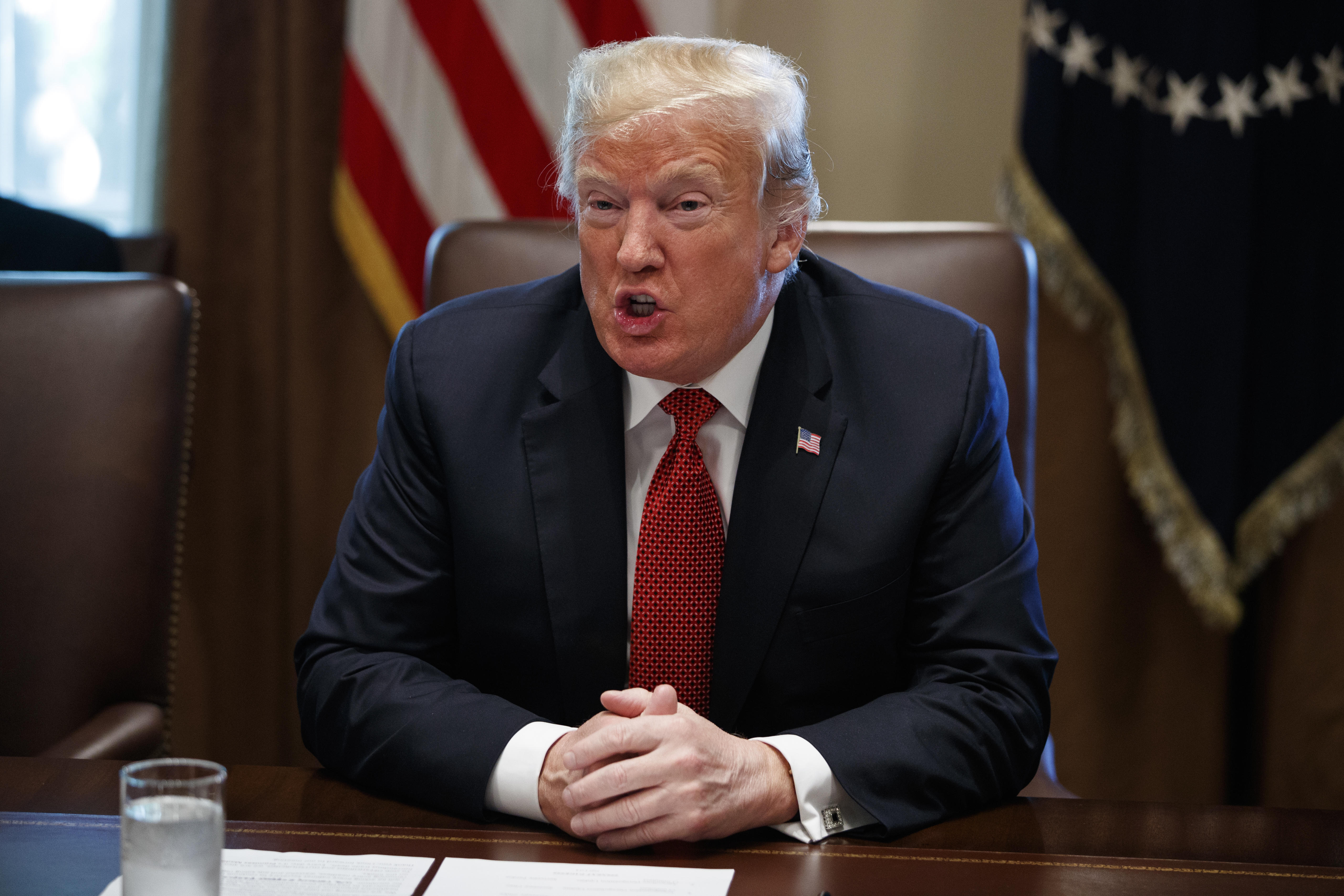 "The President and First Lady filed their taxes on time and as always they are automatically under audit, which the President thinks is extremely unfair," said White House press secretary Sarah Sanders.

Tax returns filed by every president are automatically audited by the Internal Revenue Service, but an audit does not prevent a commander-in-chief or private citizen from voluntarily releasing those returns. In fact, every president since Richard Nixon has released his tax returns in some form.

Since launching his campaign in 2015, Mr. Trump has refused to release his tax returns from any year, citing the fact they were under audit.

During the 2016 campaign, Mr. Trump tweeted, "Tax experts throughout the media agree that no sane person would give their tax returns during an audit. After the audit, no problem!"

The White House has argued voters don't care about the president's taxes.

Sanders did not indicate whether the president would make his 2017 returns public, which would show, among other things, how much he earned as chairman and president of the Trump Organization. His presidential salary is $400,000, which he donates to federal agencies on a quarterly basis.

News organization have had limited success obtaining Mr. Trump's tax records. In 2016, The New York Times received an anonymous letter containing a portion of Mr. Trump's 1995 income tax form, showing he lost $916 million that year. Declaring such a substantial loss would have "allowed him to legally avoid paying any federal income taxes for up to 18 years," the Times reported.

A Times investigation in early October found that Mr. Trump had allegedly "participated in dubious tax schemes during the 1990s, including instances of outright fraud." The investigation cited confidential tax and financial records related to his father's business empire.

Mr. Trump has hailed the tax reform bill passed in late 2017 as one of his signature legislative accomplishments. But without disclosing his tax returns, it is impossible to gauge what impact the law has had on his own tax burden.

In April, Sanders said the president filed an extension, "as do many Americans with complex returns." The extension deadline was Monday.