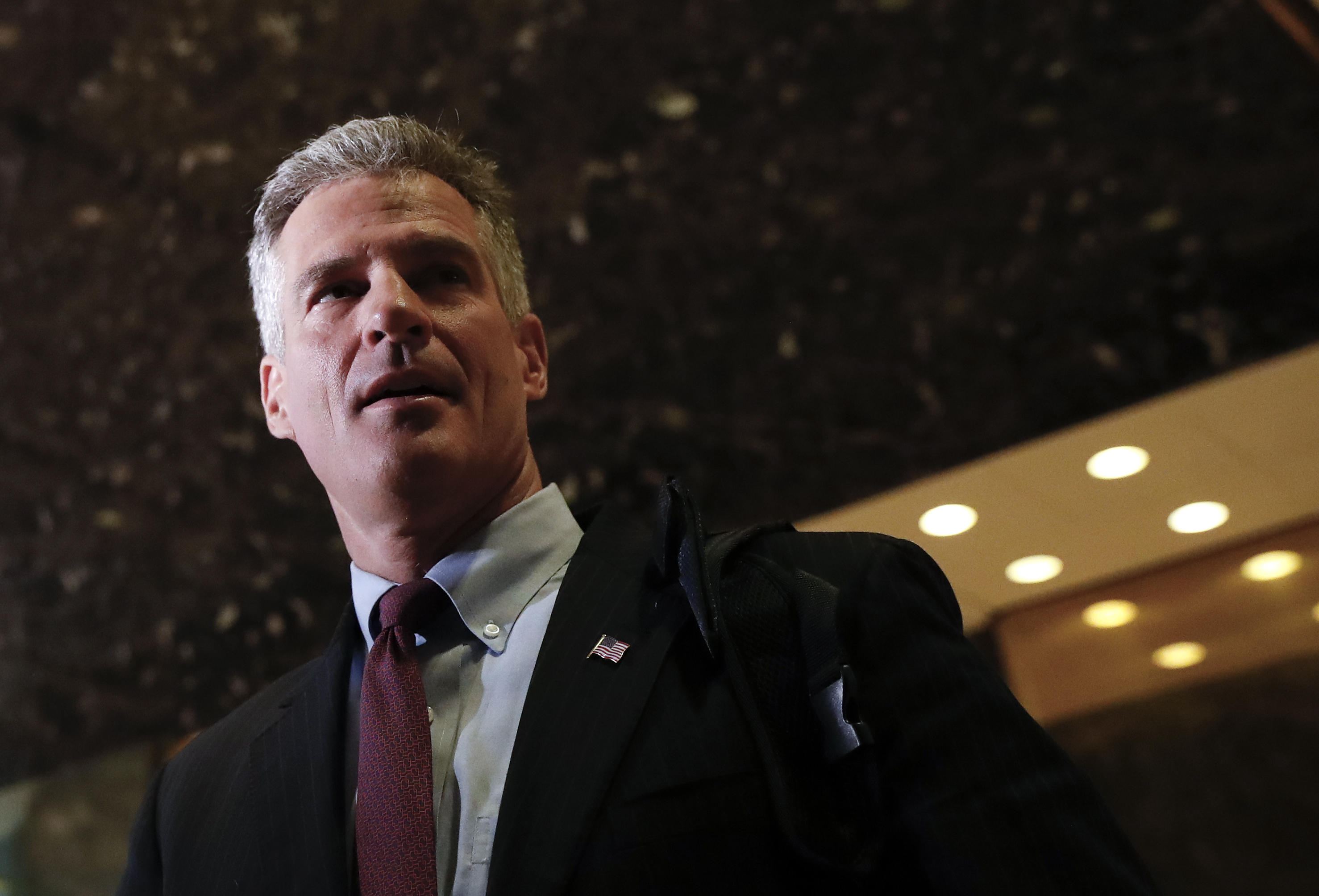 Brown, who served more than 30 years in the National Guard, told reporters outside Trump Tower in New York after meeting with Mr. Trump that he’s “not competing with anybody” but believes he’s the right man for the job.

“I think I’m the best person but there are some tremendous people out there,” he said.

“We obviously spoke about my passion and his passion which are veterans’ issues,” Brown told reporters outside of Trump Tower Monday. “And you know obviously I think it’s the toughest job in the cabinet to lead the VA, because while it has so many angels working there, it has so many great problems as well.”

Were he to be appointed to the post, Brown said he would focus on lowering the suicide rate among veterans and shortening the long lines for treatment at VA hospitals around the country.

He said Trump is “going to take … [his] interest under consideration,” and that he expects to hear Trump’s decision after Thanksgiving.

Brown was elected to the Senate in Massachusetts in the 2010 special election following the death of veteran Sen. Ted Kennedy. In 2012, Democrat Elizabeth Warren unseated him; Brown then tried to run for Senate in neighboring New Hampshire in 2014, but lost his race against incumbent Democratic Sen. Jeanne Shaheen.

Mr. Trump’s meeting with Brown came amid a flurry of meetings and interviews for the president-elect as he works to select his cabinet. Thus far, he has announced he’s chosen Sen. Jeff Sessions, R-Alabama, for Attorney General, Rep. Mike Pompeo, R-Kansas, as CIA director, and Gen. Mike Flynn (ret.) for national security adviser.