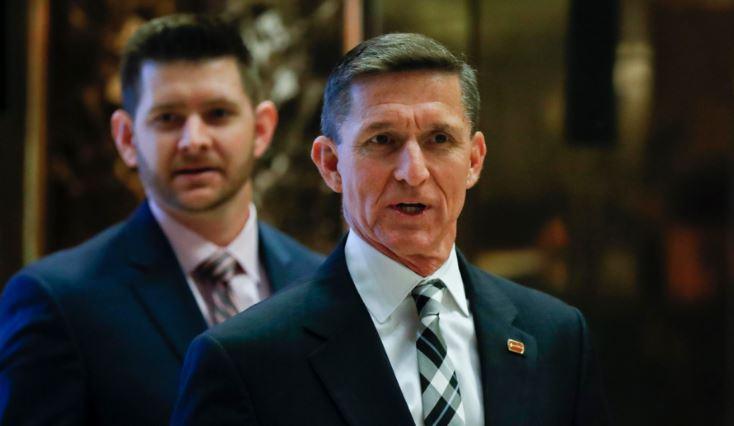 Flynn, a lifelong Democrat, is a former head of the Defense Intelligence Agency (DIA) -- he was one of the highest-ranking national security officials supporting Trump, whom he also informally advised him on foreign policy during the primary campaign. He is also known to be a proponent of stronger ties with Russia, as well as a critic of President Obama.

Trump had at one point reportedly considered Flynn for vice president before choosing Mike Pence. The Associated Press first reported that Flynn had been offered the post.

Flynn, who turns 58 in December, built a reputation in the Army as an astute intelligence professional and a straight talker. He retired in 2014 and has been a fierce critic of President Barack Obama’s White House and Pentagon, taking issue with the administration’s approach to global affairs and fighting ISIS.

In February, Flynn had a controversial tweet about Muslims. In the tweet, he said fear of Muslims is rational.

Mr. Trump is a foreign policy novice and his early moves on national security are being closely watched by U.S allies and adversaries alike. He’s said to be considering a range of officials with varying degrees of experience to lead the State Department and Pentagon.

The president-elect also held his first face-to-face meeting with a world leader on Thursday, since winning the presidential election, huddling privately with Japan’s Shinzo Abe. While Mr. Trump made no comments following the meeting, Abe said the president-elect was “a leader in whom I can have great confidence.”

In Washington, Vice President-elect Mike Pence huddled with Republican leaders in Congress. He then met with House Minority Leader Nancy Pelosi and Sen. Chuck Schumer, the newly elected leader of the Senate Democrats, seeking to convey respect as Democrats prepare for Republican rule of both chambers and the White House for the first time in a decade.

“We look forward to finding ways that we can find common ground and move the country forward,” Pence said outside Schumer’s Senate office.

In a separate gesture of reconciliation with establishment Republicans, Mr. Trump planned to meet with 2012 Republican presidential nominee Mitt Romney, who lambasted Mr. Trump as a “con man” and a “fraud” in a stinging speech last March. Trump responded by repeatedly referring to Romney as a “loser.”

The two began mending fences after Mr. Trump’s victory when Romney called with congratulations. They are to meet this weekend, a transition official said, speaking on condition of anonymity because he wasn’t authorized to discuss Mr. Trump’s schedule publicly. Campaign manager Kellyanne Conway said they were still “working on” the meeting.

Mr. Trump’s actions Thursday aimed to show leaders both in the U.S. and overseas that he could soften his rhetoric, offer pragmatism in the White House and reaffirm longstanding American alliances. Since his stunning victory over Hillary Clinton last week, Mr. Trump has spoken with Russian President Vladimir Putin, British Prime Minister Theresa May and nearly three dozen other world leaders by telephone.

Mr. Trump, a reality television star, business mogul and political newcomer, also rolled out new teams that will interact with the State Department, Pentagon, Justice Department and other national security agencies. The move is part of the government transition before Mr. Trump’s Jan. 20 inauguration.

Coordination had been on hold until Mr. Trump’s team submitted documents including a list of transition team members who will coordinate with specific federal agencies, plus certification that they meet a code of conduct barring conflicts of interest.

Conway said she expected initial announcements of Cabinet choices to come “before or right after Thanksgiving,” telling reporters Mr. Trump he was “loving” the transition. “He’s a transactional guy. He’s somebody who’s used to delivering results and producing.”

One potential Cabinet member, Eva Moskowitz, said had taken herself out of the running to become education secretary. Moskowitz, a Democrat and advocate for charter schools, met with Mr. Trump this week, stoking speculation that she might inject a bit of bipartisanship in the new administration.

Moskowitz, who voted for Clinton, suggested there were “positive signs” that Mr. Trump might govern differently than he campaigned, but she wrote in a letter to parents that many of her students, who are overwhelmingly black and Latino, would feel that “they are the target of the hatred that drove Trump’s campaign.”