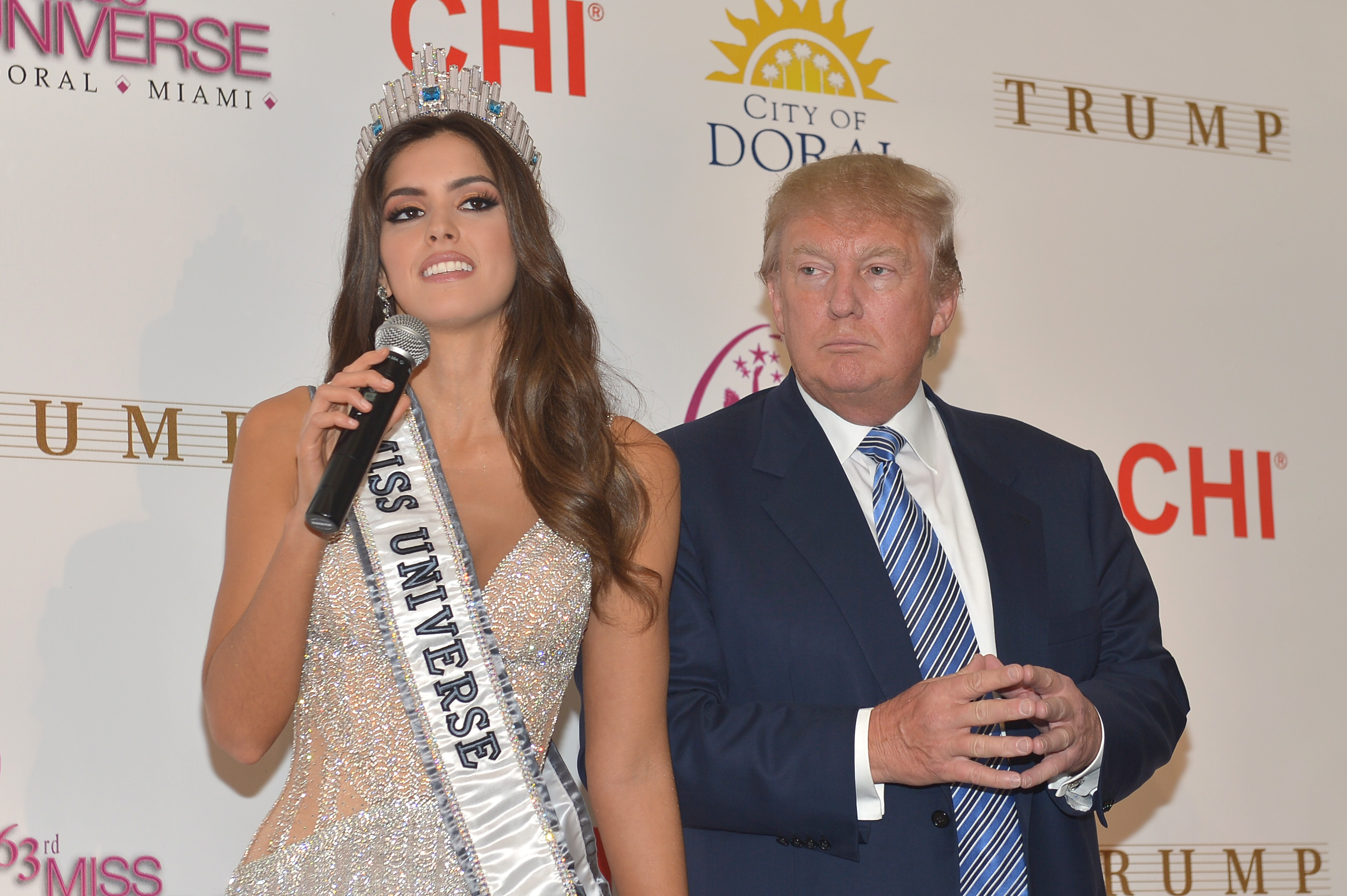 Donald Trump boasted Friday he bought out NBCUniversal's share of their beauty pageant joint venture, the Miss Universe Organization, and settled legal claims he had threatened against the media giant after it cut their business ties following the Republican presidential candidate's infamously disparaging comments about Mexican immigrants.

"Just purchased NBC's half of The Miss Universe Organization and settled all lawsuits against them. Now own 100 percent -- stay tuned!" Trump said on Twitter.

A source at NBCUniversal confirmed that "Trump purchased NBC's half of MUO [Miss Universe Organization] and we have settled our legal disputes."

Trump likely paid very little for his remaining stake in a global beauty brand that has lost its luster in many Spanish-speaking countries. Miss Mexico, for instance, withdrew from this year's pageant following Trump's immigration comments.

The question now is whether Trump can rebuild the Miss Universe brand. Like most things involving The Donald, his ability to turn things around in his favor cannot be underestimated.

"From a commercial venture I think it could be a brilliant marketing package," marketing guru Faith Popcorn told CBS MoneyWatch, saying she sees similarities between the pageant's audience and those who support Trump's presidential bid. "It's a perfect storm: who likes Ms. Universe -- rednecks, racists, men that don't respect women, women who don't respect women, people who are living in the 1950s, Donald Trump owning it will attract that audience, look who Trump is attracting (as a politician.)"

And if he couldn't turn it around, he could of course always sell the property. Indeed, Bloomberg News reports Trump is already in buyout talks with the talent agency WME/IMG.

In launching his campaign for the White House in June, Trump referred to Mexican immigrants as "killers and rapists."

His comments prompted the Spanish-language broadcaster Univision, which serves millions of Mexican and Mexican-American viewers, to cancel its telecast of the Miss USA pageant, which is partially owned by Trump, while also cutting its relationship with the business mogul. Trump, in turn, sued Univision for $500 million, claiming at the time "tens, if not hundreds of millions of dollars in lost advertising sales, product costs, venue fees, telecast promotions, sponsorships" and numerous other business opportunities.

NBCUniversal, which jointly owned the Miss USA pageant and Miss Universe pageant with Trump, also severed its ties with Trump, and said he would no longer host the reality television show "Celebrity Apprentice," which airs on NBC.

Calls for comment from the Miss Universe Organization were not returned.

The backlash also prompted department-chain Macy's (M) to announce July 1 that it would no longer carry Trump brand merchandise in its stores.

But the business hits that Trump has taken for his controversial remarks could work in reverse when it comes to his ownership of the Miss Universe Organization.

"He is going to get beer sponsors, tacky automotive, Victoria's Secret. I say it could be a brilliant marketing package," said Faith, the founder and CEO of Faith Popcorn's BrainReserve.

Another public relations consultant agreed that the pageant would likely benefit from Trump's full ownership, and added that the billionaire businessman would likely profit from his investment.

"Miss Universe, we've heard of it, and maybe we watched it when we were kids, but we don't pay that much attention to it anymore," David La Torre, a principal at La Torre Communications, a Harrisburg, Pennsylvania, public relations firm, told CBS MoneyWatch. "Right now, his [Trump's] brand is stronger than it's ever been, despite the controversial things he says and does. That translates into success for the things he invests his time and resources into, like Miss Universe."

Trump "sees this as a money-making opportunity," added La Torre, who worked as press secretary for former Pennsylvania Gov. Mark Schweiker, a Republican, in 2002 and 2003. "I don't think there is any question that he bought low. He's a businessman, if he can get a good deal and make a profit down the road, he'll take advantage of that."