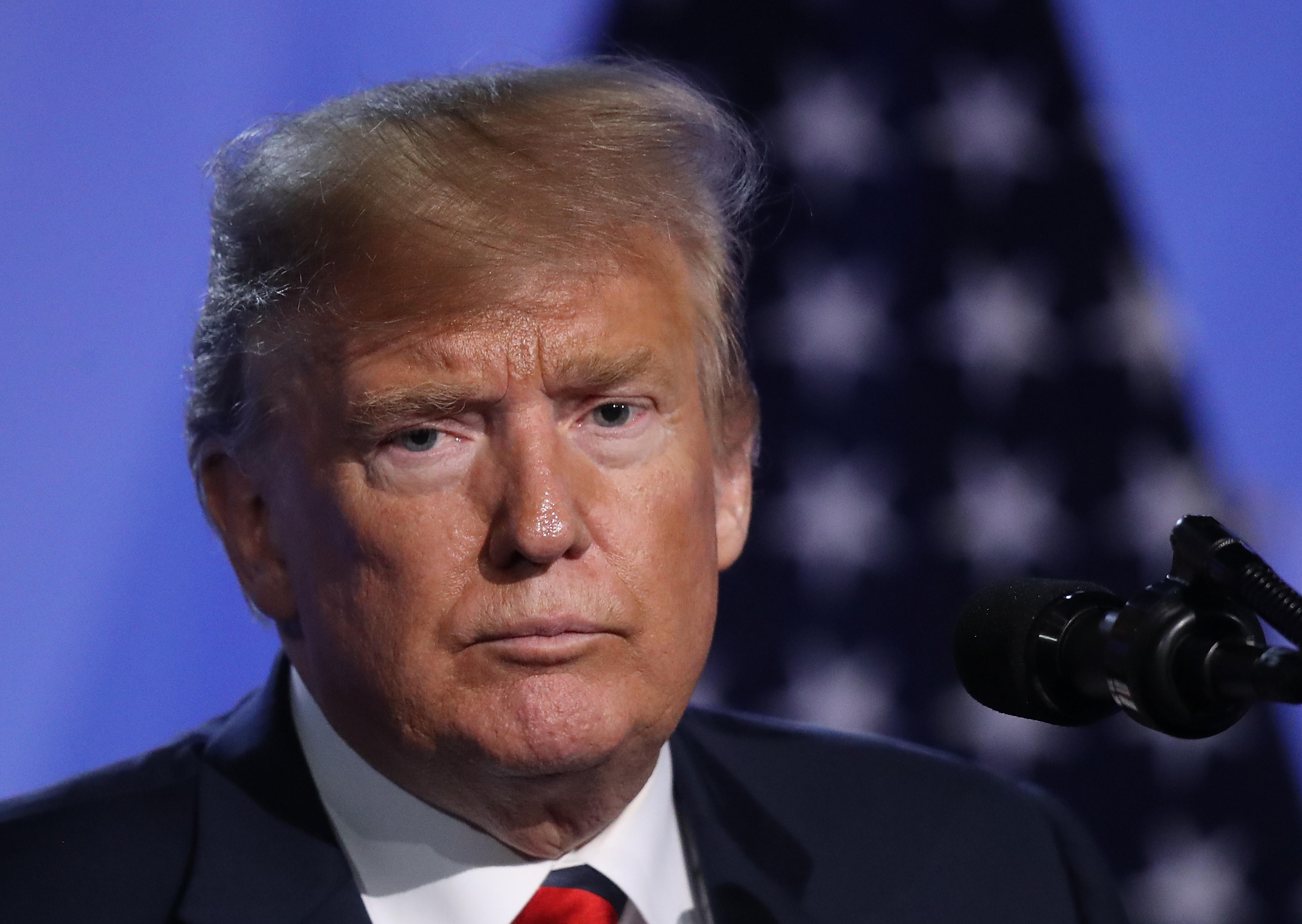 As alarms blare about Russian interference in U.S. elections, the Trump administration is facing criticism that it has no clear national strategy to protect the country during the upcoming midterms and beyond.

Both Republicans and Democrats have criticized the administration's response as fragmented, without enough coordination across federal agencies. And with the midterms just three months away, critics are calling on President Donald Trump to take a stronger stand on an issue critical to American democracy.

"There's clearly not enough leadership from the top. This is a moment to move," said Maryland Sen. Chris Van Hollen, head of the Democratic Senatorial Campaign Committee. "I don't think they are doing nearly enough."

Various government agencies have been at work to ensure safe voting. The FBI has set up a Foreign Influence Task Force and intelligence agencies are collecting information on Russian aggression.

But Trump himself rarely talks about the issue. And in the nearly two years since Russians were found to have hacked into U.S. election systems and manipulated social media to influence public opinion, the White House has held two meetings on election security. One was last week. It ran 30 minutes.

The meeting resulted in no new presidential directive to coordinate the federal effort to secure the election, said Suzanne Spaulding, former undersecretary of homeland security who was responsible for cyber security and protecting critical infrastructure.

"Trump's failure to take a leadership role on this, up until this (National Security Council) meeting, misses an opportunity to send a clear message to states that this is a very serious threat," Spaulding said. "We did not get out of this NSC meeting a comprehensive, interagency strategy. It was each department and agency working in their silos."

Garrett Marquis, a spokesman for the NSC, said the government response is robust. He said NSC staff "leads the regular and continuous coordination of the whole-of-government approach to addressing foreign malign influence and ensuring election security."

At a cybersecurity summit on Tuesday, Vice President Mike Pence said he was confident officials could prevent further meddling by foreign agents.

"We will repel any efforts to interfere in our elections," he said.

Republican Sen. Lindsey Graham of South Carolina said government agencies are "doing a lot of good work, but nobody knows about it." He lamented Trump's contradictory statements about whether he accepts the U.S. intelligence assessment that Russia meddled in the 2016 presidential election.

"What I think he needs to do is lead this nation to make sure the 2018 election is protected," Graham said recently on CBS' "Face the Nation." ″He needs to be the leader of the movement — not brought to the dance reluctantly. So, I hope he will direct his government, working with Congress, to harden the 2018 election before it's too late."

The debate over safeguarding U.S. elections comes as evidence of cyber threats piles up. Facebook announced Tuesday that it has uncovered "sophisticated" efforts, possibly linked to Russia, to influence U.S. politics on its platforms.

The company said it removed 32 accounts from Facebook and Instagram because they were involved in "coordinated" political behavior and appeared to be fake. Nearly 300,000 people followed at least one of the accounts.

Earlier this month, Microsoft said it discovered that a fake domain had been set up as the landing page for phishing attacks by a hacking group believed to have links to Russian intelligence. A Microsoft spokesman said Monday that additional analysis has confirmed that the attempted attacks occurred in late 2017 and targeted multiple accounts associated with the offices of two legislators running for re-election. Microsoft did not name the lawmakers.

Sen. Jeanne Shaheen, D-N.H., who is not running for re-election, told The Associated Press on Monday that someone contacted her office "claiming to be an official from a country."

A frequent critic of Russia, Shaheen said she didn't know if Moscow was behind the email received in November but had turned the matter over to the FBI.

Shaheen said another senator had been targeted besides McCaskill. "It's my understanding that there is, but I don't want to speak for other senators," she said. When asked if it was a Democratic senator, Shaheen nodded yes.

"People on both sides of the aisle have been beating the drum for two years now about the need for somebody to be accountable for cybersecurity across the government," Shaheen said.

In the Obama administration, synchronizing federal agencies' work on election security would have likely been the job of the White House cybersecurity coordinator. Trump's national security adviser, John Bolton, abolished the post in May to remove a layer of bureaucracy from the NSC flow chart.

Under the current structure, the point man for election security is Rear Adm. Douglas Fears. Trump tapped Fears in early June as his deputy assistant to the president and homeland security and counterterrorism adviser.

Fears oversees the election security and other portfolios of the NSC's Cybersecurity Directorate and coordinates the federal government's response to disasters.

"Our adversaries' capabilities online are outpacing our stove-piped defenses," Nielsen said Tuesday. "In fact, I believe that cyber threats collectively now exceed the danger of physical attacks against us. This is a major sea change for my department and for our country's security."