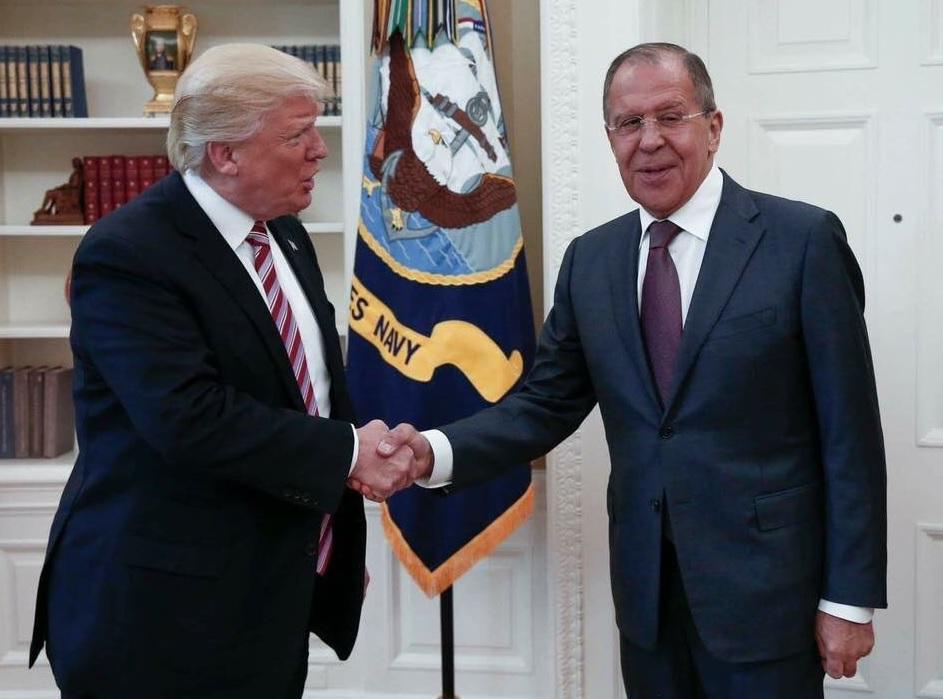 President Trump told Russian officials last week that a day earlier, he fired FBI Director James Comey, whom Mr. Trump called a "real nut job," and said that it relieved "great pressure" on him, according to a report published Friday by The New York Times.

"I just fired the head of the F.B.I. He was crazy, a real nut job," Mr. Trump said in the Oval Office, according to a summary of the meeting, obtained by the Times.

"I faced great pressure because of Russia. That's taken off," he added.

The comments were made in the meeting with Russian Foreign Minister Sergey Lavrov and Russian ambassador to the U.S., Sergey Kislyak. This is the same meeting in which the president reportedly shared classified intelligence to the Russian officials, as reported by The Washington Post earlier this week. The disclosures may have endangered a key intelligence source involved with the campaign against the Islamic State of Iraq and Syria (ISIS), U.S. officials told the Post.

Mr. Trump has said that it was Deputy Attorney General Rod Rosenstein's memo that recommended Comey's removal as the top law enforcement official that prompted him to fire Comey last week. But he has also mentioned Comey's Russia probe as a factor in his firing.

The White House did not dispute the account, saying in a statement to CBS News that Mr. Trump "has always emphasized the importance of making deals with Russia as it relates to Syria, Ukraine, defeating ISIS and other key issues for the benefit and safety of the American people."

Spicer went on to say that "[b]y grandstanding and politicizing the investigation into Russia's actions, James Comey created unnecessary pressure on our ability to engage and negotiate with Russia."

On Thursday, Rosenstein told the full Senate at a closed briefing that he knew the president would fire Comey before he wrote his memo.

Earlier this week, CBS News confirmed reporting by The New York Times that said Mr. Trump asked Comey to end the FBI investigation into former National Security Adviser Michael Flynn and his ties to Russia and Turkey, as detailed in a memo written by Comey.

This revelation launched a search for meaning of "nut job." So much so that Merriam-Webster took to Twitter to announce that lookups for the phrase "nut job" have spiked nearly 174,000 percent since the news broke.