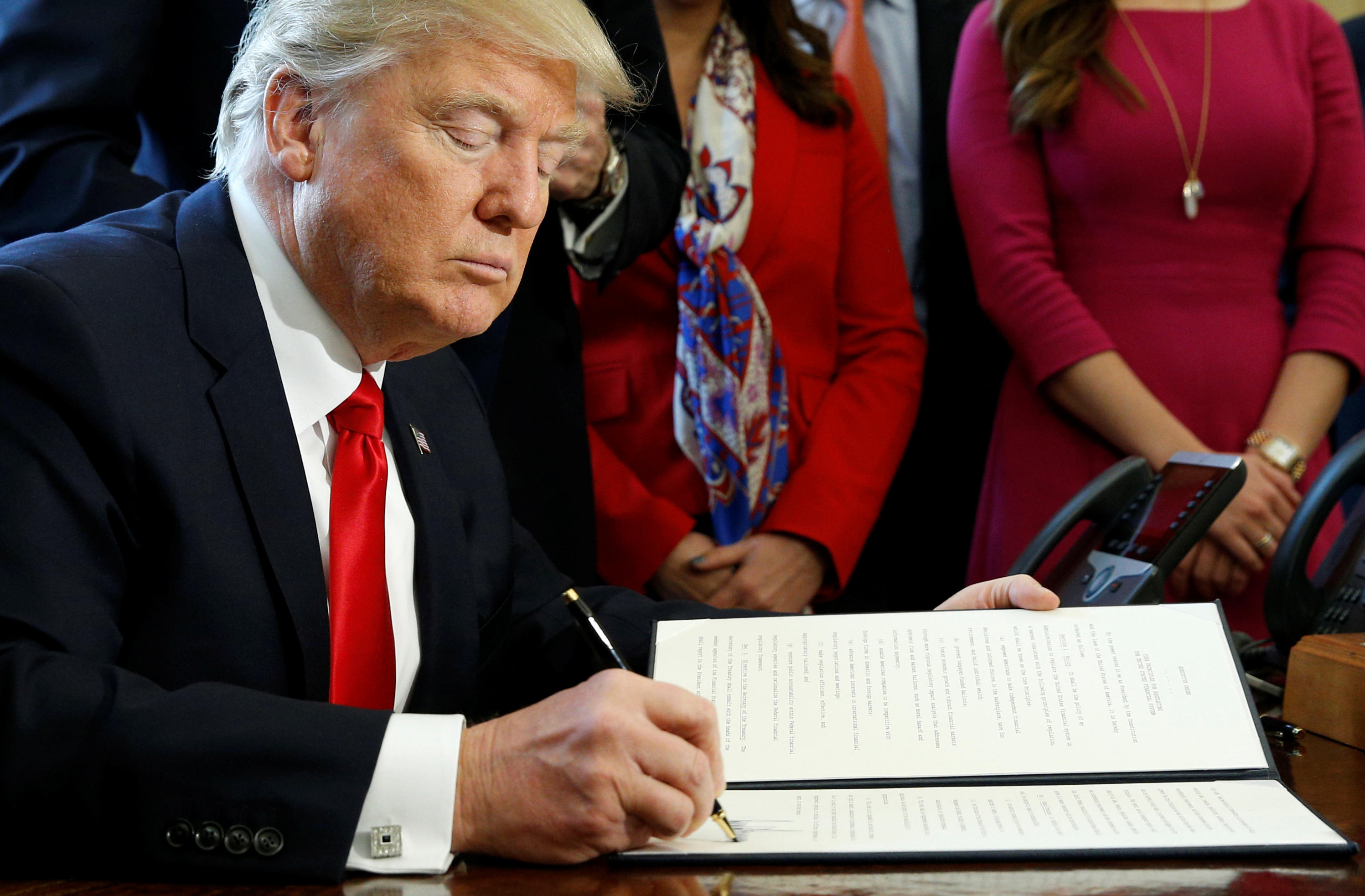 President Trump is none too happy about the decision the federal appeals court handed down Thursday evening refusing to reinstate his travel ban.

The president sent a tweet early Friday criticizing the ruling, which upheld the temporary restraining order on the ban’s implementation, as a “disgraceful decision.” In his brief social media post, he quoted an article on the Lawfare blog in an attempt to prove his point:

But the quote, part of a longer post by Brookings Institution fellow and Lawfare editor-in-chief Benjamin Wittes, may have been taken out of context, according to its author.

Wittes fired off his own tweet Friday in response to the president, saying he supports the court’s decision upholding the stay on the executive order, which prohibits refugees and nationals from seven Muslim-majority countries from entering the U.S.:

Wittes also clearly stated in that same Lawfare post that the appeals court was “correct” in their decision: “The Ninth Circuit is correct to leave the TRO in place, in my view,” he wrote, “for the simple reason that there is no cause to plunge the country into turmoil again while the courts address the merits of these matters over the next few weeks.”

Moments after his tweet on the courts, Mr. Trump also targeted the “failing” New York Times for a story they ran on China.

The story he referenced, headlined “Trump tells Xi Jinping U.S. Will Honor ‘One China’ Policy,” centers around the phone call Mr. Trump had with the Chinese president Thursday.

The president’s tweets follow other disparaging comments he’s made since the appeals court handed down their decision Thursday evening.

On Twitter, just minutes after the news that the travel ban will not be reinstated, he tweeted: “SEE YOU IN COURT.”

During a press conference Thursday evening, the attorney general for the state of Washington, who was part of the lawsuit brought against the chief executive’s order, said this in response: “We have seen him in court twice -- and we’re two for two.”