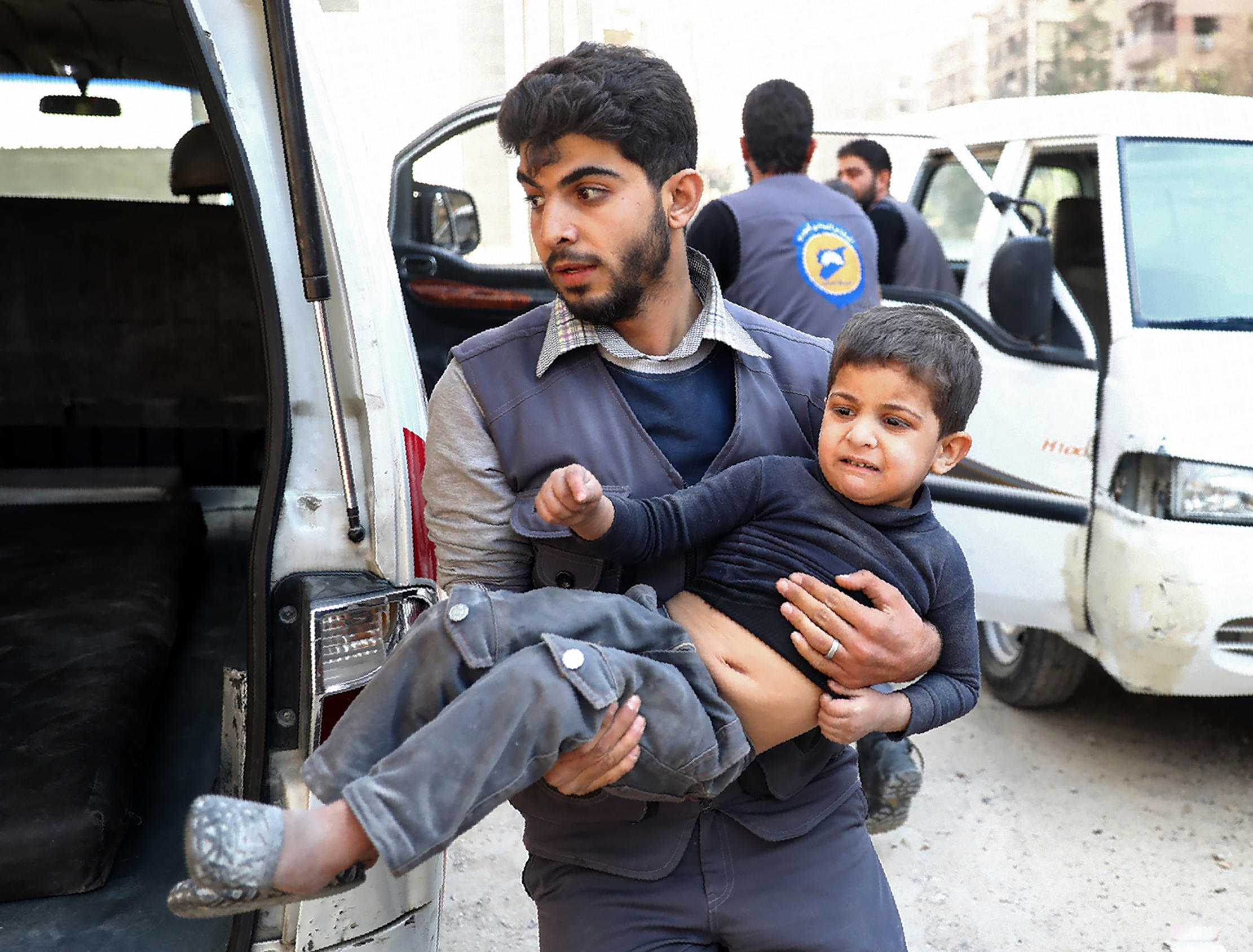 WASHINGTON -- President Donald Trump has authorized the release of approximately $6.6 million for the White Helmets, a Syrian civil defense organization, and the International, Impartial and Independent Mechanism, a U.N. agency that is investigating war crimes committed during the Syrian conflict, according to a statement. That accounts for a fraction of some $200 million in frozen funds for Syria stabilization programs -- a move that leaves nearly $195 million in limbo.

The White Helmets, formally known as the Syrian Civil Defense, are a group of 3,000 volunteer rescuers who have saved thousands of lives since the Syrian civil war began in 2011. The U.S. had accounted for about a third of the group's overall funding, but U.S. funding was frozen as the State Department said last month the support was "under active review," CBS News' Kylie Atwood reported.

"These heroic first responders have one of the most dangerous jobs in the world and continue to be deliberately targeted by the Syrian regime and Russian airstrikes," the statement said.‎ "Since 2013, more than 230 of these brave volunteers have been killed while working to save innocent Syrian civilians."

Nauert's statement made no mention of the remaining $193.4 million that remains frozen, and officials could not say whether a decision had been made to eliminate it altogether.

Last month, the State Department announced that it had ended all funding for stabilization programs in Syria's northwest. Islamic State of Iraq and Syria (ISIS) militants have been almost entirely eliminated from that region, which is controlled by a hodgepodge of other extremist groups and Syrian President Bashar Assad's government forces.

The $200-million pledge was made by former Secretary of State Rex Tillerson in February. Tillerson, who had advocated for maintaining a robust U.S. presence in Syria, was fired shortly after he made the pledge at a donors' conference in Kuwait.

Throughout the Syrian conflict, the White Helmets have run into the collapsing buildings to pull children, men and women out of danger's way. They say they have saved more than 70,000 lives. CBS News' Atwood reported last month that they were worried about a long-term funding freeze.

"If this is a long-term or permanent halt, it would have a serious impact on our ability to provide the same intensity and quality of services that we currently provide to civilians," said Raed Saleh, the group's leader.

Mr. Trump has vowed to end the U.S. presence in Syria as soon as the fight against ISIS is complete and has demanded that other donors contribute to reconstruction efforts.