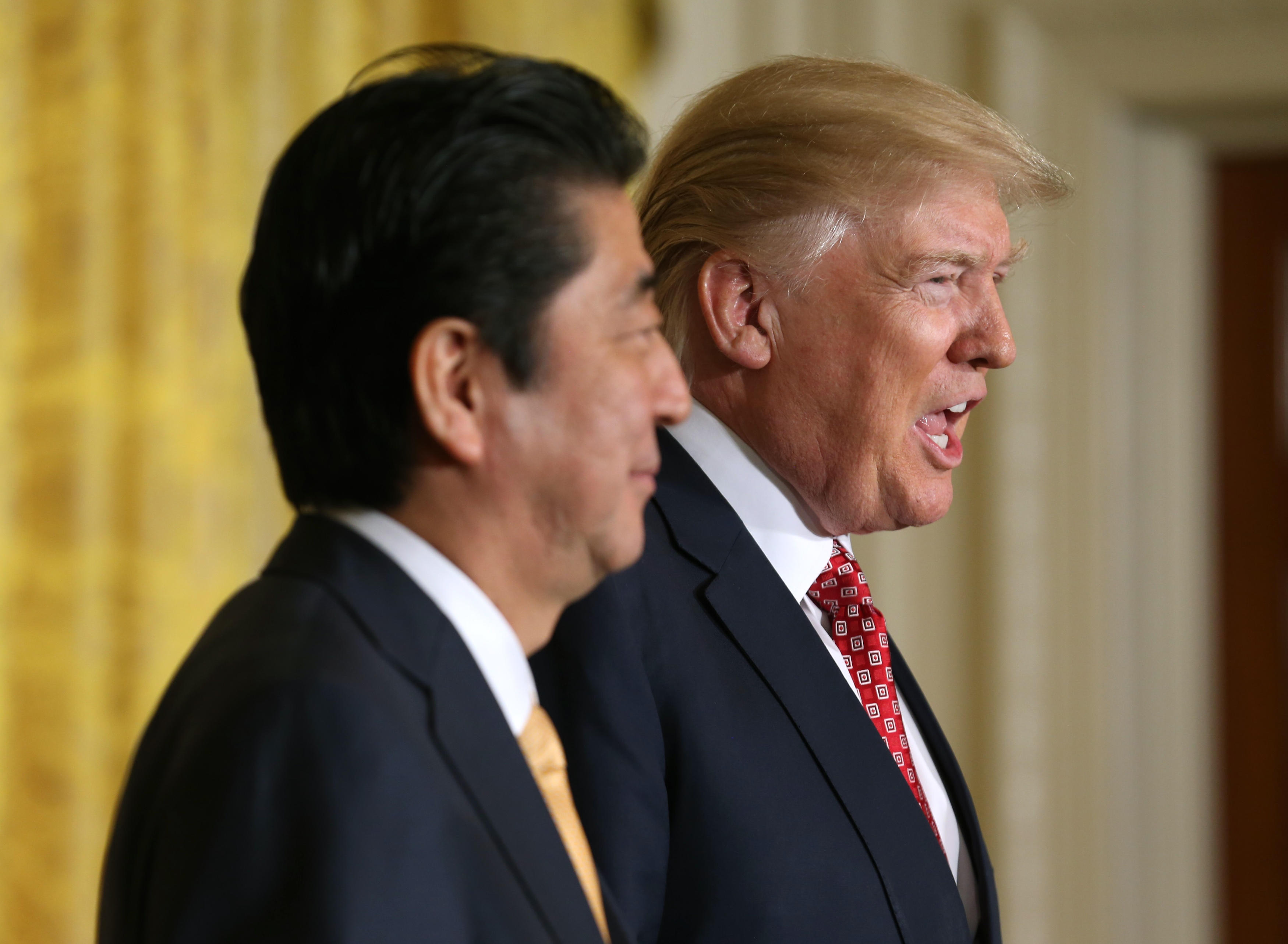 Under the president’s executive order, individuals from seven countries -- Iran, Iraq, Syria, Yemen, Somalia, Sudan and Libya -- were to be banned from traveling to the U.S. However, a federal court in Seattle suspended the ban nationwide days after it was signed, which effectively nullified the ban for now.

Other leaders of America’s closest neighbors and allies, such as Mexico, Britain and Australia, have been singed by their encounters or conversations with Trump. But Japanese officials are optimistic the invitation to visit Mr. Trump’s “Winter White House” signals a more positive outcome.

The meeting comes as Mr. Trump appears to be shifting toward a more mainstream stance on U.S. policy toward Asia - consolidating alliances and cooperating with rising power China.

Late Thursday, Trump reaffirmed Washington’s long-standing “one China” policy in a call with Chinese President Xi Jinping. The move will likely ease anger in China over his earlier suggestions that he might use Taiwan as leverage in negotiations over trade, security and other sensitive issues.

The economic side of the U.S.-Japan relationship is more uncertain.

One of Trump’s first actions as president was to withdraw the U.S. from a 12-nation, trans-Pacific trade agreement that was negotiated by the Obama administration and strongly supported by Tokyo.

During the news conference, Abe diplomatically ducked a question about Mr. Trump’s withdrawal from the Trans Pacific Partnership (TPP), but CBS News’ Margaret Brennan reports that privately, he will tell the president that dropping the trade deal was the wrong decision, and he plans to keep Japan in the TPP. This would complicate Mr. Trump’s plan for a bilateral trade deal.

After the news conference, the president and Abe had a working lunch and then departed for Mar-a-Lago, where they will have dinner and play a round of golf.