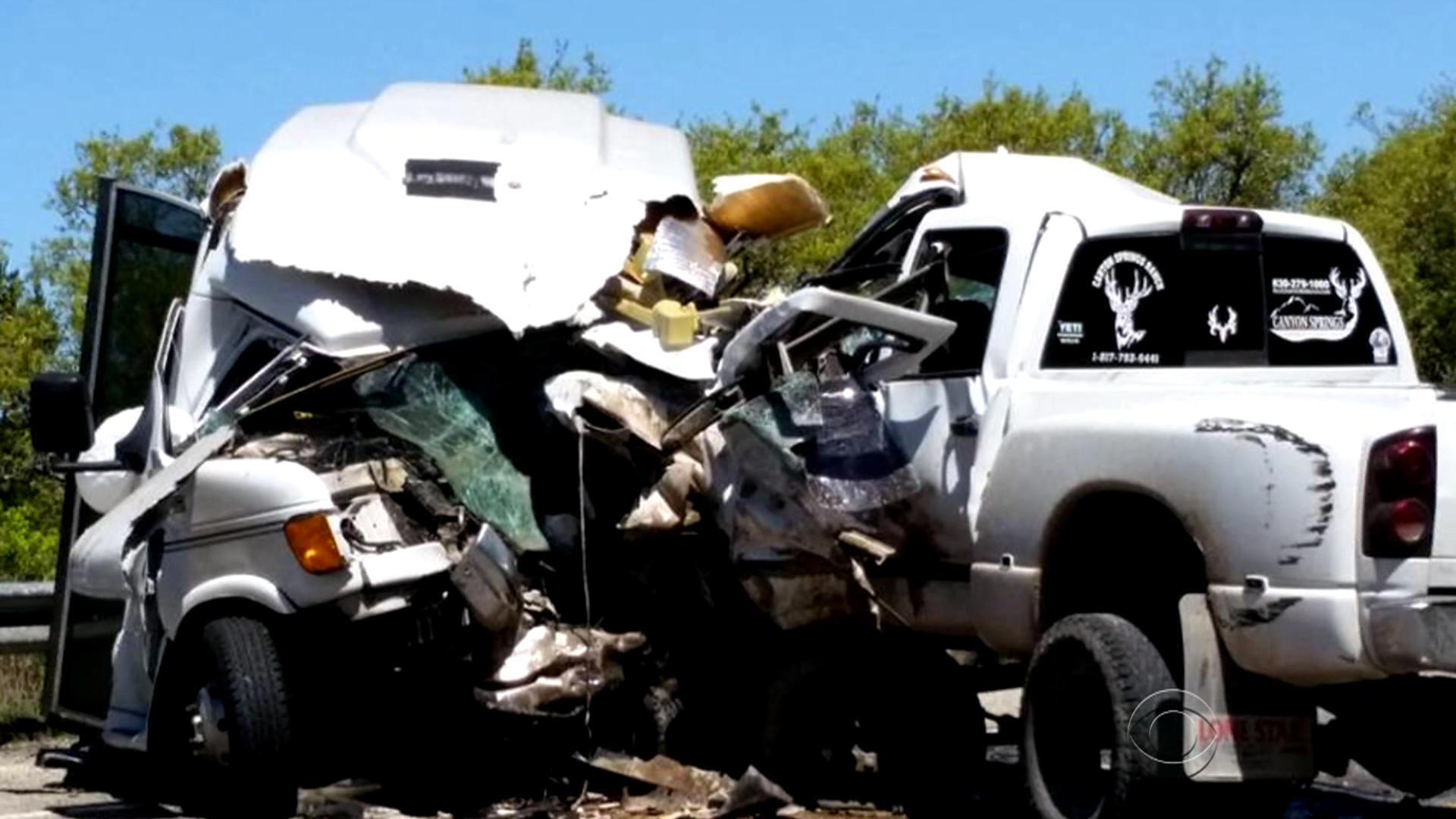 UVALDE, Texas - A grand jury has indicted a Texas man whom authorities accuse of causing a traffic collision that killed 13 people in a minibus returning from a church retreat in March.

Young turned himself in Wednesday and was being held on a $380,000 bond, District Attorney Daniel Kindred said in a statement emailed Thursday.

Jail records don't indicate whether Young, of Leakey, Texas, has an attorney.

A National Transportation Safety Board report says Young told investigators he was checking his phone for a text when the crash happened March 29, near San Antonio. He said he had taken prescription drugs before the crash and investigators found marijuana in his pickup, the report said.

An NTSB review of a 14-minute video shot by a motorist trailing Young's pickup prior to the crash showed Young's truck cross the double yellow center line 19 times, the solid white shoulder lines 37 times and the grass shoulder at least five times, according to the report.

The driver and 12 passengers on the bus from First Baptist Church of New Braunfels were killed. One passenger survived. All were senior adult members of the church.

At one point, the video even shows the pickup driving on the wrong side of the road. Investigators estimated the truck was traveling from 67 to 71 mph in a 70-mph zone, based on an analysis of the video.

Officials from Uvalde and Real counties confirmed they had received phone calls about a white pickup driving erratically and crossing the highway shortly before the wreck.

Young was not wearing his seatbelt while most if not all of the 14 church bus occupants had been wearing theirs, the NTSB said.

The wreck happened on a two-lane highway about 75 miles west of San Antonio.

An affidavit from a Texas Department of Public Safety trooper seeking a blood test for a toxicology report said there was probable cause to believe Young was intoxicated during the collision because Young acknowledged ingesting the prescription drugs, including clonazepam and the generic forms of Lexapro and Ambien.