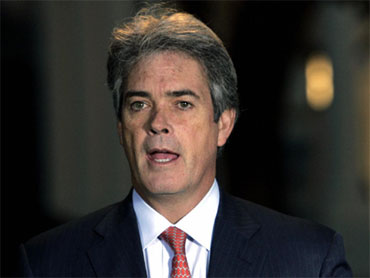 Troubled CNN is looking to give a facelift to its morning news show, seeking a more "upbeat" mix of stories and leaving anchor John Roberts behind in the process.

The network said Tuesday that Roberts, a former CBS News anchor, has left the show. Roberts is engaged to CNN anchor Kyra Phillips and has requested a reporting assignment that will take him closer to her home and the network's Atlanta base.

"American Morning" has been a traditional news program, heavy on politics and international news, often with long news packages. Ken Jautz, executive vice president in charge of CNN, said in a memo to staff members Tuesday that he wants a greater mix of stories.

"I've asked for the show to be more upbeat and faster-paced and for us to look carefully at the kinds of stories we are doing during that (time)," Jautz said in the memo.

CNN also said that Tony Harris, a veteran daytime anchor, will be leaving by the end of the year.