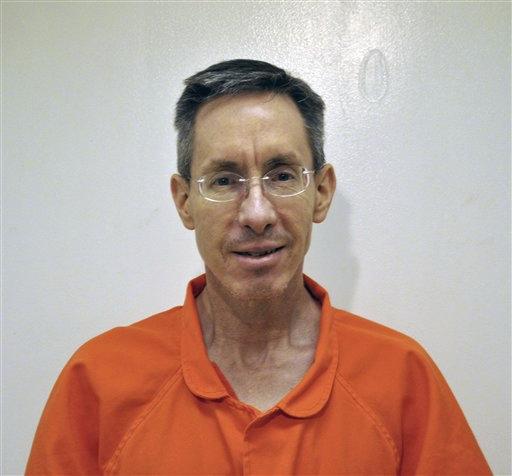 SAN ANGELO, Texas (AP) - Polygamist sect leader Warren Jeffs won't stand trial in Texas until at least July after hiring a new lawyer, who argued Monday that the "awesome" amount of evidence in the criminal case is too voluminous to prepare a defense anytime soon.

A judge agreed and postponed Jeffs' trial on charges of having sex with two children at the Yearning for Zion ranch for a second time. The trial was moved from February to July 25, and Jeffs' new attorney cautioned that he may ultimately request an even later date.

State prosecutors requested that Jeffs stand trial before the end of the year.

Jeffs, 55, arrived in a West Texas courtroom with prominent Fort Worth, Texas, attorney Jeff Kearney, who told state District Judge Barbara Walther about others describing to him boxes of evidence that, if stacked floor to ceiling, could practically fill the courtroom.

Walther, sounding understanding, told Kearney that she believed there were some 13 terabytes of evidence also stored digitally.

"I've had things described to me that make me think this is an awesome task," Kearney said.

Jeffs, the ecclesiastical head of the Fundamentalist Church of Jesus Christ of Latter Day Saints, is accused of aggravated sexual assault, sexual assault and bigamy. Prosecutors say Jeffs had sex with two children, one under age 14 and the other under age 17.

Since being extradited to Texas in November, Jeffs has appeared in court with four different attorneys and had his trial date pushed back twice. During his previous court appearance earlier this month, he fired his last attorney after only a few hours.

The evidence that Kearney is tasked with sorting through includes thousands of pages taken from the Yearning for Zion ranch during a weeklong raid in April 2008. State authorities entered the ranch in search of evidence of underage girls being forced into polygamous marriages. More than 400 children living there were temporarily seized in one of the largest custody cases in U.S. history.

Records taken from the ranch includes journals written by Jeffs. His writings indicate strict control over the smallest details of how residents were to live, from how the collar on the women's dresses should look to how high drapes should hang off the floor. Jeffs also decided who would be married to whom, according to documents seized by authorities.

The Yearning for Zion ranch raid nearly three years ago left a dozen men in the church facing charges that include sexual assault and bigamy. Seven have been prosecuted since last year, and all were convicted. Only in one case have jurors deliberated more than two hours.

Walther has presided over each of the trials. She told Kearney that while she understood the volume of records with which Kearney must now familiarize himself, she had to set a date.

"A lot of the facts of these cases are pretty simple," Walther told Kearney. "But I understand your problem."

Kearney has represented several newsmakers from his Fort Worth practice. They include convicted former Dallas state Rep. Terri Hodge, who pleaded guilty last year in a corruption case, and a Texas woman who struck a homeless man in 2001 with her car, then drove home with his mangled body jammed in the windshield and left him to die in her garage.

The next pretrial hearing for Jeffs was set for March 25. Kearney indicated that he may seek to push back that hearing, too.