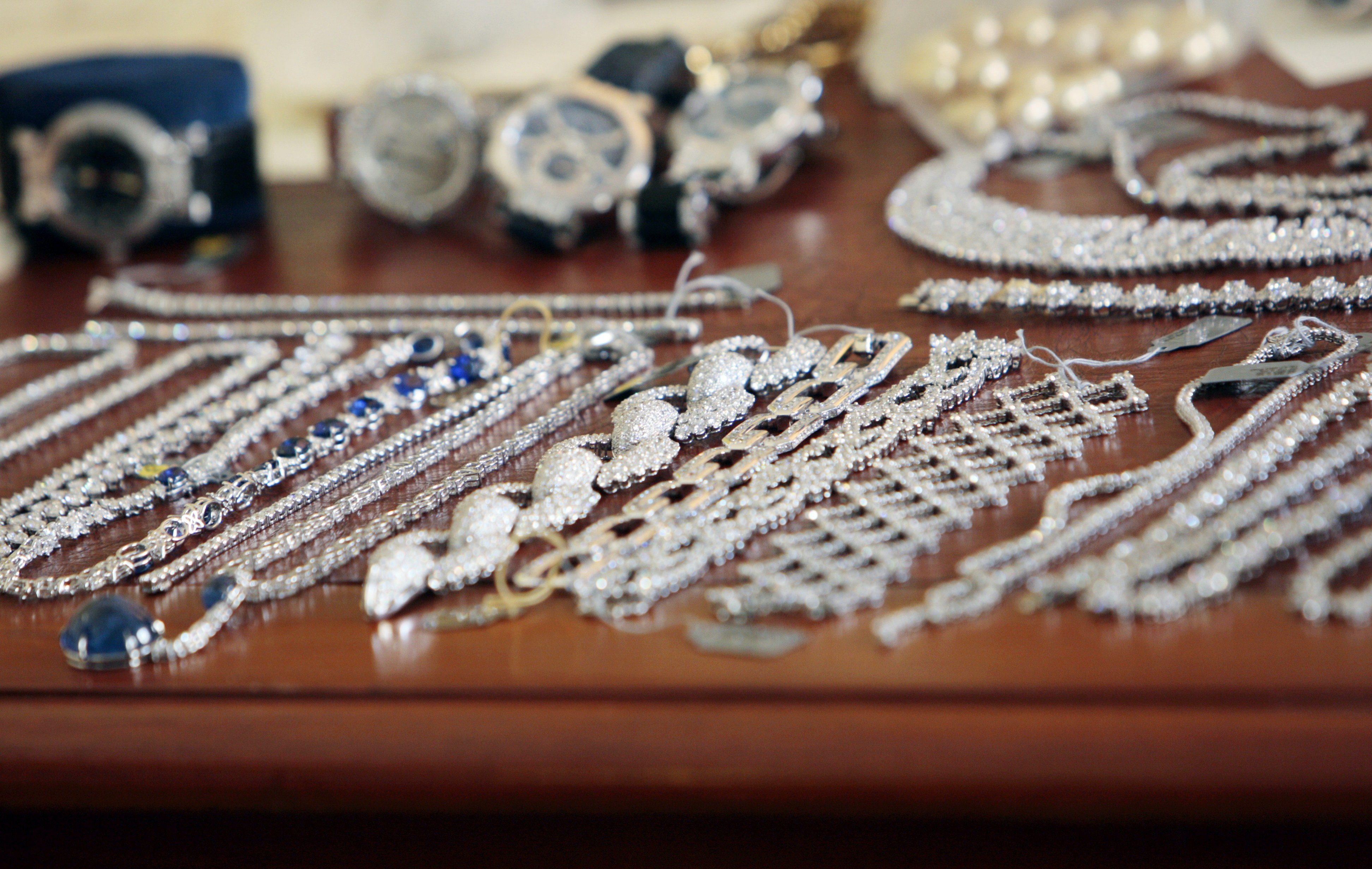 PARIS -- It was one of the most spectacular robberies of recent times. Three cross-dressing gunmen donned silky wigs and skirts to get inside the Harry Winston jewelry store in Paris, successfully making off with an estimated $92 million in jewels in 2008.

It took them less than 20 minutes to steal 297 pieces of jewelry and 104 watches, according to court documents.

A year before, four men dressed as building painters had slipped into the same store's service entrance, tying up staff and stealing 360 items of jewelry and 120 watches, according to the charges.

Authorities later determined that both heists were orchestrated by a single group.

On Tuesday, eight men appeared in a Paris court for the two heists, which authorities estimate netted over 100 million euros ($113 million) in luxury watches, necklaces, earrings and other valuables. Many of the jewels have still never been found.

The scruffy-looking suspects who slouched in their seats at the start of the monthlong trial were a far cry from the Hollywood image of those who carry out audacious jewelry heists.

"Look at all the TV series of jewel heists, where you have people wearing masks, flak jackets. And here, we have stockings and high heels," said defense lawyer Eric Dupond-Moretti.

The defendants -- who range between 28 and 59 years old -- are charged with a variety of offenses, including armed robbery in an organized gang, association with a criminal enterprise and receiving stolen goods. Some are repeat offenders.

His 59-year-old brother Mohammed, who was also on trial, looked nervously down at a piece of paper Tuesday while another suspect, 39-year-old former Harry Winston security guard Mouloud Djennad, looked cool and unfazed by the proceedings. Djennad is charged with being an insider accomplice.

One defendant, Hassen Belferroum, says he was scooped up unfairly and is innocent, according to his lawyer.

Some stolen jewels were found when police rounded up 25 people in a 2009 sweep. In 2011, 19 rings and three sets of earrings worth a total of 18 million euros ($20.4 million) were dug out from a Paris-area rain sewer near Douadi Yahiaoui's house, authorities said. They were hidden in a plastic container set in a cement mold.