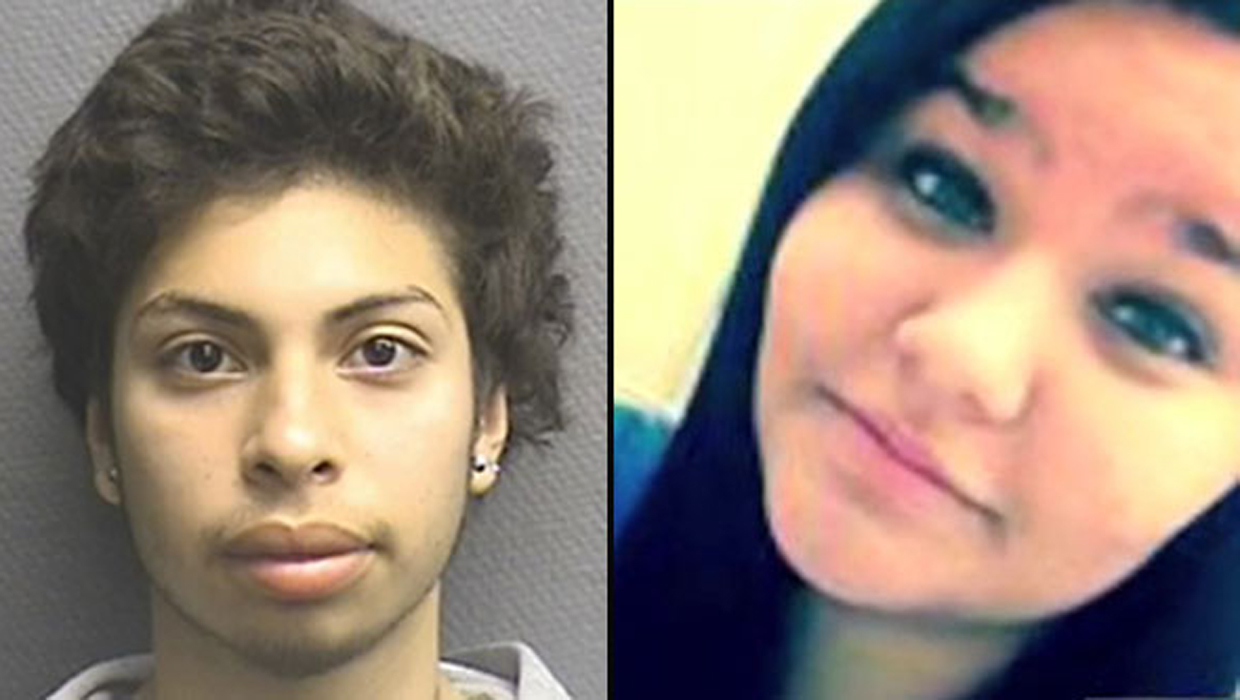 HOUSTON - A teenager accused of killing a girl in a satanic ritual had gouged out her victim's eye as she begged for her life, prosecutors said Monday during the opening of the teen's capital murder trial.

Opening statements began in the trial of 18-year-old Jose E. Reyes, who prosecutors say is responsible for the February death of 15-year-old Corriann Cervantes in a vacant apartment southeast of Houston.

A 16-year-old boy also is charged with capital murder and is expected to stand trial later.

Reyes, who was 17 at the time of the crime, faces a life sentence if convicted of capital murder but would be eligible for parole after 40 years, according to the Houston Chronicle. If he's convicted of murder, the jury would determine his punishment.

Prosecutors contend the two teens were hoping to make a deal with the devil when they disfigured the girl's body, including carving an upside down crucifix on her stomach.

"Whether or not the devil was involved, what happened in that apartment was sadistic and inhumane," Harris County Assistant District Attorney John Jordan told jurors. "He said he had no regrets."

Jordan told jurors Cervantes and the alleged assailants, who attended school together, went to the apartment to have sex after a late night of alcohol and marijuana use at a friend's apartment. He said the scene descended from consensual sex to a brutal beating with the heavy porcelain lid of a toilet tank.

"There were pieces of porcelain embedded in her face," Jordan said.

He said the teens used a screwdriver to stab Cervantes in the face and torso dozens of times.