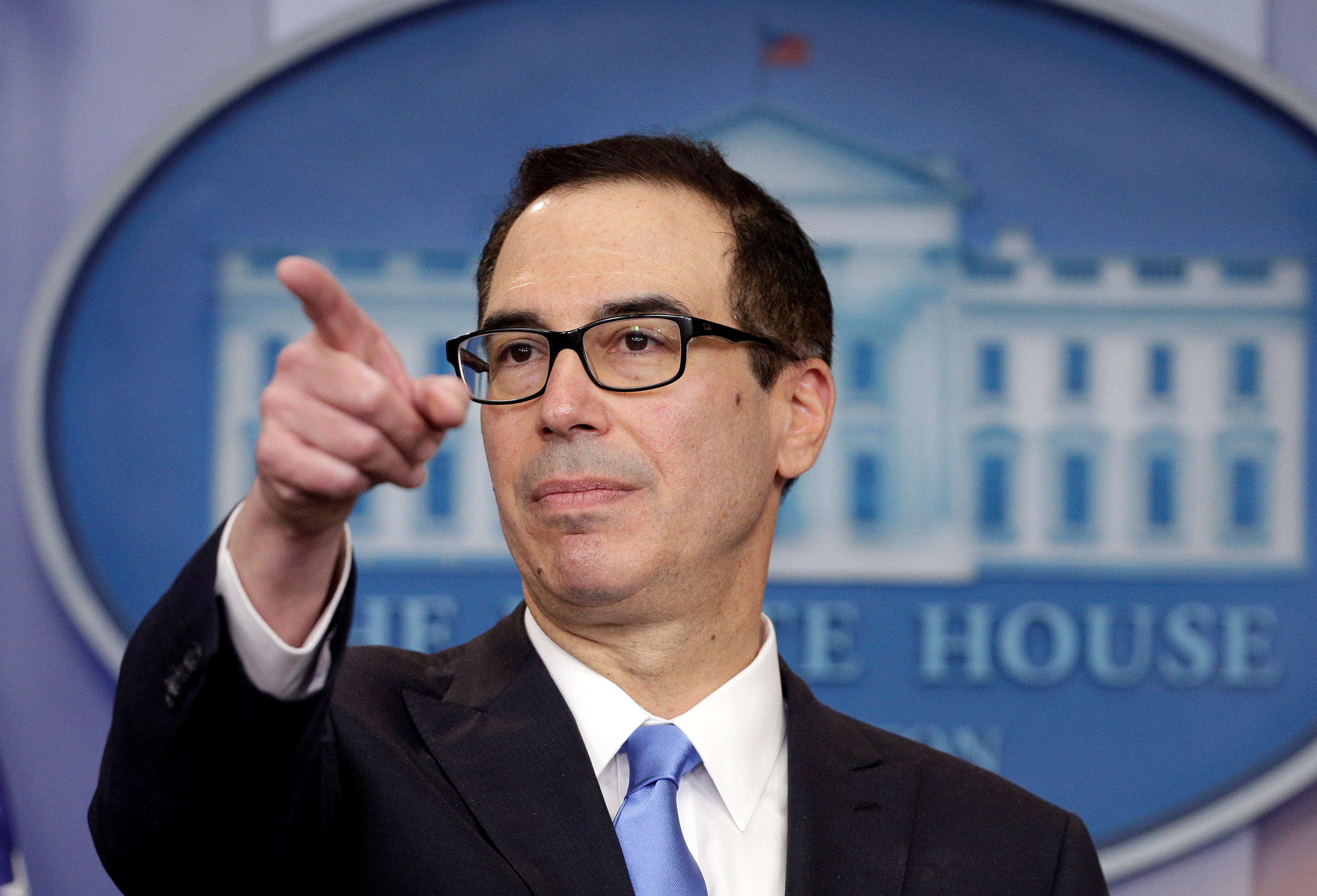 At the White House briefing Monday, Treasury Secretary Steven Mnuchin announced new sanctions against the Syrian government on Monday in the wake of the chemical weapons attack alleged to have been carried out by the Assad regime three weeks ago.

The sanctions are intended to hold the Assad regime and those who support it accountable for what Mnuchin called “blatant violations” of the chemical weapons convention and U.N. Security Council resolutions.

The U.S., Mnuchin said, is sending a strong message that the use of chemical weapons by any actor will not be tolerated and would instead hold countries accountable for what he called unacceptable behavior.

The Treasury Department, he said, will work conjunction with State Department officials and international partners to shut down financial networks of those who are working to produce or use any chemical weapons.

Mnuchin did not expand on any new sanctions against North Korea and Iran but said administration will continue to add and monitor the need for further sanctions as appropriate.

In response to a question from CBS News’ Major Garrett, Mnuchin did not elaborate on exactly what the sanctions would do, but noted the sanctions would both freeze assets and prevent the U.S. from doing business with any entities involved in the region.

The sanctions announced Monday are the latest U.S. response to Assad’s alleged use of chemical weapons, most recently in rebel-held northern Idlib, in an attack that killed over 80 civilians. Soon after, the U.S. launched airstrikes against the Syrian airfield where the chemical weapons used in the attack were believed to have been stored.